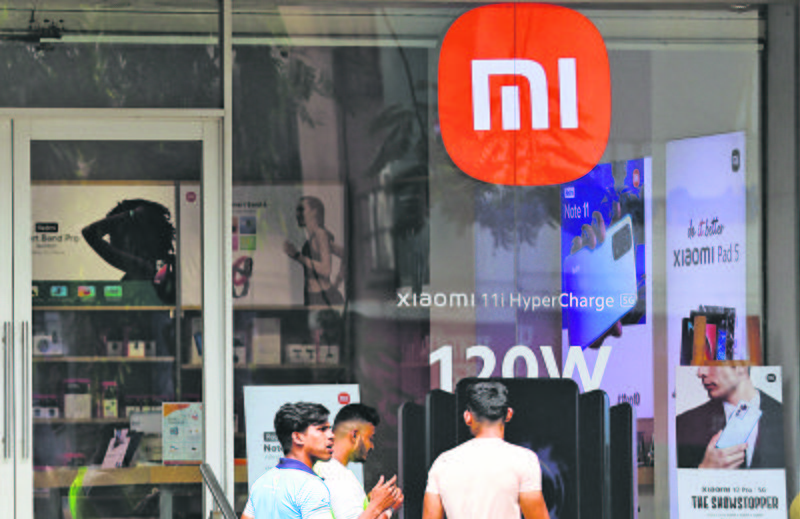 The day the Indian Army Chief stated that China intends to “keep the border issue alive”, the Communist Party of China (CPC) sermonised India to “treat its companies fairly”, especially with reference to the multi-billion-rupee fraud case against Xiaomi.

The irony is that the border issue is 72 years old and China is not interested in resolving it. The Xiaomi fraud case, on the other hand, is still unfolding, but the CPC wants India to “be fair”, thereby hinting that the case against the erring company should be closed so as to ensure uninterrupted flow of profit to Beijing. “Delhi, do justice, and work fast for our trade and profit; your territory can wait” is the unsaid message to India.

Compare this “fair and quick” solution to the Xiaomi fraud case with an obstinate China’s gross unjust act which is ruining the career of 23,000 Indian students, enrolled in various Chinese institutions to become doctors. For more than two years, they have been idling at home all over India. Instead of being academically involved in their respective institutions — hospitals and medical colleges — for hands-on training to treat patients, they now face a grim future after spending millions of rupees for a foreign degree as the loaned money will have to be returned to the lenders.

But that’s not to be. The CPC’s act is akin to the endless unfolding of Sun Tzu’s Art of War: subdue the adversary without a fight, demoralise the adversary through psy-war. The adversary will succumb once his will to fight breaks.

Thus, the CPC has unethically dragged the students’ issue. Despite Delhi repeatedly raising students’ concerns, the Dragon just won’t budge. The CPC is creating wealth for itself by compelling Indians to while away their time, and yet continue to pay tuition fee, food, board & lodging and hostel charges to China without being there. So, Indian students do nothing, learn nothing, but pay through the nose to the Dragon. The latter too does nothing, teaches nothing and yet earns millions. Money comes on time through electronic transfer into the banks of China.

Thus, after more than two years of one-way visa traffic from China to India, New Delhi decided to act. So, one day in April, the Indians learnt from the International Air Transport Association (IATA) announcement that “India suspends tourist visas… to Chinese nationals…visas issued to nationals of China (People’s Republic) no longer valid.” Interestingly, however, the announcement didn’t come from the Indian establishment.

Nonetheless, India’s visa ban on Chinese tourists was a belated yet commendable and overdue retaliation to Beijing owing to Delhi’s inability to convince the CPC to resolve the future of 23,000 Indian medical students in China, who continue to be confined at home. Pushed to the corner, the S Jaishankar-led MEA rightly sprang to its feet, facing the CPC’s “capitalist predator” under the guise of “proletariat dictator”.

So, after China denied visa to Indians and its students for more than two years, when Delhi hit back, and stopped tourist visas to the Chinese, the CPC blinked. It’s now urging Delhi not to do this. Indians can be ruined but the Chinese shouldn’t be touched? Only Hans should enjoy all the leisure, pleasure and privilege of Hindustan? Not Indians and their children?

Expectedly, the Chinese made a volte-face, after their citizens’ visa denial/ban by India. Beijing now indicated its ‘willingness’ to ‘facilitate’ the return of Indian students on “need-assessed basis”. The arrogance of the ‘Middle Kingdom’ continues unabated as the Chinese play with the future of Indian students! What’s this “need-assessed basis”? Who’s going to assess, India or China? The supreme need of the students is to finish their course for which they enrolled in the university of their choice. So, why this repeated interruption?

Second, why should the Indian mission in Beijing succumb to the Chinese ‘demand’ pertaining to “Indian students enrolled in Chinese universities to provide their details in prescribed form to allow China’s authorities to draw up a list of those who can return to their campuses?”

Further, why exact more money from the Indians by imposing the unilateral condition that “eligible students will have to unconditionally abide by Covid-19 prevention measures and also bear the related expenses”? Covid prevention is understood. Why extra monetary burden on the Indian students? What’s the much-vaunted “socialist communist” Chinese system doing? Only making money from those whose careers have been put in peril?