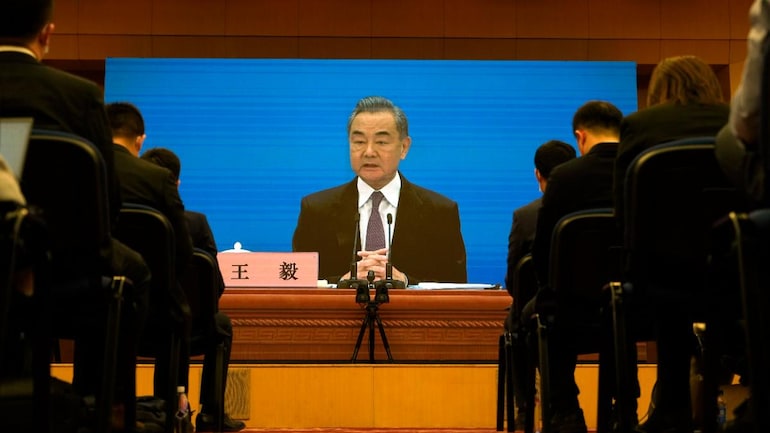 China’s top diplomat on Monday accused Washington of trying to create an Asian version of the US-European NATO military alliance and said it is up to the Biden administration to improve relations with North Korea.

US policy toward East Asia and the Indian Ocean and efforts to strengthen military ties with Japan, Australia and India are a “disaster that disrupts regional peace and stability,” Wang Yi said at a news conference.

The comments reflected the ruling Communist Party’s ambitions to be Asia’s undisputed power and its frustration with resistance from neighbours to its territorial claims in the South China Sea and the Himalayas.

They also reflect Beijing’s stance toward Russia’s invasion of Ukraine. China has sought to distance itself from the war by calling for dialogue and respect for national sovereignty.

It also has said Washington is to blame for the conflict for failing to take Russia’s security concerns into consideration.

Wang complained Washington is organizing US allies to “suppress China.”

Beijing is irritated by growing military ties among the Quad nations of the United States, Japan, Australia and India. China criticised a US decision last year to supply technology for Australia to field its first nuclear-powered submarines.“The real purpose of the Indo-Pacific strategy’ is to create an Indo-Pacific version of NATO,” he said. The Western alliance’s expansion was cited by Russian President Vladimir Putin as one reason behind his invasion of Ukraine.

Beijing’s assertive foreign policy and claims to disputed territories in the South China Sea and the Himalayas have antagonised Japan, India and other neighbours.

Wang called on the Biden administration to revive the spirit of the 1970s agreements that opened US relations with the communist Beijing government.

Washington should “return to the right track of rationality and pragmatism,” he said.

“Where to go next depends largely on what the American side does: will it really take concrete actions to solve the problem, or will it continue to use the (Korean) peninsula issue as a strategic bargaining chip?” Wang said.