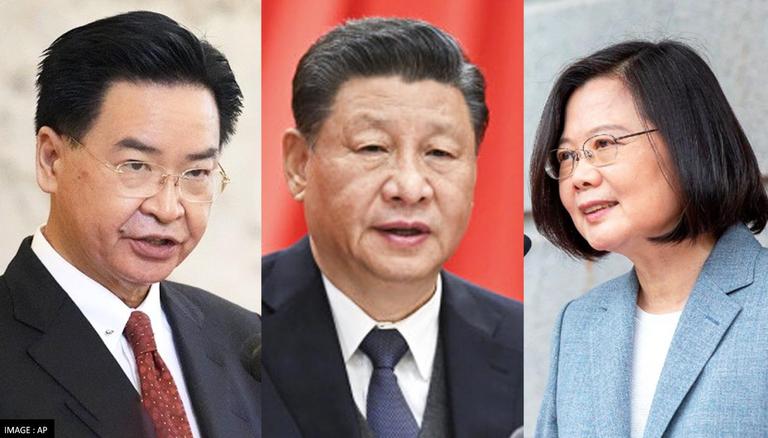 China could start an armed conflict in the Taiwan Strait in a bid to deviate from the domestic issues within the country, self-ruled island’s Foreign Minister Joseph Wu said in an interview with ITV News’ Asia correspondent Debi Edward. China is expected to resort to armed conflict, to distract the attention of Beijing’s nationals from the looming internal crises such as China’s economy becoming stagnant, its human rights abuses against the Uyghur minority community, the lowering birth rates due to controversial ‘one child’ policy, and more.

China may conjure up a conflict in the strait as a distraction, said Foreign Minister Joseph Wu, adding that Taiwan needs to strengthen its self-defense capabilities. Joseph Wu iterated that whether China attacks or not, Taiwan needs to be fully prepared to defend its territorial sovereignty and democracy. Wu also stated that China is currently hosting the 2022 Winter Olympics, and therefore it might not launch an offensive on Taiwan at this point in time.

The minister, however, warned that the threat of an attack is looming as China does not like its “national glory” getting undermined. He pointed out the repeated incursions by the Chinese PLA, which have conducted over 1,000 sorties into Taiwan’s air defense identification zone last year in 2021. “China’s intention to invade Taiwan has never gone away,” he said in the interview with ITV.

Wu also voiced concerns about Hong Kong where Beijing enacted its draconian National Security Law in 2020 and has been arbitrarily detaining pro-democratic forces. He hailed Taiwan’s democratic allies and partners, stressing that they put “great importance on peace and stability in the Taiwan Strait.” He also welcomed ‘freedom of navigation’ exercises by the allies in the strait and the East and South China Seas.

Joseph Wu had earlier encouraged the European Union nations and other countries to ‘think twice’ before becoming too economically and politically reliant on China. He reminded that the EU’s intervention has put a stumbling block in Beijing’s plans to annex Taiwan and that their foreign policy can become skewed, and if their actions proved that they were dependent on China. Beijing, meanwhile, continues to claim its sovereignty over Taiwan. Chinese Foreign Minister Wang Yi has repeatedly said at the conferences that Taiwan “has no alternative destiny” but reunification with China and that it has no international legal position other than that of a Chinese province.