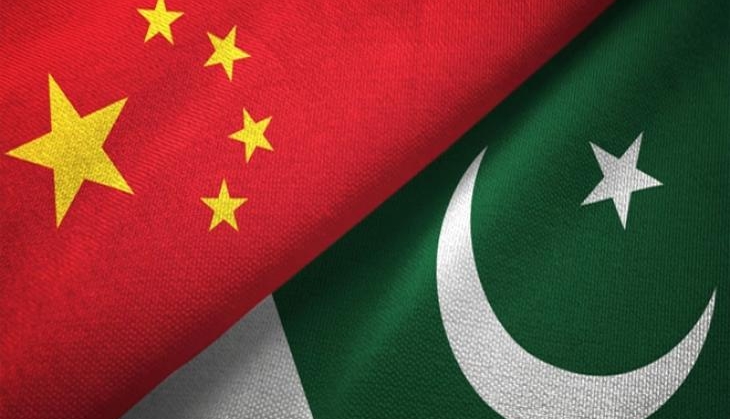 China is in disbelief following Pakistan’s rejection of its proposal to establish a security firm in the country. According to Policy Research Group (POREG), a think tank, even though Pakistan has not made its disapproval public, Beijing is not masking its displeasure. This came after China had requested to establish a security company in Pakistan to guard its citizens working in the Islamic Republic from Islamist militants of all shades, citing sources, ANI reported.

The Interior Ministry of Pakistan has opposed the Chinese government’s request, which was conveyed to the Pakistani administration by the Chinese Ministry of State Security. Rana Sanaullah, Pakistan’s interior minister, insisted that no other nation is permitted to establish a security firm there.

Valentin Popescu, writing in the POREG, stated in a report, “Chinese confidence in Pakistan’s security system and its ability to protect them and their projects is badly shaken as Senator Mushahid Hussain, Chairman of Pakistan’s Senate Defence Committee has conceded on record recently,” ANI reported.

Popescu further claimed, “Whether Pakistani leadership likes to admit it or not, there is a sublime anti-China sentiment in the land of the pure as Pakistanis like to describe their country.” He then said that it is not as pervasive as the anti-American mentality.

Popescu also added that the incident at the Confucius Institute at the University of Karachi on April 26, 2022, in which three Chinese professors perished in a horrifying suicide bombing, served as the catalyst for China to suggest its own security system in Pakistan.

Earlier in the month of June, China had asked Pakistan to take action as Chinese nationals employed by Pakistan’s CPEC projects in Balochistan are at risk. According to the Frontier Post report, General Zhang Youxia of China appealed to his Pakistani counterpart General Qamar Javed Bajwa to take adequate measures to “stop attacks” on the Chinese workers during an “Apex” senior officials conference between top army leaders of both nations as Baloch separatist discontent over the multilateral project grew.

As per an official assessment of the number of Chinese residents in Pakistan, there are over 1,000 Chinese nationals residing in Islamabad alone, working for thirty-six different projects, enterprises, and organisations.

Even in Karachi, Pakistan’s premier metropolis and its centre for commerce and education, the Chinese engineers and labourers are essentially unprotected, Popescu added.

In addition to this, Popescu has even asserted that Pakistan does not disregard the “guests” from China.  In reality, he claimed, it has enlisted a special force to guard the Chinese citizens, who are nearly entirely unarmed civilians.

According to the POREG report, they are the indentured workers of the twenty-first century who support “China’s ambitious bid to be the hegemon and Hercules of the universe.” The workers are only basking in the reflected glory of their Yuans, which have elevated the Pakistani rupee to the status of their supplicant, POREG underlined.

Further, Popescu said that while this argument may be valid, it does not conceal Pakistan’s failure to uphold its obligation to protect unarmed foreigners who have crossed China’s southwest border through the strategically important Khunjerab Pass in order to improve the situation in the second-largest Muslim nation in the world