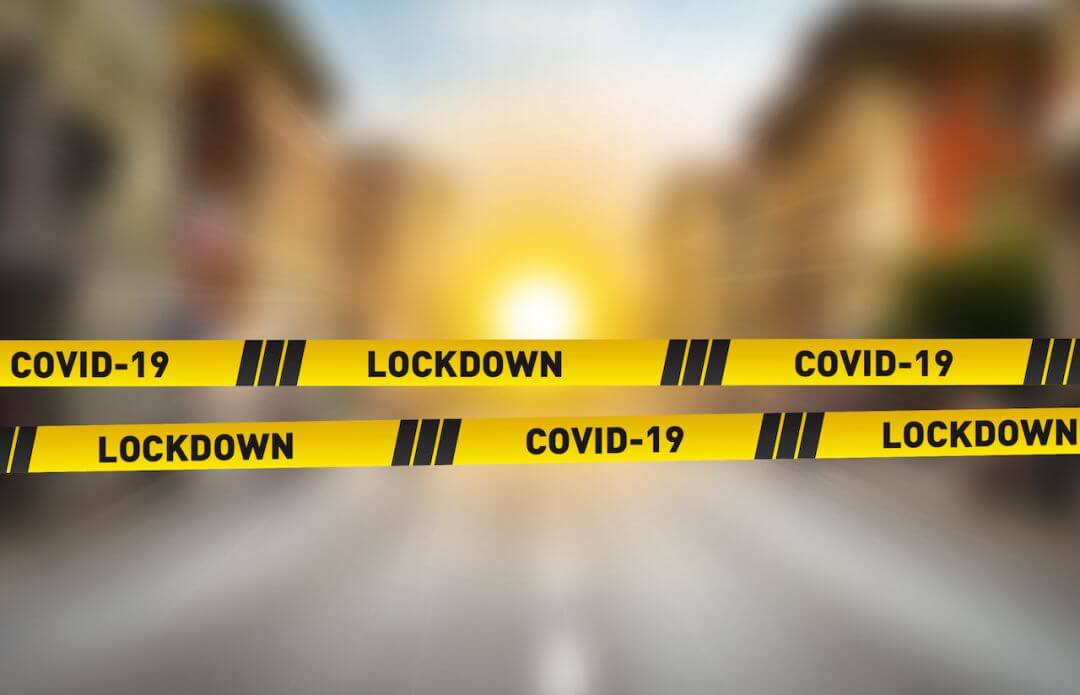 China put hundreds of thousands more people under lockdown Tuesday to try and stamp out a worsening coronavirus outbreak, as infections hit new highs in multiple US states and Europe.

Covid surges have wreaked havoc around the world, with many nations in Europe and North America trying to strike a balance between economically punishing restrictions and controlling the spread of the virus.

The United States halved the isolation period for asymptomatic cases to try and blunt the disruptions, while France ordered firms to have employees work from home for at least three days a week.

Despite facing a much smaller outbreak compared with global virus hotspots, China has not relaxed its “zero Covid” strategy, imposing stay-at-home orders in many parts of the city of Yan’an.

The hundreds of thousands of affected residents there joined the 13 million people in the city of Xi’an, who entered a sixth day of home confinement as China battled its highest daily case numbers in 21 months.

“I’m about to be starved to death,” wrote one Xi’an resident on the Twitter-like Weibo platform.

“There’s no food, my housing compound won’t let me out, and I’m about to run out of instant noodles… please help!”

Many Xi’an residents have similarly complained on social media about the restrictions, which include a ban on driving and only one member of a household permitted to go outside for groceries every three days.

This lockdown is the most sweeping in China since the similarly-sized city Wuhan was cut off from the world in the early days of the pandemic.

The surges in many countries have been propelled by the highly transmissible Omicron virus variant, hammering vulnerable sectors such as travel.

Some 11,500 flights have been scrapped worldwide since Friday, and tens of thousands more delayed, during one of the year’s busiest travel periods.

The surge in the United States has been fuelled by the Omicron variant, as well as large pockets of unvaccinated residents and a lack of access to quick and easy testing.

President Joe Biden said Monday some US hospitals could be “overrun” but that the country was generally well prepared.

He stressed that Omicron would not have the same impact as the initial Covid-19 outbreak or the Delta variant surge this year.

In an effort to prevent mass labour shortages during the surge, the US Centers for Disease Control and Prevention on Monday cut the isolation period for asymptomatic cases from 10 to five days.

The United States is the nation hit hardest by the pandemic, and is closing in on its daily high of 250,000 cases recorded last January.

Governments worldwide are scrambling to boost vaccinations, stressing that the overwhelming majority of Covid-19 hospitalisations and deaths are occurring among the unvaccinated.

Many nations have also been forced to bring back unpopular and economically painful restrictions.

“Something has to be done to bring the infection figures down,” a Berlin resident told AFP TV.

The new measure, in place for at least three weeks, is one of several announced after a crisis cabinet meeting on Omicron, which is threatening to overwhelm hospitals.

However, similar to the United States, Prime Minister Jean Castex said France will announce by the end of the week a reduction in quarantine and isolation periods for Covid cases and their contacts.

The new Covid wave has, once again, also caused chaos in the sporting calendar.England’s Premier League announced that a record 103 players and staff had tested positive in the past week. So far in December, 15 games have been postponed.