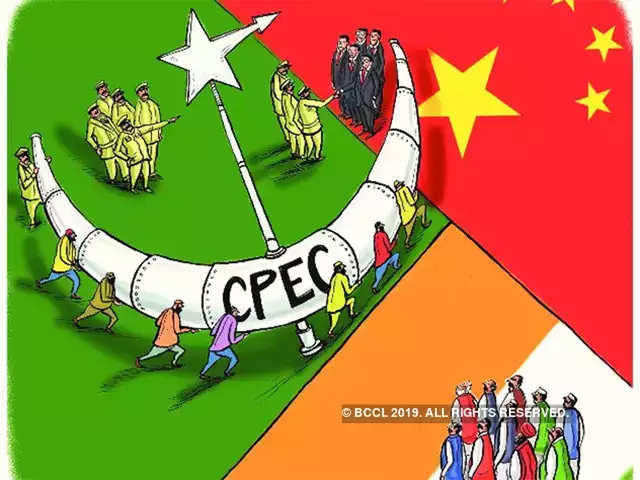 The China-Pakistan Economic Corridor (CPEC) has become a too-big-to-fail undertaking for both countries. Both Beijing and Islamabad are heavily invested in this flagship program. Its developmental and transformative impact on the South Asian economy is well recognized, while its strategic and geopolitical value for China is undeniable. Despite delays, the pipeline of projects under its banner is likely to be insulated from political turbulence or leadership transition in Pakistan. Prime Minister Shehbaz Sharif commits his country to work with its neighbor in accomplishing agreed projects as his embattled predecessor Imran Khan did.

CPEC is a $62 billion package of projects ranging from transportation, energy, port construction, industrial cooperation, and even social sector development. Beyond building and upgrading the backbone of Pakistani infrastructure, it will also unleash an immense connectivity spillover that will benefit not only the two countries concerned but also neighboring Afghanistan and Central Asia. Providing access to the sea for these landlocked countries via the Gwadar port can have tremendous benefits for their external trade. Among the completed CPEC projects include the Sahiwal and Port Qassim coal-fired power plants, the Havelian-Thakot section of the Karakoram highway, the Multan-Sukkur segment of the Peshawar-Karachi motorway, a metro line in Lahore and the cross-border fiber optic cable linking Khunjerab and Rawalpindi.

Rolled out in 2013, the 15-year CPEC is a key component of Beijing’s massive Belt and Road Initiative. The connectivity that it will bring will deepen the “iron brotherhood” between the two countries and can go beyond economics into robust top-level political ties, defense cooperation, and even strategic alignment. Collaboration to secure CPEC projects can grow to a broader partnership to fight terrorism and extremism. Worries that external forces in collusion with some local armed groups will undermine CPEC may engender greater China-Pakistan bilateral security ties.

As such, New Delhi may look at these developments with unease. CPEC encompasses disputed territory with a neighbor over which three wars have been fought.  It will also expand the influence of another increasingly powerful and assertive neighbor in China, with which it also fought a bitter war and, to this day, has unresolved boundary disputes with. In fact, occasional skirmishes continue to occur along the extensive contiguous undelimited India-China Himalayan border. Delhi may also be concerned about Pakistan’s growing indebtedness to China as this may make Islamabad more beholden to Beijing and accommodating of the latter’s larger ambitions. CPEC may have a game-changing impact on the regional balance of power, tilting it in China’s favor, much to India’s chagrin. Gwadar Port, for instance, forms part of a string of potentially dual-use Chinese-funded or built ports rimming the Indian Ocean, which can enable Beijing to project power in this part of the Indo-Pacific.

Delhi works with partners to enhance security and offer alternatives

Indian responses to CPEC and China’s broader infrastructure forays in its neighborhood are two-pronged. One is to double down on bilateral and minilateral security engagements with other middle and great powers. Second is to offer financing alternatives to its neighbors to mitigate their growing reliance on China’s state-backed funding. The annual Malabar Exercises provide a venue to demonstrate Delhi’s willingness to train with partner navies to enhance operational readiness and discuss shared maritime issues of concern. The Quadrilateral Security Dialogue (Quad) is another platform whose importance in Delhi is likely to increase despite differences over the Russia-Ukraine War. Last April, India and the United States held their fourth 2+2 Ministerial Dialogue, which comes at the heels of the 14th India-Japan Summit hosted by Delhi a month before. Last February, Quad Foreign Ministers also convened in Melbourne, and just recently Tokyo hosted the Quad Leaders’ Summit. Disquiet about China’s mounting footprint in its neighborhood is a strong driver behind India’s growing convergence with Quad.

More than complaining and expressing alarm over China’s infrastructure gambit in South Asia and the Indian Ocean, Delhi is taking steps to offer feasible substitutes in collaboration with partners.  India worked with Iran to develop the Chabahar port to rival Gwadar. It worked with Russia, Iran, and countries in the Caucasus and Central Asia for the multi-modal International North-South Corridor. It also partnered with Tokyo for the Asia-Africa Growth Corridor, with Canberra for the Indo-Pacific Oceans Initiative, and most recently with Tokyo, London, and other European capitals to launch the Trilateral Development Corporation Fund last month.

There is also plenty of space for India-U.S. cooperation in the infrastructure space. The U.S. Agency for International Development (USAID) became co-chair of the Governing Council of the Coalition for Disaster Resilient Infrastructure (CDRI). India also greeted Washington’s signing of the Framework Agreement of the International Solar Alliance (ISA) and the $500 million U.S. Development Finance Corporation investment in First Solar’s facility to produce solar panels in the country. CDRI was founded in 2019 and is based in New Delhi, while ISA was formed in 2015 and based in Gurugram. India showed openness to participate in U.S.-led connectivity programs like the Blue Dot Network and Build Back Better World Initiative. Along with twelve other countries in the region, it signed up to the Indo-Pacific Economic Framework that President Joe Biden unpacked in his recent Asia tour. Going forward, India may also deepen collaboration with donor countries and multilateral lenders like the Asian Development Bank and the World Bank to help plan, harmonize and underwrite infrastructure building in the region.

Can a confluence be reached?

Seeing little regard for its security concerns, India found reason to be suspicious of CPEC. The continued implementation of projects under it may dampen Delhi’s enthusiasm toward the Shanghai Cooperation Organization and the Brazil-Russia-India-China-South Africa (BRICS) club. The prospect of Pakistan joining the BRICS Plus might face resistance from Delhi. That said, CPEC is not the be-all of India-Pakistan and India-China relations. Disputes aside, all three countries share a deep interest in the stability of volatile areas like Balochistan and Afghanistan, which can provide fertile ground for turmoil and violence that can spill over borders. All three countries face the scourge of terrorism and extremism, which thrives well in conditions of poverty and dearth of social services and public infrastructure. Yes, CPEC may heighten rivalries between neighbors and powers near and far. But if it can bring development to long-restive areas, it may help alleviate significant security concerns closer to home to the benefit of all.