China-Pakistan Honeymoon is Over, Imran Khan’s ‘Historic’ Visit to Beijing Cannot Hide That 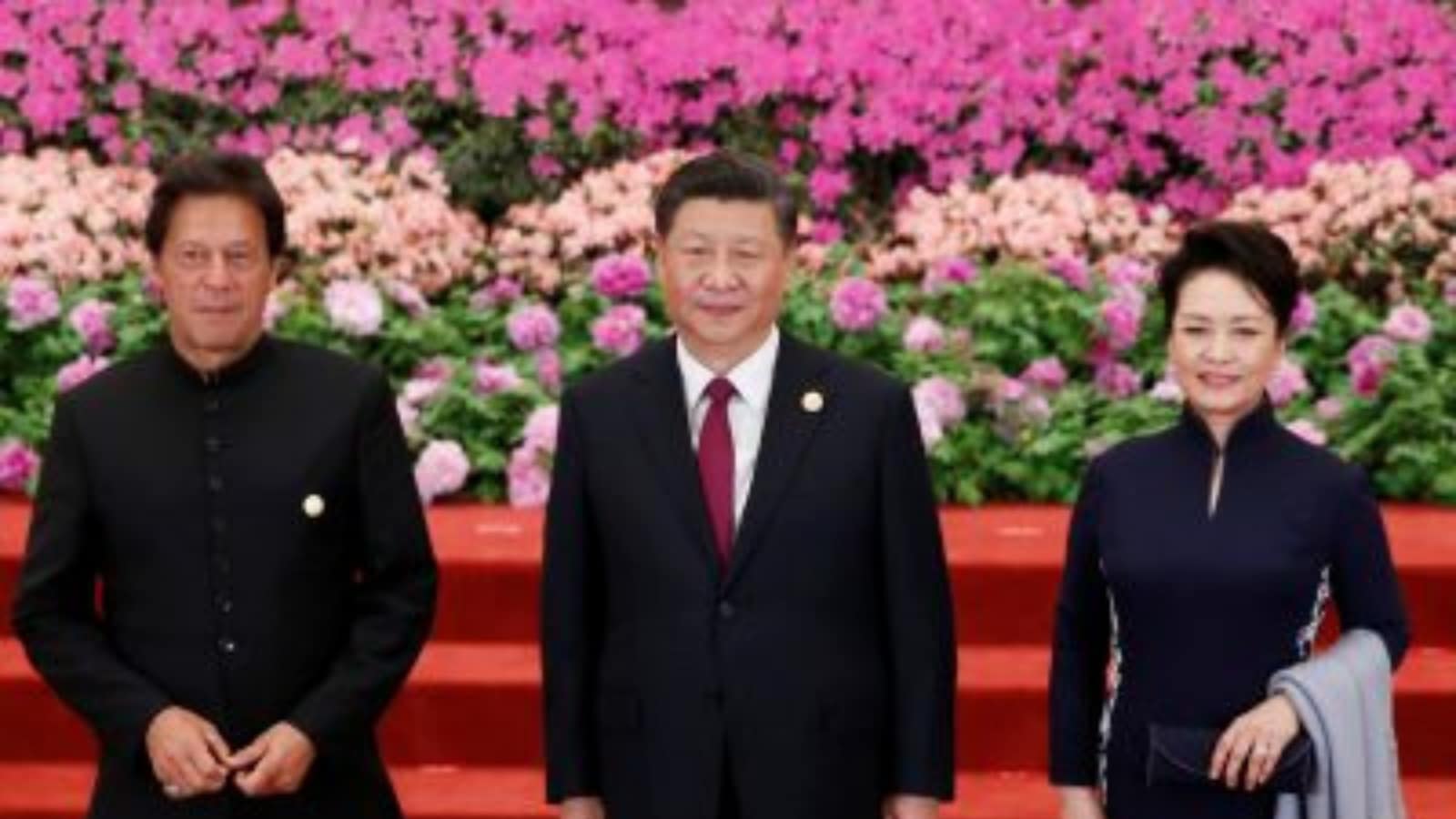 It is one of the unwritten rules of diplomacy that no foreign visit is ever labelled a failure, even when it is apparent that a visit was disastrous. Remember Agra Summit in 2001? The spin is always that it was a success (both the Vajpayee government and the Musharraf regime refused to acknowledge Agra as a disaster). Therefore, no surprise that the Pakistanis cannot stop crowing about the ‘historic’ visit of Prime Minister Imran Khan to Beijing. While the visit wasn’t a washout (and nothing embarrassing or unpleasant happened in Beijing), to call it ‘historic’ is a little over the top. Cut through the claptrap, and it is clear that there was very little either in substantive terms, or even in symbolic terms, that Imran Khan had to show for his three days in the Chinese capital.

The visit itself was really more about the leader of a vassal state standing in attendance while the Emperor inaugurates a grand spectacle. The main purpose behind Imran’s visit was that Pakistan was required to show solidarity with the Middle Kingdom which was hosting the Winter Olympics. With the West deciding to boycott the Games at the official level, China was forced to ask client states like Pakistan to attend the opening ceremony and ensure there was adequate international representation so that the Chinese emperor wouldn’t feel isolated or embarrassed.

The Pakistanis wanted to use the opportunity to convert it into a state visit. The Chinese refused to entertain Pakistani requests. They also asked the Pakistanis to cut down Imran’s entourage to just about four ministers from the nearly dozen that the Pakistani Prime Minister was planning to take with him. Even the audience with the Emperor was granted after a lot of entreaties from the Pakistani side. There was some speculation in Pakistani media whether Xi would even meet Imran. In the end, however, both the Chinese premier and the president held ‘brief’ meetings with Imran. The Pakistanis had also sought a meeting with the Russian president who was also in Beijing at the same time. But the Russians did not make time for a bilateral between Putin and Imran.

On the eve of the visit, the Pakistani media had published stories about all the goodies that would be bestowed by Xi on Imran. There was talk of Russia and Kazakhstan giving a billion dollars each in addition to a $3-billion loan from China. The total money expected from China was around $11 billion – about $4 billion in rollover of earlier debt, about $4.5 billion in credit-swap arrangements (which is used less for funding trade with China – its original purpose – and more for funding balance of payments) and an additional $3 billion in other loans. But closer to the visit, the Pakistani officials debunked all these reports about the loans that were being expected.

It was clear that the goody bag Imran was expecting in return for paying obeisance in the court of Emperor Xi was going to be a lot lighter than what was being originally expected. From what is available in the public domain, the only real worthwhile thing to come from the visit was the ‘Framework Agreement on Industrial Cooperation under CPEC’ between China’s National Development and Reform Commission and Pakistan’s Board of Investment. This agreement is expected to provide the foundation for the second phase of the China-Pakistan Economic Corridor (CPEC). But bulk of the heavy lifting under this framework agreement has to be done by Pakistan. Given the past track record of the Pakistanis, this appears to be a very onerous task especially since none of the Special Economic Zones have so far delivered even the basic facilities to potential investors.

The Joint Statement was full of verbiage – the standard homilies being paid to the ‘all weather friendship’ between the two ‘Iron Brothers’, and the usual encomiums that Pakistanis heap on Xi’s visionary leadership, the various accomplishments of China and the Pakistani support to One China, and on Taiwan, Tibet, South China Sea, Xinjiang and Hong Kong, blah, blah blah. In return, the Chinese “reaffirmed their support for Pakistan in safeguarding its sovereignty, independence and security”. Nothing new here.

Similarly, despite the Pakistanis playing up the purported Chinese backing on Kashmir, the formulation in the Joint Statement was pretty standard, no different from what the Chinese have said so many times in the past: Kashmir issue was a dispute left from history, and should be properly and peacefully resolved based on the UN charter, relevant Security Council resolutions and bilateral agreements. China opposes any unilateral actions that complicate the situation. If anything, the ‘unilateral actions’ bit is something of a double-edged sword. While it cuts at India in the context of the constitutional reforms in Jammu and Kashmir on August 5, 2019, it also cuts at Pakistani plans to annex Pakistan-occupied Jammu and Kashmir (what they euphemistically call “Azad Jammu and Kashmir”) and the Pakistan-occupied Gilgit-Baltistan (PoGB) region.

Out of the six-page Joint Statement, around one page was about CPEC and how both sides were committed to the ambitious project that has been in a sort of go-slow mode ever since Imran Khan became Prime Minister in 2018. But notwithstanding all the hackneyed formulations on CPEC – “win-win enterprise”, “pivotal for regional prosperity” – and promises to re-energise it and “safeguard it from all threats and negative propaganda”, there are serious problems affecting the CPEC. The Pakistanis are already in default on some of the payments they owe the Chinese power plants set up under CPEC. Nearly seven years after they agreed to set up a revolving fund to ensure that there is no circular debt in Chinese power projects, this fund has still not been set up. There are also reports of Pakistan seeking renegotiations on the contracts they have signed with the Chinese. But the Chinese are not ready to cut any slack for their ‘sweeter than honey’ friends. In addition, one of the most crucial components of CPEC was the ML-1 rail line connecting Peshawar to Karachi. This project continues to hang in limbo because there is as yet no agreement on the financing. The Pakistanis have no money to pay their side of the $6-8 billion cost of this railway line.

As if this were not enough, there is the entire security question. The Pakistanis have raised a force of over 10,000 to guard the Chinese. But there have been regular attacks against the Chinese. While most of these attacks have so far been carried out by Baloch freedom fighters, there have also been instances of the Tehrik-e-Taliban Pakistan (TTP) militants targeting the Chinese. The attack on Chinese engineers and workers working on the Dasu Dam project has cost Pakistan heavy in terms of compensations demanded by the Chinese. The recent attacks in Noshki, Panjgur and Kech in Balochistan would have certainly set off alarm bells in China. The massive protests in Gwadar would also have spooked the Chinese. Add to this the unsettled conditions in Afghanistan, where the Taliban are showing no signs of curbing Islamist militants targeting both China and Pakistan. There are, therefore, serious doubts on how much private Chinese investment will come to Pakistan under the second phase of CPEC. If the second phase doesn’t take off, Pakistan will find it difficult, even impossible, to service the Chinese debt.

Clearly, the economic glue to the China-Pakistan relationship is coming unstuck. But it would be a mistake to reach the conclusion that China-Pakistan strategic relationship is getting fractured. There is absolutely no sign of that because neither side can afford a divorce, or even a separation. This is despite the fact that there are people in Pakistan who are now realising the perils and pitfalls of getting in too deep with the Chinese. But efforts to balance the relationship with China with the relationship with the West is easier said than done. For now, for Pakistan, China is the only game in town. The Chinese too are in no position to turn their back on Pakistan. Chances are they will use their leverages to extract whatever they can but they will not let things reach break point. Even so, the first signs of strains are starting to appear in the Chi-Pak relationship, and all the spin being put on Imran Khan’s visit to Beijing isn’t going to cover this up.