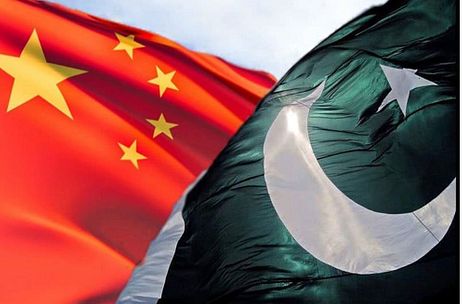 China has made significant investments in the conflict-prone Pakistan-Afghanistan region as part of its hugely ambitious Belt and Road Initiative. China is planning to protect its interests in the two countries by stationing its forces in specially created outposts, according to top diplomatic sources.

China has been keen to expand its influence to central Asia through the Pakistan-Afghanistan route and has made strategic investments in the two countries. According to some estimates, Chinese investments have risen above USD 60 billion in Pakistan as the country is largely dependent on China for financial, military and diplomatic support.

Given the huge imbalance of power in its favour, China has begun to pressurize Pakistan to allow the building of outposts where it would station its armed personnel.

However, the Taliban-ruled Afghanistan is yet to meet the expectations of both China and Pakistan on many counts.

“China`s People Liberation Army is working at a war scale to establish military outposts in Afghanistan and Pakistan for what it claims would be smoother operations and expansion of its Belt and Road Initiative (BRI)”, Top diplomatic and security sources in Islamabad were quoted as saying by news agency ANI.

According to a diplomatic source, the Chinese Ambassador Nong Rong has held meetings with Pakistani Prime Minister Shehbaz Sharif, Foreign Minister Bilawal Bhutto and Chief of Army General Qamar Javed Bajwa in this regard. Ambassador Rong has not been in Pakistan since the end of March 2022 this year, only just arrived recently in the country. However, the meeting in which he demanded the creation of outposts for Chinese forces was perhaps the first formal meeting of ambassador Rong with the new government and state representatives. The Chinese ambassador has been continuously insisting on the security of Chinese projects and the safety of its citizens, the source informed. China has already demanded security outposts in Gwadar and also for using the Gwadar International Airport for its fighter jets.

The facility that can be used for military purposes is soon going to be operational as revealed from its fencing, another top source revealed. However, the issue has its sensitive dimensions as the Pakistani people may not be comfortable with a heavy Chinese military presence in the country. There have been fears that the country is already in a debt-trap-like situation and that Chinese tactics could leave it no better than a colony.