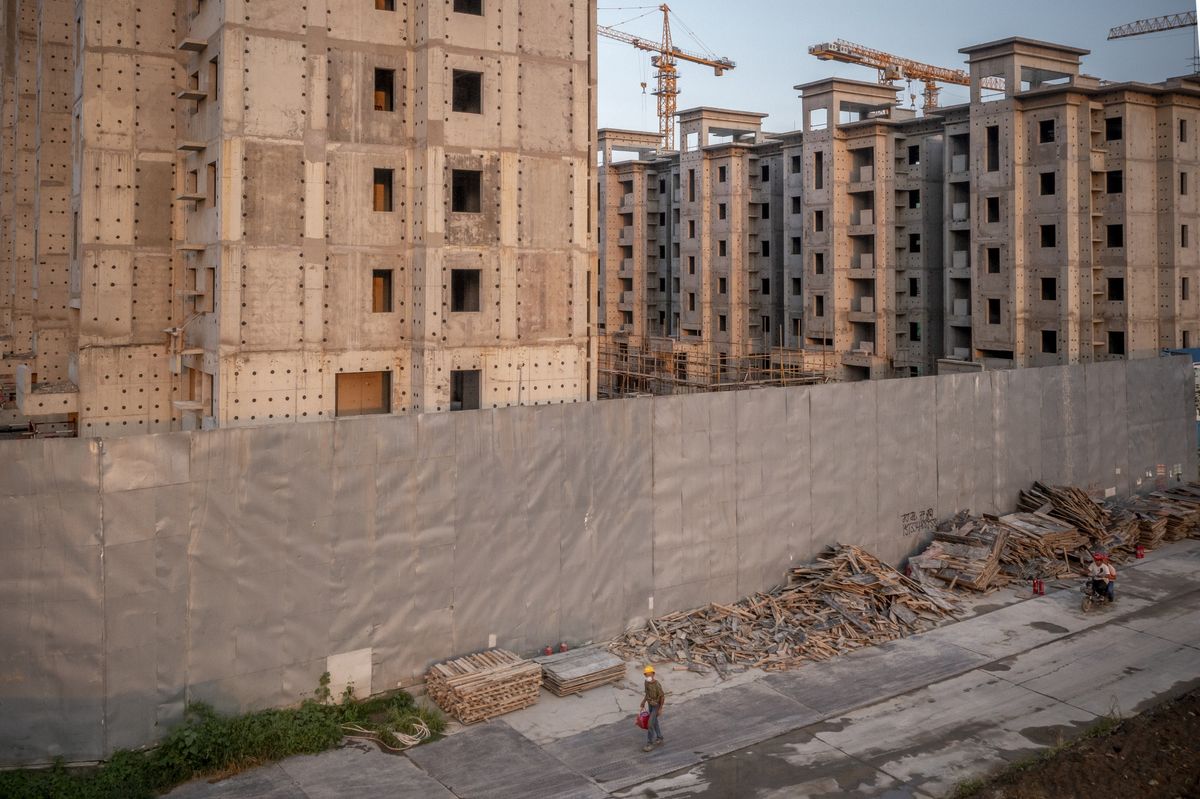 China will offer 200 billion yuan ($29.3 billion) in special loans to ensure stalled housing projects are delivered to buyers, people familiar with the matter said, ramping up financing support for its beleaguered property sector.

The previously unreported size of the lending program, which was announced with scant details by China’s housing ministry, finance ministry and the central bank late Friday, would make it the biggest financial commitment yet from Beijing to contain a property crisis that’s seen home prices slump and real estate sales plummet.

Hundreds of thousands of middle-class Chinese have been caught in limbo after making down payments and taking out loans on properties that cash-strapped developers are now struggling to complete. Some homebuyers have started to boycott mortgage payments, a threat to social stability during the politically sensitive run-up to the Communist Party’s leadership transition later this year.

The People’s Bank of China and the Ministry of Finance will channel the money through policy banks such as China Development Bank and Agricultural Development Bank of China, said the people, who asked not be identified discussing private information. The special loans will only be used on homes that have already been sold but are yet to be finished.

The PBOC, the Ministry of Finance and the housing ministry didn’t immediately respond to requests seeking comment.

“We view the central government’s introduction of bailout funding as the first meaningfully positive development in the past five to six weeks,” said Jizhou Dong and Stella Guo, analysts at Nomura Holdings Inc. in a note on Sunday. They expected the funding would need to reach at least 200 billion yuan to 300 billion yuan as an initial investment to be effective.

Urged to boost overall lending to support the nation’s flagging economy, Chinese banks cut their benchmark lending rates for a second time since May 20. That came after the central bank last week unexpectedly lowered its key policy rate to support growth.

The rate cuts were the latest in a series of actions intended to help the real estate sector as the liquidity crisis is exacerbating a slowdown in the world’s second-largest economy. China is poised to miss its growth target of around 5.5% this year and youth unemployment is at a record 20%.

Earlier this year, China allowed banks and bad-debt managers to loosen restrictions on some loans to ease a cash crunch. In April, the central bank held a meeting with about 20 major banks and asset-management firms to help resolve crises at a dozen large real estate firms including China Evergrande Group. Local authorities have offered a variety of housing incentives, including lowering down-payment requirements and even encouraging families with more children to own multiple properties.

However, China’s dogged pursuit of Covid zero, including reoccuring lockdowns, and an increase in bad debt have dimmed confidence and made banks reluctant to lend. Bank loans to the real estate sector have dropped for the first time in 10 years, and the decline could persist, according to Bloomberg Intelligence analyst Kristy Hung.