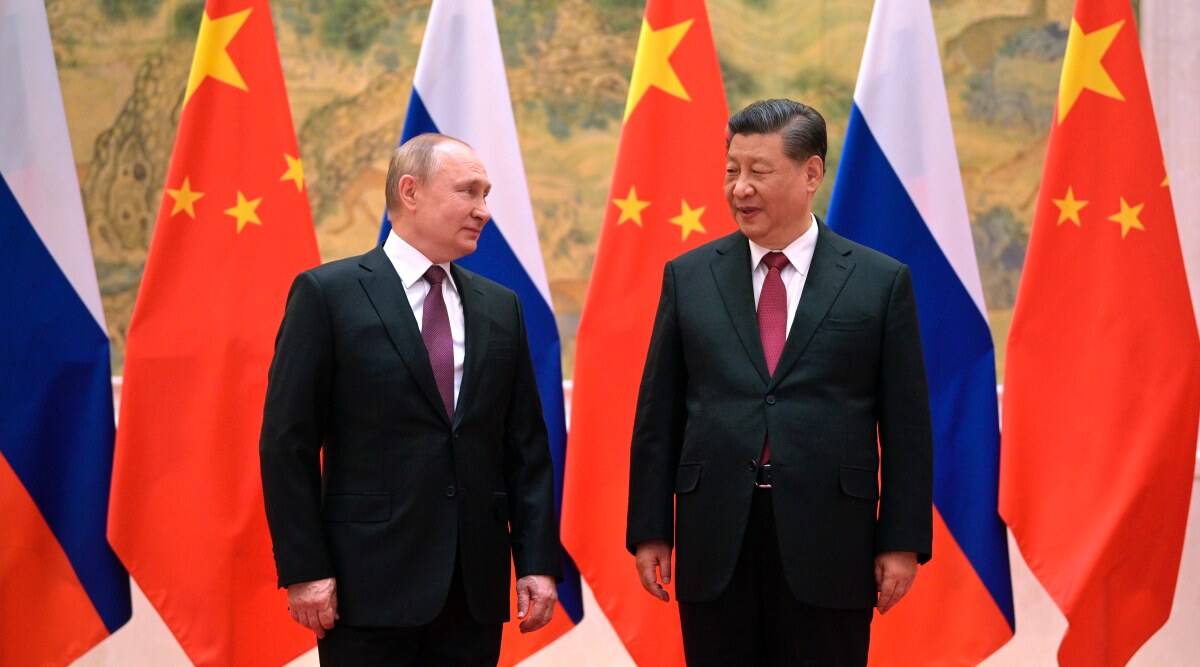 China on Friday renewed its criticism of Western sanctions against Russia, as top European Union officials sought assurances from Beijing that it would not help Moscow circumvent the economic measures imposed in response to the invasion of Ukraine.

The Chinese Foreign Ministry also laid blame for the war in Ukraine at least partially on the United States for pushing to expand the NATO military alliance closer to Russia’s borders. Twenty-one of the EU’s 27 countries are also NATO member states.

“China disapproves of solving problems through sanctions, and we are even more opposed to unilateral sanctions and long-arm jurisdiction that have no basis in international law,”Foreign Ministry spokesperson Zhao Lijian said at a daily briefing as they met.

Zhao said when it came to Ukraine, Beijing would not be forced to “choose a side or adopt a simplistic friend-or-foe approach. We should, in particular, resist the Cold War thinking and bloc confrontation”.

As the culprit and leading instigator of the Ukraine crisis, the US has led NATO to engage in five rounds of eastward expansion in the last two decades after 1999,” he said, adding that NATO membership almost doubled from 16 to 30 countries, and pushed “Russia to the wall step by step”.

China says it is not taking sides in the conflict but it has declared a “no limits” partnership with Russia and refuses to condemn the invasion. Beijing routinely amplifies Russian disinformation about the conflict, and does not refer to it as an invasion or a war in keeping with Russian practice.

In a news release following a first summit session, Li was quoted as affirming the importance of China-EU ties, saying he hoped the two “remain open to each other, steadily expand market access, protect fair competition and promote trade and investment liberalisation and facilitation”.

“China hopes that the EU will also provide a sound business environment to Chinese businesses investing and developing in Europe,” Li was quoted as saying.

Prior to the summit, EU officials said they would look for signs Beijing is willing to cooperate on ending the war. The meeting takes place amid rising negative sentiment within the bloc fuelled by China’s aggressive foreign policies and trade practices.

“The international community notably China and the EU have a mutual responsibility to use their joint influence and diplomacy to bring an end to Russia’s war in Ukraine and the associated humanitarian crisis,” Michel tweeted.

Underlying the EU’s expectations for China is the possibility of penalties against Chinese companies that undermine measures taken against Russia. EU officials point out that 13.7% of China’s total trade is done with the 27-nation bloc, and 12% with the United States, compared with just 2.4% with Russia.

Officials said they also wish to emphasise the impact the war is having on the availability of fertiliser and global energy and food prices, which are hitting the poorest countries in Africa and the Middle East hardest.

Other topics include China’s travel ban on members of the European Parliament; Beijing’s economic boycott of EU member Lithuania over its Taiwan relations; the fate of a stalled investment agreement; and civil and political rights under China’s authoritarian Communist Party regime.

Beijing has dismissed European criticisms as biased and driven by an anti-China agenda being pursued by its chief global rival, the United States.

The European Parliament responded by saying it will not ratify a long-awaited business investment deal as long as the sanctions remain in place.

Rights groups have also urged the EU to take a more assertive stand with China over repression in Xinjiang, Tibet, Hong Kong and elsewhere and the persecution of Chinese dissidents including Sakharov Prize winner Ilham Tohti and Chinese-Swedish publisher Gui Minhai.