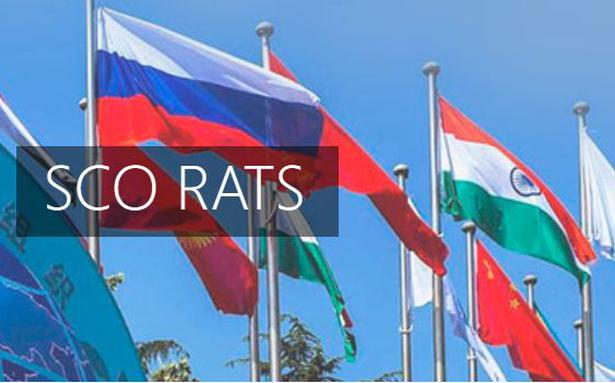 Counterterrorism teams from Russia, China, Pakistan and Central Asian countries will gather in Delhi on the weekend ahead of the Shanghai Cooperation Organisation’s Regional Anti-Terror Structure (SCO-RATS) meeting hosted by India from May 16 to 19.

These are the first such official discussions to be held in India since the stand-off along the Line of Actual Control (LAC) where Chinese PLA troops transgressed in 2020, and since the Russian invasion in Ukraine this year.

Sources said a three-member Pakistani team will attend the meeting in India for the first time since both countries became members. The sources added that a Chinese delegation may not be able to travel to India at present, indicating COVID-19 regulations, and a team from the Chinese Embassy would attend the exercise in its place.

While both India and Pakistan have no bilateral engagement at present and have not attended other regional meets such as the South Asian Association for Regional Cooperation (SAARC) meet, they both attended the Russia and China-led SCO meet.

Last year, an Indian team also travelled to Pakistan to attend the SCO-RATS exercises in Pabbi. Sources said the Pakistani delegation would cross over at the Wagah-Attari border crossing on Saturday to travel to Delhi for the counterterror meeting next week.

The arrival of the Pakistani team will be marked particularly since it is the first such visit since the swearing in of new Pakistan Prime Minister Shehbaz Sharif. It also comes after the Pakistani Cabinet decided to re-staff its Trade Minister post at the High Commission in Delhi.

India is expected to host the SCO summit in 2023, which would see leaders of the eight-member grouping (China, India, Kazakhstan, Kyrgyzstan, Russia, Pakistan, Tajikistan and Uzbekistan) travelling to New Delhi.

In October , joint anti-terrorist exercises titled “Manesar-Antiterror-2022” will be held at the NSG training campus in Manesar on the outskirts of Delhi, and will be followed by another joint border operation of the SCO member states called “Friendship Border-2022” in Kazakhstan later this year. Both exercises were decided at a meeting of SCO-RATS in Tashkent on March 25 this year, which was chaired by India.