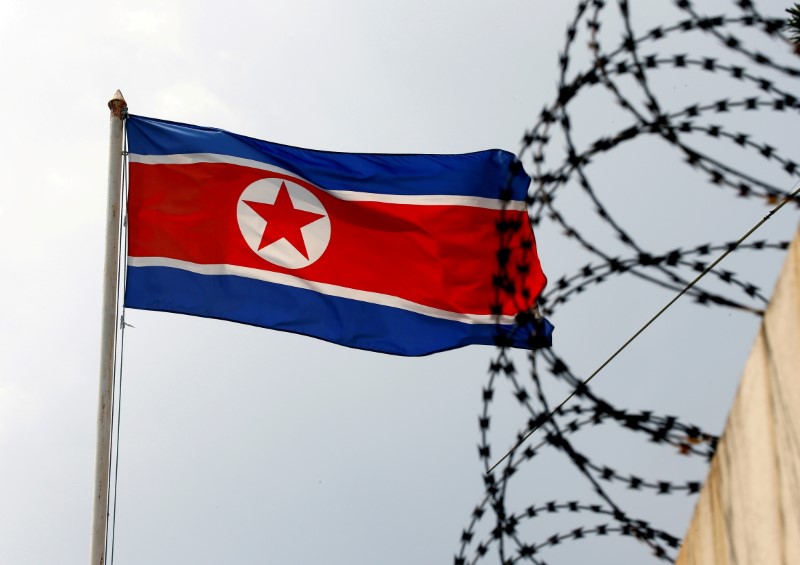 China and Russia on Thursday blocked a US push to impose United Nations sanctions on five North Koreans in response to recent missile launches by Pyongyang, diplomats told AFP.

China’s block came before a new closed-door Security Council meeting on North Korea, also requested by Washington, and was followed by Russia’s decision to similarly oppose the American proposal.

Along with Beijing, Moscow has long held a line against increasing pressure on North Korea, even asking for relief from international sanctions for humanitarian reasons.

The US Treasury Department said one of the North Koreans, Choe Myong Hyon, was based in Russia and had provided support to North Korea’s Second Academy of Natural Sciences (SANS), which is already subject to sanctions.

The United States quickly expressed its displeasure at the block.

Washington has accused all five North Koreans of ties to the country’s weapons program, and on Thursday the US envoy to the United Nations warned that failing to mete out sanctions equated to a “blank check” for Pyongyang.

“We have these sanctions for a reason,” ambassador Linda Thomas-Greenfield said when asked about the Beijing and Moscow opposition.

“And for any member state to oppose putting sanctions… gives, in my view, the DPRK a blank check,” she said, using an acronym for North Korea.

Under current UN rules, the block period lasts for six months. After that, another council member can extend the block for three more months and one day, before the proposal is permanently removed from the negotiating table.

North Korea has launched a series of missile tests, asserting its “legitimate right” to self-defense.

Thursday’s Security Council meeting on North Korea, the second in 11 days, was devoted to discussing a “response to the latest tests,” according to Thomas-Greenfield.

“We have to respond to them. These actions are unacceptable,” she told the Carnegie Endowment for International Peace, a research institute.

China’s diplomatic mission to the UN did not immediately respond to a request for comment. Russia demurred as well.

Last week, failing to reach consensus for a unanimous statement at the Security Council’s first meeting after North Korea conducted a hypersonic missile launch test, the United States, Albania, France, Ireland and Britain, along with Japan, had jointly called on Pyongyang to refrain from any further destabilizing action.

It responded with more missile tests.

On Thursday the same six countries, joined by new council members Brazil and the United Arab Emirates, issued a joint statement urging fellow members to be “unified in condemning the DPRK.”

According to diplomats, the United States sought to have the text adopted at the meeting but China refused.

The three-sentence statement, obtained by AFP, notes that the latest North Korean launches used “ballistic missile technology” and were “in violation of Security Council resolutions.”

It also urged Pyongyang to comply with its council obligations and to “engage in dialogue towards denuclearization.”

Earlier in the day, North Korea hinted it could resume its nuclear and long-range ballistic missile tests, as top officials led by Kim Jong Un said the country was preparing for a “long-term confrontation” with the United States, state-run media reported.