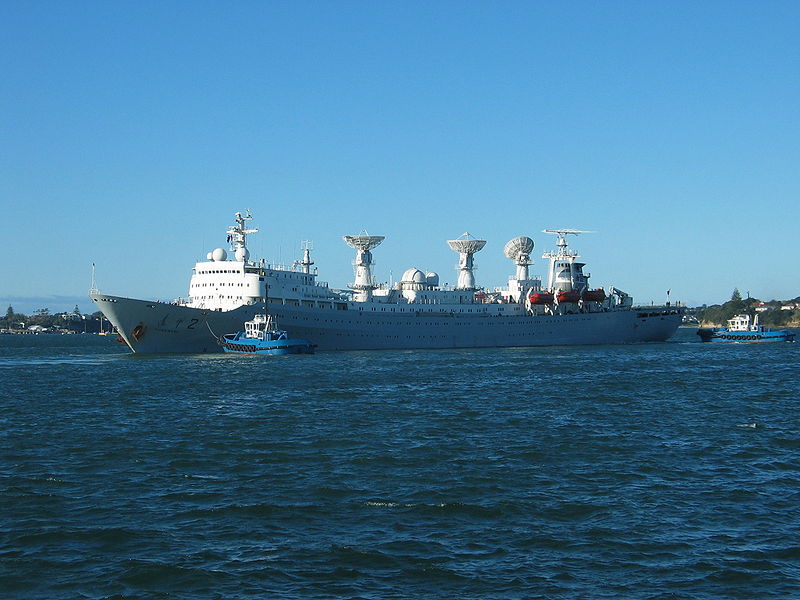 China’s embassy here has sought an urgent meeting with senior Sri Lankan authorities after Colombo sought a deferment of the planned docking of a high-tech Chinese research vessel at the strategic Hambantota port over which India raised concerns, sources said.

The Chinese space and satellite tracking research vessel ‘Yuan Wang 5’ was scheduled to dock at the Hambantota Port from August 11 to 17, weeks after Sri Lanka witnessed a major political turmoil following massive mass protests over the country’s worst economic crisis in decades.

A ‘third-person’ note from Sri Lanka’s Foreign Ministry to the Chinese embassy in Colombo dated August 5 says “the ministry wishes to request that the arrival of the vessel Yuan Wang 5 in Hambantota to be deferred until further consultations are made on the matter.”

Some media reports said that India was worried the vessel would be used to spy on its activities and that it had lodged a complaint with Sri Lanka.

The Chinese embassy in Colombo sought an urgent meeting with the higher Sri Lankan authorities to discuss the issue after receiving the note from the Foreign Ministry seeking a delay in the visit, sources here said.

But the President’s Office denied the media reports over the meeting.

On July 12, amidst the political turmoil in Sri Lanka, the then government approved the Chinese vessel’s docking at the Hambantota port.

The Chinese vessel was expected to dock at the Sri Lankan port for “refuelling and ‘replenishment’ and will conduct satellite control and research tracking in the northwestern part of the Indian Ocean region through August and September.

The southern deep-sea port of Hambantota is considered strategically important for its location. The port, located in the hometown of the Rajapaksa family, has been developed largely with Chinese loans.

According to media reports here, India has informed Sri Lanka that the docking of the high-tech Chinese research vessel could pose a threat to its national security.

Sri Lanka received strong messages of protests from India as the ship was said to have the capability to track satellites and intercontinental ballistic missiles, the report said.

India has said it carefully monitors any development having a bearing on its security and economic interests.

“The government carefully monitors any development having a bearing on India’s security and economic interests and takes all necessary measures to safeguard them,” he said last month.

New Delhi is concerned about the possibility of the ship’s tracking systems attempting to snoop on Indian installations while being on its way to the Sri Lankan port.

India has traditionally taken a stern view of Chinese military vessels in the Indian Ocean and has protested such visits with Sri Lanka in the past.

The ties between India and Sri Lanka had come under strain after Colombo gave permission to a Chinese nuclear-powered submarine to dock in one of its ports in 2014.

China is the main creditor of Sri Lanka with investment in infrastructure. Debt restructuring of Chinese loans would be key to the island’s success in the ongoing talks with the International Monetary Fund for a bailout.

India on the other hand has been Sri Lanka’s lifeline in the ongoing economic crisis.

India has been at the forefront of extending economic assistance of nearly USD 4 billion to Sri Lanka during the year as the island nation is grappling with the worst economic crisis since independence in 1948.

As the new Sri Lankan president looks at pulling the country out of its economic crisis, India has said that it will continue to assist the island nation and support its people in their quest for stability and prosperity.

Prime Minister Dinesh Gunawardena last week said Sri Lanka was looking forward to settle the issue of the vessel’s visit with an “approach of friendship”.