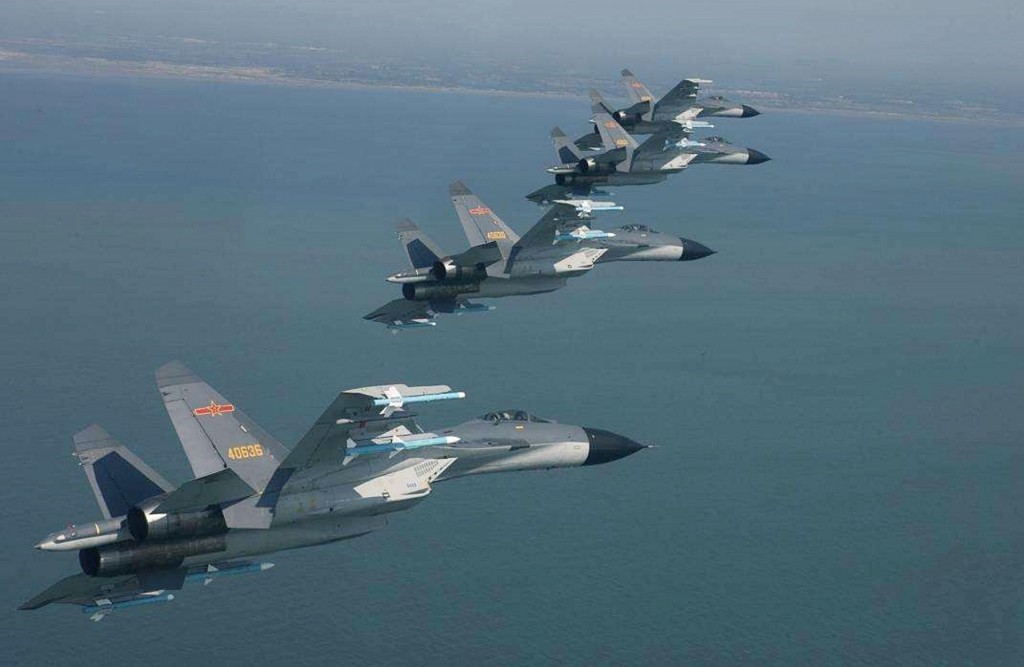 On the same day that U.S. senators and congressmen made a surprise visit to Taiwan, China announced that it had conducted “combat patrols” in the county’s air defense identification zone (ADIZ).

On Tuesday evening (Nov. 9), news broke that a U.S. Navy C-40A carrying senators and congressmen had taken off from Clark Air Base in the Philippines and landed at Taipei Songhsan Airport. Both Taiwan’s Ministry of Foreign Affairs (MOFA) and the Office of the President confirmed American lawmakers were onboard and that the visit was the result of coordination with the U.S.

China’s Ministry of National Defense issued a statement on Tuesday acknowledging that U.S. congressmen were aboard the plane and saying it “resolutely opposed and strongly condemned” the visit. It claimed that as Taiwan is an “inalienable part” of China, the trip “grossly interfered with Chinese internal affairs.”

Senior Colonel Shi Yi, spokesperson for the PLA Eastern Theater Command, announced via a statement Tuesday that Chinese forces had conducted a “combined war-preparedness cordon and patrol in the Taiwan Strait” that day. The colonel claimed that the exercise was meant to test and improve the combat effectiveness of its troops across multiple services.

During a press briefing on Tuesday, Pentagon Press Secretary John F. Kirby responded to a question about whether the U.S. visit included military personnel, stressing it was a “congressional delegation.” Kirby said it is “not uncommon for them to be transported on U.S. military aircraft, and that was the case in this instance.”

When informed of China’s condemnation and that a Chinese “readiness patrol” had been dispatched, Kirby said congressional delegations to Taiwan are “fairly routine.” He pointed out that this is already the second such visit this year and that it is consistent with the Taiwan Relations Act.