China Signs Pact With Solomon Islands Despite US Warning 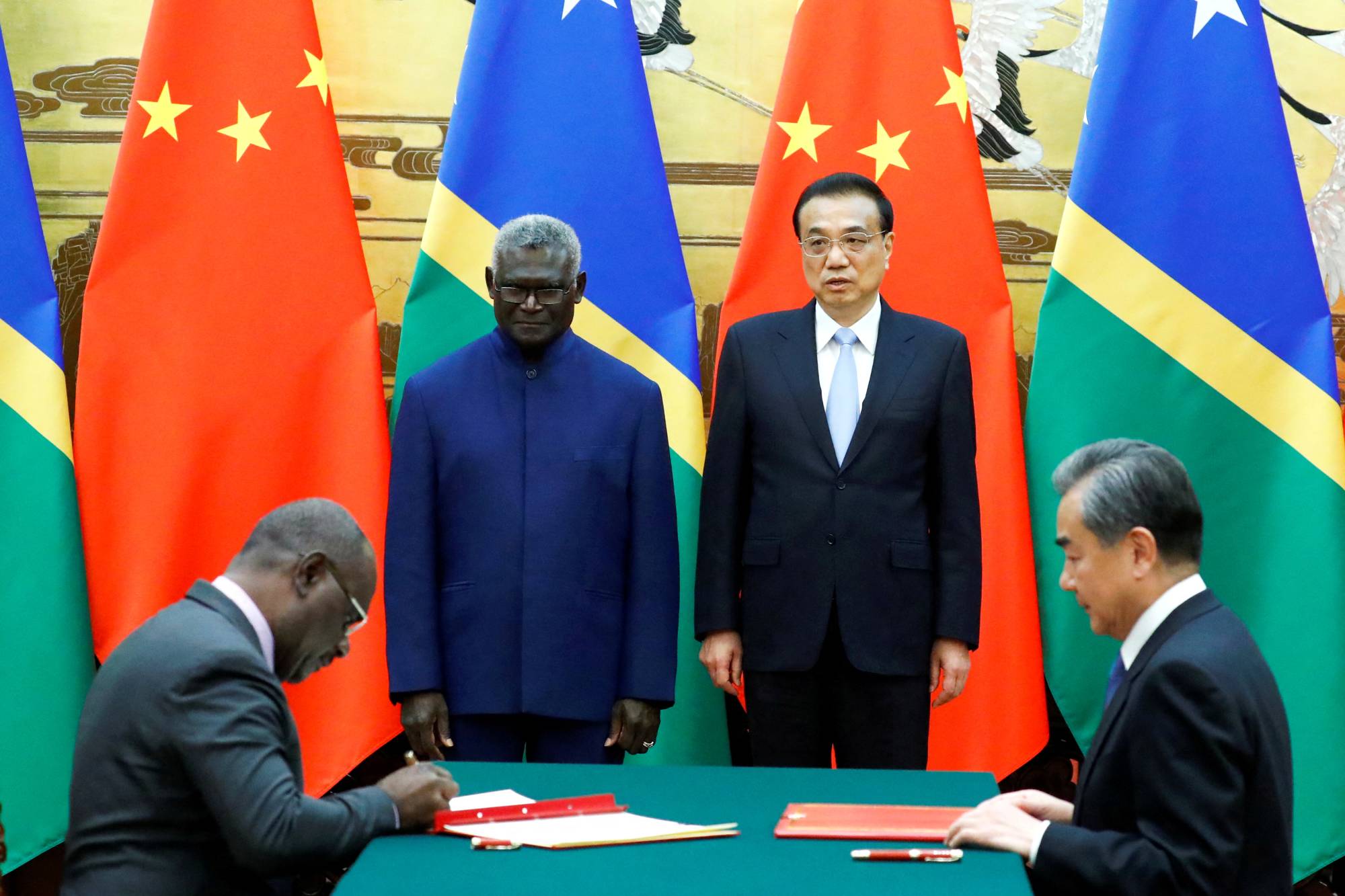 The agreement seeks to enhance “social stability and long-term tranquility in the Solomon Islands,” he said, stressing that China-Solomon Islands security cooperation is not targeted at any third country, serving the common interests of the South Pacific region.

“The two sides will conduct cooperation in such areas as maintenance of social order, protection of the safety of people’s lives and property, humanitarian assistance and natural disaster response, in an effort to help Solomon Islands strengthen capacity building in safeguarding its own security,” Wang added, as per Xinhua.

On Monday, the Unites States raised concerns over a draft China-Solomon Islands security accord, with US State Department spokesman Ned Price pointing to “the broad nature of the security agreement,” which may enable China to deploy its military forces in the country. The agreement, he said, could stir up instability in the Solomon Islands and “set a concerning precedent for the wider Pacific Island region.”

The US State Department also announced that later this week two high-rank US officials, Kurt Campbell and Daniel Kritenbrink, will travel to the Solomon Islands to transmit Washington’s concerns over China’s rising activity in the region and similar concerns expressed by US allies in the South Pacific, including Australia and New Zealand, the new agency added.