China stands in way of peace process in Myanmar 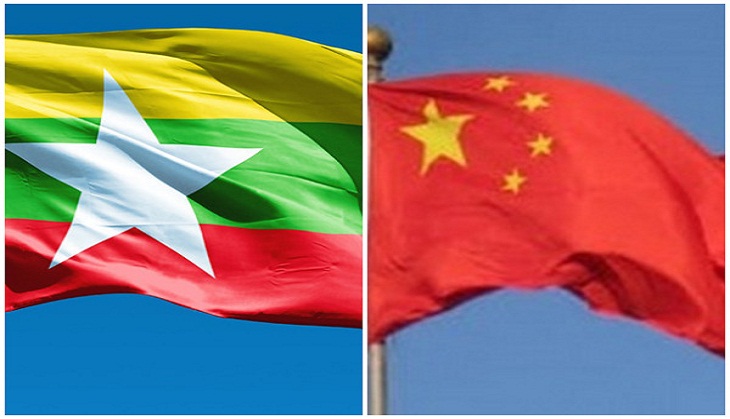 As the world is urging Myanmar to implement the peace process outlined by ASEAN, China is busy playing a spoiler in the democratic, and peace process in the Southeast Asian country.

Keeping its own strategic interests in mind and the influence it wants to have in the region, Beijing is taking “advantage of Myanmar’s current global adversities” and pushing the Belt and Road Initiative (BRI) initiative in the country.

This message from China was clearly echoed in foreign minister Wang Yi’s recent visit to Myanmar. It was expected that Beijing would encourage Yangon to return to the old days by sincerely implementing the peace process outlined by the Association of Southeast Asian Nations (ASEAN).

However, Wang Yi’s bilateral with Myanmar’s Foreign Minister U Wunna Maung Lwin went on to tell a different tale. During the meeting that was held on the margin of a regional meeting, the Chinese Foreign Minister praised the “pauk-phaw” friendship and highlighted the four pillars of China-Myanmar relations.

Writing for the Policy Research Group (POREG), Magda Lipan contended that Beijing is taking “advantage of Myanmar’s current global adversities” to push ahead with its agenda.

“Keeping the Junta in Naypyidaw in good humour matters. Not the aspirations and well-being of the people of Myanmar, particularly the youth who are baring their chest to the police brutalities,” Lipan said.

The independent think tank highlighted that this turn of events shows that the Myanmar Military Junta is amenable to Chinese ways. It adds that China is known to have played spoiler in democratic and peace processes in several countries for gaining strategic outreach and control.

Rights groups say that the overall human rights situation in Myanmar deteriorated after the Myanmar military staged a coup on February 1, 2021. Since the military’s takeover, a nationwide crackdown on millions of people protesting its rule has invited rebuke from several UN agencies, which say military operations in the country resulted in numerous war crimes.

Earlier this month, veteran journalist and regional expert Bertil Lintner said China wants instability in Myanmar and wishes to remain a major controlling player in the politics of the Southeast Asian country.

He told ANI that China is certainly playing a role in Myanmar, but he wouldn’t call it ‘constructive’. He argues that the Chinese feel comfortable with having the military in power, but they are also playing games at different levels.

“China is certainly playing a role in Myanmar, but I wouldn’t call it constructive….the Chinese feel comfortable with having the military in power, but they are also playing games on different levels, for instance by supporting the United Wa State Army which, in turn, sends Chinese-made weapons to Kokang, Shan and Palaung rebel armies,” he said.

“It’s often argued that the Chinese are interested in stability and abhor chaos. It may be true that they don’t want chaos, but a certain degree of instability, and then instability which they control, serve their long-term interests: to be a major, controlling player in Myanmar politics,” he added.