China To Host Meeting Of Afghanistan’s Neighbours On March 30 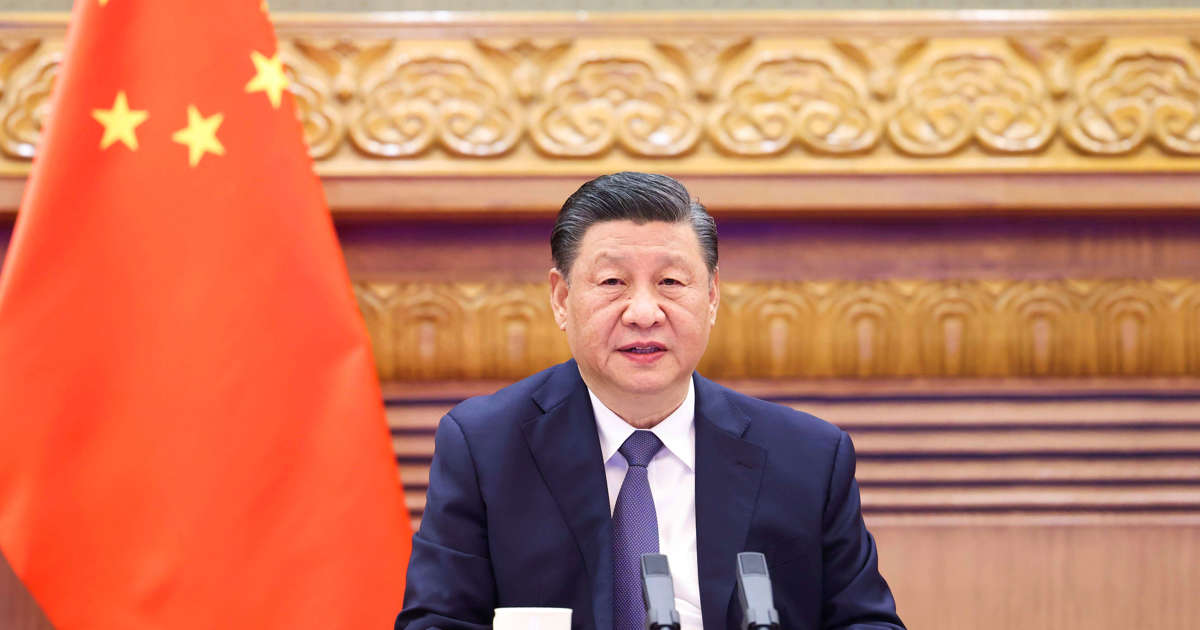 China will host the third meeting of the foreign ministers of Afghanistan’s neighbouring countries on March 30-31, as Beijing along with its all-weather ally Pakistan seeks to firm up their influence in the war-torn country ruled by the Taliban.

Chinese State Councillor and Foreign Minister Wang Yi will chair the meeting to be attended by the foreign ministers of Pakistan, Iran, Russia, Tajikistan, Turkmenistan and Uzbekistan or their representatives, Foreign Ministry spokesperson Wang Wenbin told a media briefing here on Monday.

China will host the third meeting of the foreign ministers of Afghanistan’s neighbours in Tunxi, central China’s Anhui province, on March 30-31, the spokesperson said.

India has not been invited to the meeting.

Wang Wenbin parried a question on whether India has been invited to the meeting, saying “I already announced the information and have nothing else to add”.

He said that Wang Yi will also host a dialogue between the foreign ministers and the acting Foreign Minister of Afghanistan’s interim government, Amir Khan Muttaqi, on the sidelines of the meeting.

Foreign Ministers of Indonesia and Qatar have been invited to the meeting as “guests”, the spokesperson said.

Pakistan, which along with China and Russia kept its embassy opened in Kabul, held the first meeting of the foreign ministers of Afghanistan’s neighbouring countries on September 8 last year, a day after the Afghan Taliban announced the formation of an interim government.

The second meeting was held in Tehran in October last year.

The announcement by China to hold the third meeting of Afghanistan’s neighbours came after Wang Yi made a surprise visit to Kabul on March 24 – the first by the Chinese foreign minister since the change of government in Afghanistan in August 2021.

During his talks with Wang Yi in Kabul, Muttaqi said that Afghanistan is ready to actively participate in China’s Belt and Road cooperation and strengthen trade and investment cooperation with Beijing.

According to media reports, officials of the Chinese mining companies already visited Afghanistan to explore tie-ups to exploit the rich mineral resources of the war-torn country, especially lithium, which is much in demand all over the world.

Afghanistan shares borders with China through the volatile Xinjiang province.

China has also been pressuring the Taliban regime to rein in Xinjiang’s Uygur militants of the East Turkistan Islamic Movement (ETIM), who are part of the Islamic State militant group active in Afghanistan.

During his Kabul visit, Wang Yi hoped that the Afghan side will earnestly fulfill its commitment and take effective measures to resolutely crackdown on all terrorist forces, including the ETIM.

Muttaqi said “the Afghan Taliban fully understands China’s concerns and will never allow any force to use the Afghan territory to engage in acts detrimental to Chinese friends”, according to Chinese Foreign Ministry’s press release on Wang Yi’s visit to Afghanistan.

About the foreign ministers’ meeting, Wang Wenbin said it will help to build consensus among the neighbours on the issue of Afghanistan, discuss how to promote stability in the country and support its people.

“By hosting the third meeting, China looks forward to putting consensus among neighbouring countries, discussing ways to achieve stability and support the Afghan people and also share our voice with the rest of the international community,” he said.

“At the same time, we hope the international community will give greater support to Afghanistan and call on the US to shoulder the primary responsibility for Afghanistan’s economic reconstruction,” he said.