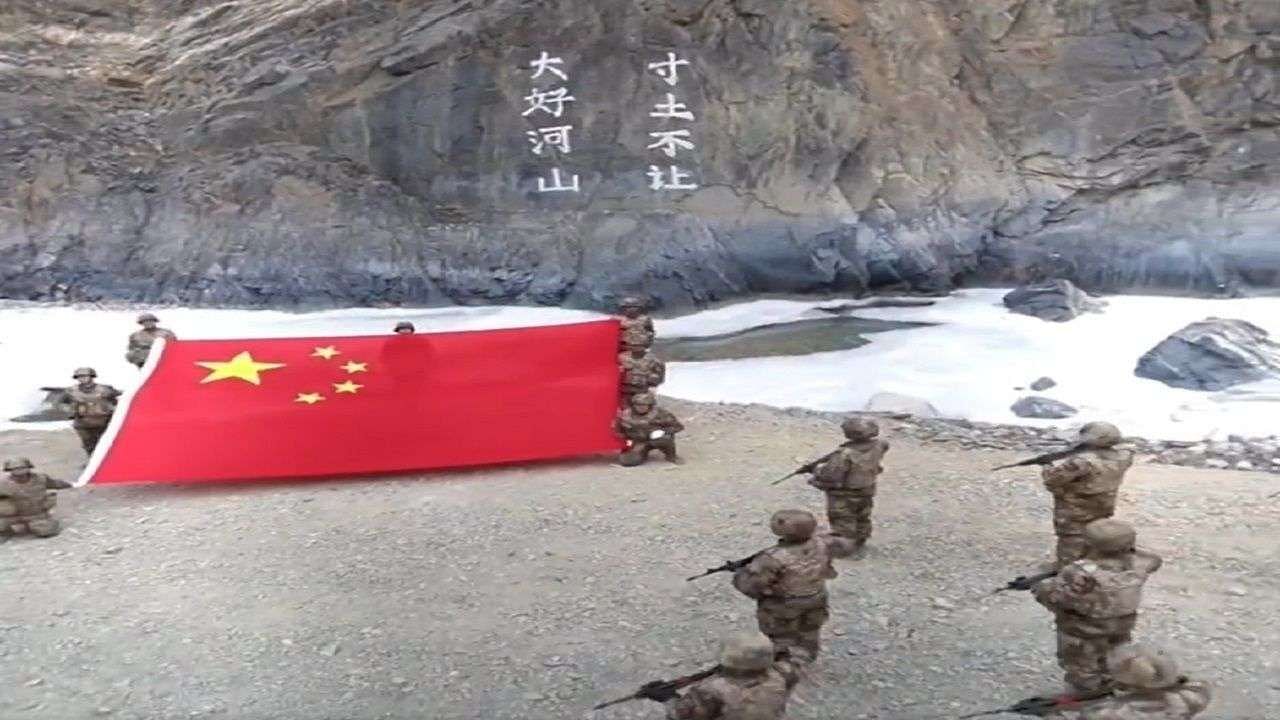 Just as the new year began, China laid claim to Galwan Valley once again by unfurling its national flag on January 1. Videos of the event were put out by various Chinese government mouthpieces.Global Times tweeted, “In the Galwan Valley near the border with #India, under the characters “Never yield an inch of land,” PLA soldiers send new year greetings to Chinese people on January 1, 2022.”

Shen Shiwei, a Chinese state-affiliated media representative, tweeted, “China’s national flag rise over Galwan Valley on the New Year Day of 2022. This national flag is very special since it once flew over Tiananmen Square in Beijing.”

Opposition parties in India grabbed the opportunity to train their guns on the BJP-led government. Congress leader Rahul Gandhi asked Prime Minister Narendra Modi to “break the silence” over the Chinese “incursions” in Galwan.

The provocation at the border came days after China “renamed” 15 places in Arunachal Pradesh. The government had then put out a sharp reaction, reiterating that the state of Arunachal Pradesh is an integral part of India.

Ministry of External Affairs spokesperson Arindam Bagchi in a statement had said on December 30, “We have seen such reports. This is not the first time China has attempted such a renaming of places in the state of Arunachal Pradesh. China had also sought to assign such names in April 2017. Arunachal Pradesh has always been, and will always be an integral part of India. Assigning invented names to places in Arunachal Pradesh does not alter this fact.”

Taking a jibe at the Narendra Modi administration, Rahul Gandhi had tweeted on Friday, “Just a few days back, we were remembering India’s glorious victory in 1971. For the security and victory of the country, wise and strong decisions are needed. Hollow words do not win.”