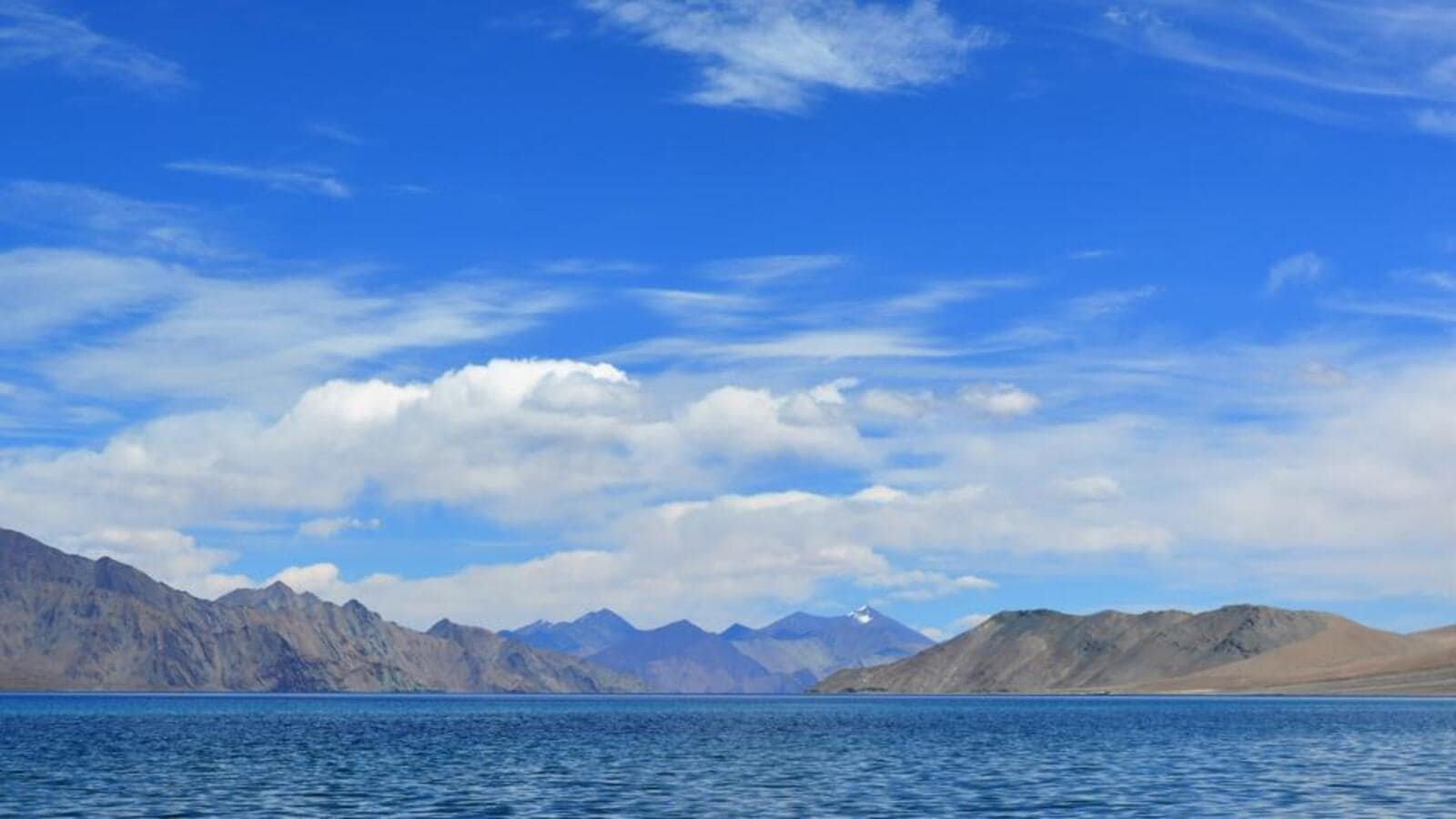 A bridge being built by China across the Pangong lake in an area claimed by India is expected to be completed in a few months and will give the People’s Liberation Army (PLA) an edge in speedily moving troops between several locations.

High-resolution satellite imagery of the bridge from January 16, acquired from US space technology company Maxar by NDTV, shows the bridge is eight metres wide and more than 400 metres long, and Chinese workers are using a heavy crane to place concrete slabs between pillars before laying the tarmac.

The first satellite images showing the bridge, being built across the narrowest section of the 134-km long strategic lake, emerged earlier this month. On January 6, the external affairs ministry accused China of building the bridge in an area occupied illegally for 60 years.

The bridge is located south of a key PLA position on the north bank of Pangong lake. It is being built at a spot where the two banks of the lake are about 500 metres apart.

Once completed, the bridge will cut the distance frp, Chinese troop positions on the north bank to a key PLA base at Rutog by around 150 km. Chinese forces currently take almost 10 hours to traverse about 200 km to get from the north bank to Rutog, driving around the lake.

China is also working on new roads to connect the end of the bridge on the south bank to Rutog.

When the Indian Army blocked an effort by the PLA to unilaterally alter the status quo on the south bank of Pangong lake in August 2020 by taking control of the Kailash heights, the Chinese side had to redeploy troops from other sites through the time-consuming action of driving around the lake.

Both countries withdrew front line forces and armoured units from the two banks of the lake in February 2021, though the area has for long been a flashpoint between Indian and Chinese forces.

The construction of the bridge “appears to strengthen the idea of permanency being established by Beijing in the region”, said Damien Symon, a geospatial intelligence researcher at the Intel Lab. He noted that the Chinese side is using heavy machinery to continue construction amid a harsh winter.

After being stymied by the Indian Army’s efforts in August 2020, the Chinese began building several roads to prevent PLA troops from “being pinched by Indian deployments atop the ridges”, Symon said on Twitter. These roads “have branched towards the bridge since, but are yet to be connected”, he said.

With the standoff on the Line of Actual Control (LAC) well into its second year, the construction of the bridge “appears to be a lesson learnt by PLA planners looking to provide seamless connectivity (and) rapid mobility for elements responding…to the frontline with India”, Symon added.

The construction of the bridge was raised by the Indian side at the 14th round of talks between Indian and Chinese military commanders on January 12. The talks failed to yield any positive outcome, though both sides agreed to work for the resolution of the remaining issues in the Ladakh sector at the earliest.

Earlier on January 6, external affairs ministry spokesperson Arindam Bagchi said the government was closely monitoring the construction of the bridge on Pangong lake. “This bridge is being constructed in areas that have been under illegal occupation by China for around 60 years now. As you are well aware, India has never accepted such illegal occupation,” he said.

The government was taking “all necessary steps to ensure that our security interests are fully protected”, and has significantly increased funding for developing border infrastructure and “completed more roads and bridges than ever before”, he added.