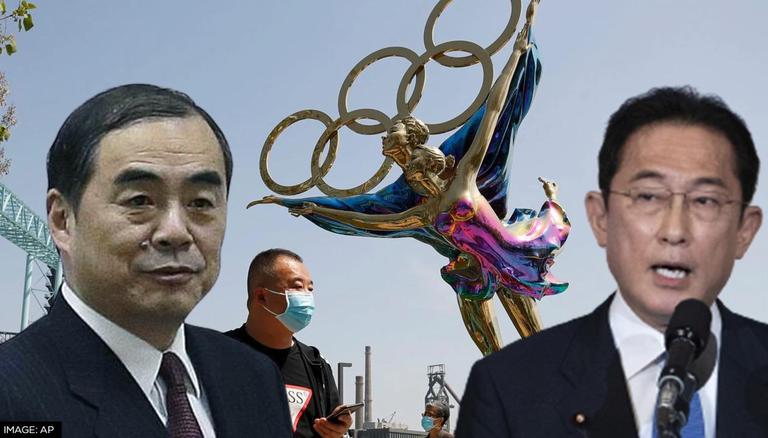 On Thursday, China’s ambassador to Japan Kong Xuanyou has urged Japan not to join and support the US-led diplomatic boycott of the 2022 Winter Olympics in Beijing over human rights issues. During an interview held at Kyodo News, the Chinese envoy said, “Unfortunately, some people in Japan have been attacking China’s political system based on their biased views and spreading rumours and lies about the human rights situations in Xinjiang and Hong Kong to call for a diplomatic boycott of the Beijing Games.”

These remarks of the envoy came after Japanese Prime Minister Fumio Kishida stated previously in the day that he had no intentions to visit the Winter Olympics in Beijing. PM Kishida also indicated that he is also exploring a variety of alternatives in regards to the US-led diplomatic boycott of the Olympics. Further, Japan is even considering not to send Cabinet officials to the Beijing Olympics.

Japan has to be “strongly cautious” about such a dangerous action

Furthermore, Kong Xuanyou added that he wants Japan to be “strongly cautious about and block such a dangerous” action against Beijing Olympics boycott, in order to avoid jeopardising bilateral diplomatic ties between the two nations, which will celebrate their 50th anniversary next year, Kyodo News reported. It is worth noting that Japan which is a close ally of the United States, is also an important economic partner of China.

In addition to this, Japanese PM Kishida has commented just days after the US declared that it would not be sending delegates to the Olympics in the wake of increasing criticism of China’s human rights record. Australia, the United Kingdom, and Canada are among the nations that have joined the diplomatic boycott thus far over human rights violations of Uyghurs Muslims by the Chinese government.

However, on the other hand, apart from the other Group of Seven industrialised countries, France stated this week that it will not join in boycotting the Olympics. Meanwhile, Russian President Vladimir Putin has indicated an interest in attending the opening ceremony of the Olympic Games.

Meanwhile, China has condemned the United Kingdom’s and Canada’s moves to join the United States’ diplomatic boycott of the 2022 Beijing Winter Olympics earlier this month. China also referred to the two nations’ actions as a “farce.”