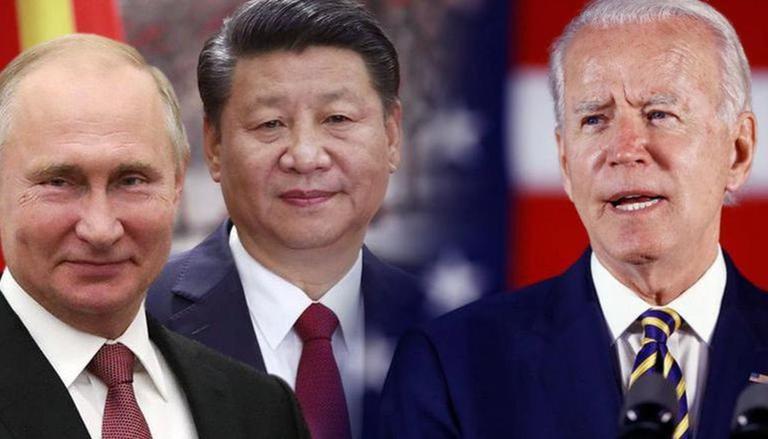 China has thrown its political weight behind Russia as fears of it potentially invading Ukraine grows, pointing to Moscow’s “legitimate security concerns” in a call to US officials.

“All parties should completely abandon the Cold War mentality and form a balanced, effective and sustainable European security mechanism through negotiation,” China’s top diplomat said on Thursday, according to a foreign ministry statement.

In a nod to Moscow’s concerns about the expansion of the NATO alliance in Europe, Wang added that “regional security cannot be guaranteed by strengthening or even expanding military blocs”.

He also said China opposes “external interference” in how other countries are run.

Tens of thousands of Russian troops have been stationed at the border with Ukraine in recent weeks.In response, the US and other NATO member states have been conducting intense diplomacy with Russian President Vladimir Putin in recent days, as well as providing military reinforcement to Ukraine.

According to the State Department’s readout of the call, “Secretary Blinken underscored the global security and economic risks posed by further Russian aggression against Ukraine and conveyed that de-escalation and diplomacy are the responsible way forward”.

The US and its NATO allies have said they are ready for any eventuality.

Russia has fuelled a rebellion in the former Soviet republic’s east that has killed more than 13,000 people since 2014.

That year, it annexed Crimea following the overthrow of a government in Kyiv that had resisted efforts to move closer to Europe.

Moscow has denied planning to invade Ukraine but that it wants guarantees the country will not join NATO.

Wang also warned the US to “stop interfering” in the Winter Olympics, which Beijing hopes to turn into a soft-power triumph.

“The most urgent priority right now is that the US should stop interfering in the Beijing Winter Olympics,” the foreign minister said.

The lead-up to next week’s Games has been clouded by a US-led diplomatic boycott over China’s human rights record, particularly towards its Uighur Muslim minority in the Xinjiang region.