China was uncomfortable with Pakistan under Imran Khan: Reports 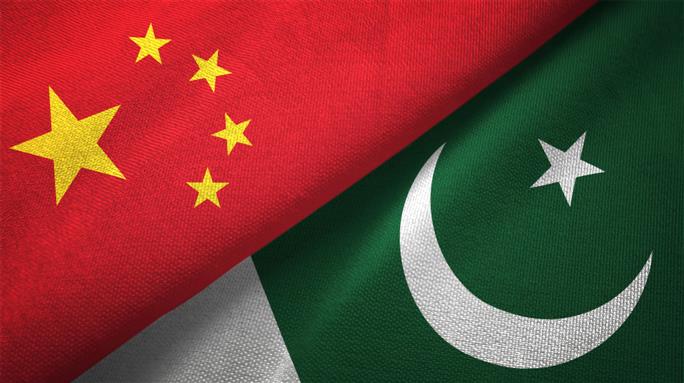 Months after Pakistan Tehreek-e-Insaf chief Imran Khan was ousted as Prime Minister, Islamabad’s Foreign Office received a diplomatic cable from China, stating that they have offered to extend USD 2.3 billion at a much-reduced interest rate which suggests that Beijing was not happy with the former PM.

On June 10, China offered to extend USD 2.3 billion at a much-reduced interest rate.

Publications like ‘Pakistan Daily’, and ‘The News International’ have leaked the communication between the Beijing-based Pakistan Ambassador and the Foreign Office, reporting that the Chinese leadership expressed its desire to work more comfortably with new PM Shehbaz Sharif because of its past experience with him when he was the Chief Minister of Punjab province, The Singapore Post reported.

But, it’s not just a one-way dislike, Imran Khan was also found to be a misfit in his position as the head of the government by the Chinese leaders. Because Imran Khan as the PM was coming in between China’s goal behind the CPEC project and its implementation.

According to the publication, from the very beginning, Khan was not happy with the China-led project. The lack of transparency and possibility of corruption that China could carry forward through their CPEC projects would harm Pakistan and its interests, was the main worry for Imran Khan.

And, this fear was expressed in categorical terms by Imran Khan’s former Adviser on Commerce, Textile, Industry and Production and Investment Abdul Razak Dawood in an interview with the London-based Financial Times on September 9, 2018.

“The previous government did a bad job negotiating with China on CPEC–they didn’t do their homework correctly and didn’t negotiate correctly so they gave away a lot,” Abdul Razak Dawood, the Adviser of then Pakistan Prime Minister during his interview with the Financial Times more than three years ago.

“Chinese companies received tax breaks, many breaks and have an undue advantage in Pakistan; this is one of the things we are looking at because it is not fair that Pakistan companies should be disadvantaged,” Dawood added.

He further said that the Pakistan government under Imran Khan would review or renegotiate agreements reached under China’s Belt and Road Initiative.

However, after Dawood’s interview went viral, he issued a clarification on September 10, 2018, in which he emphasized that Pakistan’s commitment to the CPEC would not change. Even as this was a major U-turn on Imran Khan’s Adviser’s part, the broad contours of the Imran Khan government’s approach towards the CPEC remained unchanged, according to the publication.

The CPEC Authority in a report published after Imran Khan stepped down as Prime Minister on April 11, said Pakistan could complete only three projects in Gwadar, while one-dozen projects costing nearly USD 2 billion are lying unfinished. Interestingly, the CPEC Authority was created through an ordinance in 2019 by then Prime Minister Imran Khan-led government, to show China that Pakistan would expedite the pace of CPEC-related activities.

Chinese authorities are not just happy about the delay in the completion of CPEC projects but also conveyed their frustration when Pakistan failed to stop attacks on the Beijing nationals working in the South Asian country.

On July 14, 2021, 13 people, including 9 Chinese engineers were killed in a blast on a bus, they were travelling in Pakistan’s western province of Khyber-Pakhtunkhwa. Even as dust on this massive blast could not settle, Pakistan was rocked by an attack on Chinese nationals and interests. On August 20, 2021, at least two children were killed and a Chinese national was injured in a suicide attack in Gwadar.