China: What does it want from the Ukraine crisis with Russia? 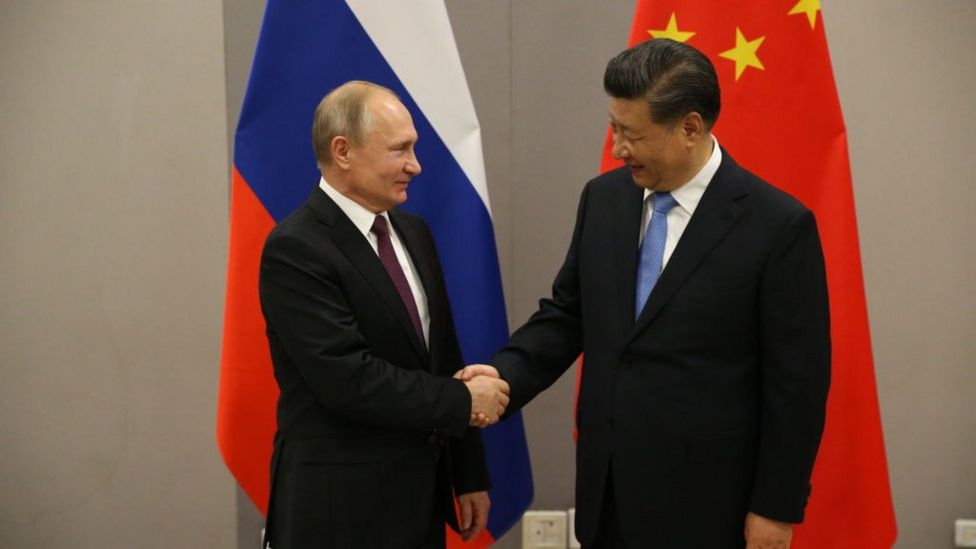 As the war of words between the US and Russia grows louder over Ukraine, one major player on the international stage has spoken up firmly as well: China.

In recent days, Beijing has called for calm on both sides and the end of a Cold War mentality, while also making it clear it supports Moscow’s concerns.

It would seem obvious that China would side with its longtime ally and former Communist comrade Russia. But how and why it is doing this goes deeper than their history.

‘China and Russia protect the world’

On Monday, Chinese ambassador to the UN Zhang Jun went further and said outright that China disagreed with US claims that Russia was threatening international peace. He also criticised the US for convening a meeting of the UN Security Council, likening it to “megaphone diplomacy” that was “not conducive” for negotiations.

Couched in diplomatic speak, China’s official line on the crisis has been cautious and nuanced, stopping short of actual support for Russia using military force against its former Soviet neighbour.

The Global Times newspaper claimed it was “the ever closer relationship and bond between China and Russia [that is] the last defence that protects the world order”, while a report by state news agency Xinhua said the US was attempting to “divert domestic attention” and “revive its influence over Europe”.

Brookings Institution policy director Jessica Brandt notes that some of this rhetoric has been put out in multiple languages on Twitter (which is banned in China) – in an attempt to shape how the US and Nato are viewed by the rest of the world.

“I think the goal here is to undermine the soft power of the United States, to tarnish the credibility and appeal of liberal institutions, and to discredit open media,” she tells the BBC, adding that this is an example of how Beijing “regularly amplifies Kremlin talking points on Ukraine” when it suits its interests.

China and Russia these days are close – perhaps closer than ever since the days of Stalin and Mao, some experts believe.

The 2014 Crimea crisis in Ukraine was seen as pushing Russia further into the arms of China, which offered Moscow economic and diplomatic support amid international isolation.

Since then, the relationship has blossomed further. China has been Russia’s biggest trade partner for years with bilateral trade hitting a new high of $147bn last year. The two countries also signed a roadmap for closer military ties last year while stepping up joint military exercises.

On Friday, Vladimir Putin wings his way to Beijing to attend the Winter Olympics at the invitation of Xi Jinping. There, the two will hold a closely-watched meeting that will make Mr Putin the first leader of a world power to meet Mr Xi in person in the last two years. The Chinese leader has refused to travel abroad and has met few foreigners since the start of the pandemic.

Crucially though, both countries currently have particularly tense relationships with the West.

“Beijing and Moscow perceive a shared interest in pushing back against the US and Europe and winning a bigger role for themselves in international politics,” says Chris Miller, assistant professor of international history at Tufts University.

In the event of an escalated conflict that results in Western sanctions being imposed on Russia, experts believe China is likely to come to Russia’s economic aid just as it has before. This could include providing alternative payment systems, loans for Russian banks and firms, more purchases of Russian oil, or even outright rejection of US export controls.

All this however would come at a significant financial cost to China – one reason why experts believe that, for now, echoing Moscow’s line is as far as Beijing will go. “Rhetorical support for Russia is a low-cost move for Beijing,” says Dr Miller.

A military conflict in Ukraine would result in a distracted US, which no doubt would be a boon for China. But many observers believe Beijing when it says it does not want war.

China is seeking to stabilise relations with the US right now, points out Bonnie Glaser, director of the Asia programme at the German Marshall Fund. If Beijing lent stronger support to Moscow, that “could create more tensions with the US, including a clearer democracy versus autocracy split,” she tells the BBC.

Beijing is also likely “hedging its bets” in the crisis as it is wary of Moscow’s true intentions, says political scientist Minxin Pei in a recent essay. Moreover, giving heavier support to Russia may antagonise the EU, China’s second-largest trading partner, which may trigger a “European backlash”.

Prof Pei argues this could possibly take the form of support for Taiwan – a concern that has cropped up on the sidelines of the Ukraine crisis.