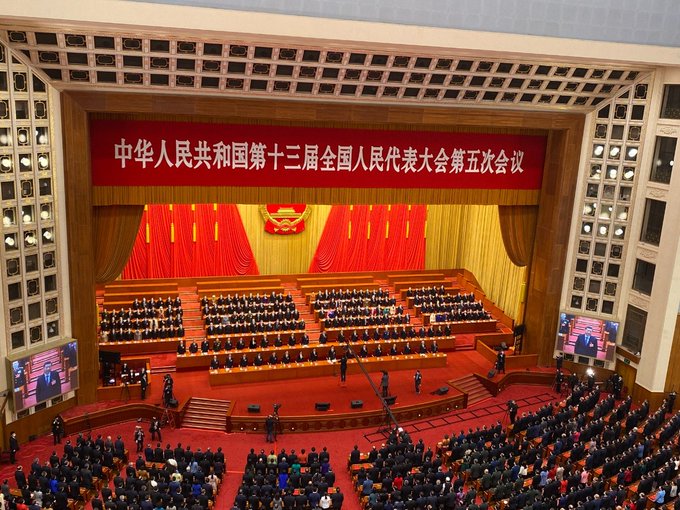 Much talked-about and globally monitored 20th National Congress of the ruling Communist Party of China (CPC) will be held on October 16th in Beijing where Chinese President Xi Jinping is widely expected to secure a precedent-breaking third term in power.

More than 2,000 delegates will gather in Beijing when key party positions will be filled, including the party’s leader, the line-up of top party bodies, as well as the Central Military Commission. Appointments to central government positions, including the premier, vice-premiers and ministers, will be finalised in March during the annual session of the National People’s Congress, the country’s top legislature.

The delegates will also approve a new list of members for the Central Committee, the party’s top leadership body made up of more than 300 political elites.

20th CPC National Congress has evoked keen interest globally on account of multiple factors including President Xi Jinping’s expected third term in power after a constitutional amendment removed the mandatory retirement age for him, composition of the standing committee of the CPC Political Bureau – the top decision-making body, China’s aggressive foreign policy amid increasing US-China tensions over Taiwan and the future of China’s Zero-COVID policy.

Immediately after the congress at the first plenary session of the 20th Central Committee, those committee members will meet to decide who gets a seat at the apex of Chinese politics, the 25-strong Politburo and its Standing Committee, which currently has seven members. Experts say, the most important decisions are usually made ahead of the party congress, which largely serves as a formal occasion to legitimise and communicate those decisions to delegates.

Tuesday’s meeting also decided that the seventh plenary session of the 19th CPC Central Committee is to be convened on Oct. 9 in Beijing. State media reported that 20th CPC National Congress is a congress of great significance to be convened at a crucial moment. President Xi has been constantly pressing that the party congress is one of this year’s most important tasks, and the nation’s top law enforcement agencies, economic planners and provincial chiefs have all vowed to ensure political and social stability for the event. Xi has earlier warned of challenges at home and abroad that he said were “more complex than ever”.

The 20th congress will “thoroughly review the international and domestic situations”, comprehensively grasp the new requirements for the development of the cause of the Party and the country, the report said. Apart from the geopolitical issues, the event would “continuously” push for a series of President Xi Jinping’s signature policies, including “common prosperity”, aimed at narrowing China’s immense wealth gap. Domestically, China’s economy has been hammered by constant Covid-19-related disruptions, a looming population crisis and soaring youth unemployment.