China’s crimes against the Uyghurs 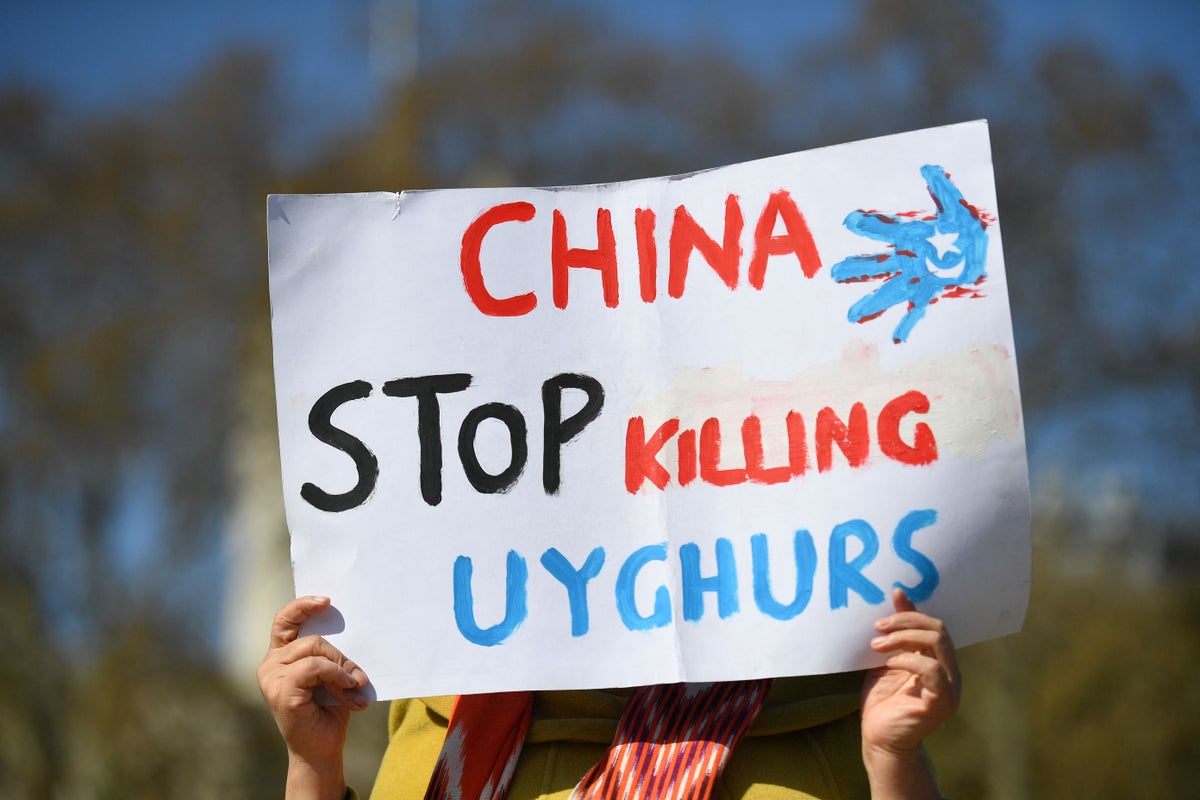 As the Beijing Olympics approach, all eyes are turning toward China – but something terrifying is happening there that the government does not want the world to see. We are confronted with a potentially genocidal state hosting the Olympics.

Right now, millions of people in the Xinjiang region of northwest China are being persecuted on the basis of their identity – because they are Uyghur, a Muslim minority group. The Chinese government is going to great lengths to use primarily non-lethal means to slowly destroy the Uyghur community, which totals approximately 12 million people. China’s actions are so alarming that we at the United States Holocaust Memorial Museum are gravely concerned that the Chinese government may be committing genocide. It is critical to underscore that genocide is a rare occurrence, and to invoke its name is to put forth an urgent, clarion call for action.

Mass atrocity perpetrators often go to great lengths to conceal and deny their crimes. The Chinese government has been exemplary at this. They have restricted independent monitors from accessing the millions of people they are persecuting and the vast network of detention centers and prisons that have held between 1 million to 3 million people. They harass and threaten Uyghurs who speak out – including those living in the United States.

But information has gotten out from whistleblowers and survivors. That information likely only scratches the surface of the true extent of the horrors.

The Chinese government has for decades tried to forcibly assimilate the Uyghur people, giving disingenuous rationales for doing so – like fighting terrorism and preventing separatism. Recently, surfaced information signals that the Chinese government’s conduct has escalated beyond a policy of forced assimilation. Since 2017, their attacks have intensified with new tactics used to repress, eradicate the Uyghur culture, and – it increasingly appears – to destroy the Uyghur people over time.

Every aspect of Uyghurs’ lives is monitored – either through surveillance (including facial recognition technology, integrated into the networks of surveillance cameras, to look exclusively for Uyghurs) that tracks their movements and communication, or through Han Chinese party officials who are physically moved into Uyghur homes to monitor them. These practices are not out of an Orwellian novel. This is the lived experience of millions of Uyghurs in Xinjiang.

The intrusive and omnipresent surveillance is a pipeline to mass detention. Uyghurs have been detained often without legal justification or due process for acts as mundane as donating to a mosque or having a religious marriage. In detention they face torture, sexual violence – and for many women, both in and out of detention, forced sterilization and forced IUD implantation.

We have seen a deepening assault on Uyghur female reproductive capacity through these practices as well as the separation of the sexes through mass detention and forcible transfer, and the transfer of children. China has had family planning policies across the country that have violated women’s rights for decades. Today, there are worrying allegations that an increase in these practices in Xinjiang is specifically and disproportionately impacting Uyghurs. There has already been a dramatic reduction in births (186,400 fewer births in 2019 than the year before), and when seen in the context of the broader persecution of Uyghurs and an environment where genocidal ideologies can take root, this reduction raises grave concerns for us about the potential commission of genocide.

In Xinjiang, genocide may look different from what the world has grown to expect. When most think of genocide, they think of the mass killings of 6 million Jews in the Holocaust and in more recent times of Rwanda. While outright killings are typical of genocide, the crime may be perpetrated through less obvious but no less devastating acts.

The United Nations Convention on the Prevention and Punishment of the crime of Genocide, to which China is a signatory, recognizes this. It refers to an intent to destroy in whole or in part a national, ethnical, racial or religious group through specific acts, most of which do not involve mass killing. These other acts include causing serious bodily or mental harm, imposing measures intended to prevent births within the group, and forcibly transferring children of the group to another group.

We know that perpetrators of mass atrocities evolve their tactics to advance their goals, including where mass killing may not, for an array of reasons, be a useful strategy or an employable tactic. China appears to be adopting those other tactics today.

One of the many tragedies of this situation is that once a determination or expression of grave concern is made, that means that we have failed to prevent and protect. There is – and has been – ample evidence that crimes against humanity are being committed. Many of these crimes were evident long before allegations of genocide arose, and they should have been met with urgency and focus. Otherwise, how else will we prevent genocide and fulfill the 1945 promise of “never again.”

The scale of the crimes against Uyghurs is daunting, and we know that confronting the crimes of a powerful perpetrator will be difficult. That is precisely why a coordinated, global response is needed. This is all the more urgent because we are concerned that China is exporting the same tools of repression that it is using against the Uyghurs to other countries. China is essentially creating a blueprint for how to slowly destroy a people – one that if not stopped, others may try to replicate.

A recent United States Holocaust Memorial Museum report makes clear, the onus is on the Chinese government to stop these conscience-shocking crimes, and to prove that to the world by allowing independent monitors in and holding perpetrators accountable. Given the Chinese government’s refusal to date to do so, others should come together to make sure there is swift, global, coordinated action to press China to end the crimes and quash impunity.

Companies need to make sure they’re not enabling, or profiting from, genocide or crimes against humanity. And the United Nations and governments around the world – led by the United States and the European Union – should redouble their efforts to collect information about what is happening in Xinjiang, coordinate strategies regarding sanctions, and protect Uyghurs outside China.

In 1936, Nazi Germany hosted the Berlin Olympics. While Germany’s mass killing of Europe’s Jews did not begin until 1941, the regime’s systematic and comprehensive persecution of its Jewish population was well underway. A boycott was debated, but ultimately the Olympic Games went on. Germany scored a propaganda victory, giving Germans an international showcase to be proud of and convincing many foreign observers that perhaps the Nazis were not all that bad after all. This history and our knowledge of the current crimes in Xinjiang should help inform our public debate today about the upcoming Winter Olympics in Beijing. Regardless of what happens, we cannot allow China to use the spectacle of the Olympic Games to obscure its ongoing persecution of the Uyghurs. The future of a people may depend on it.