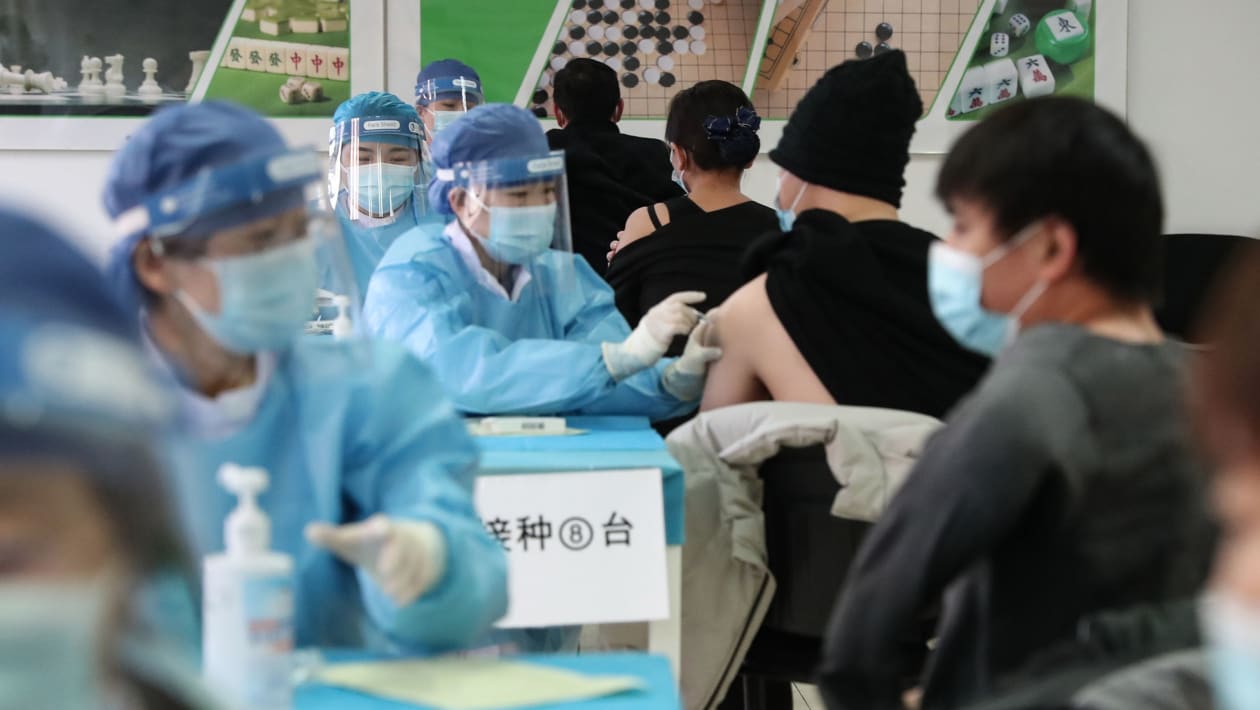 The distressing case of a pregnant Chinese woman miscarrying after a strict lockdown delayed her access to medical treatment has reignited debate over the limits of China’s zero-tolerance approach to Covid-19.

The country where the coronavirus was first detected in 2019 is now among the last places still hewing to “zero Covid”, placing millions under quarantine even as Beijing prepares to host next month’s Winter Olympics.

How is China maintaining ‘zero Covid’?

Unlike softer lockdowns elsewhere, people in China can be banned from leaving their buildings or forced to remain inside hotel rooms if they are considered high-risk contacts.

The historic city of Xi’an, home to the famed Terracotta Warriors, was locked down in December, forcing its 13 million residents indoors after around 150 cases were detected.

The similarly sized city of Zhengzhou tested every resident after just 11 cases.

China’s official tally since the start of the pandemic — just over 100,000 — is a fraction of the record one million cases logged by the US in a single day earlier this month.

The official death toll has stayed under 5,000.

Although cases from the chaotic initial outbreak in Wuhan in early 2020 are widely believed to have been under-reported, life since then has largely returned to normal.

“There is still no ability to stop single local cases from appearing, but we have the ability and confidence to quickly extinguish the outbreak when a local case is found,” National Health Commission official Liang Wannian told reporters last month.

Who pays the price?

“Zero Covid” comes at a cost.

Border areas, especially near Myanmar, have endured almost constant lockdowns and seen an exodus of businesses.

Locked-down communities have complained of poor access to food, supplies and medical treatment.

Meanwhile, migrant workers have been left stranded from families for months due to onerous travel rules and restrictions.

Heavy-handed enforcement has sometimes sparked outrage, such as when health workers beat a corgi to death after the owners were sent to quarantine.

Analysts say repeated shutdowns of factories and businesses have contributed to the country’s slowdown, despite China being the only major economy to expand in 2020.

Will China ever reopen?

The country effectively cut itself off from the world in March 2020 and virtually banned foreigners from entering.

Since then, travel restrictions have eased slightly.

But international tourism is non-existent and the government has said it will not renew expiring Chinese passports unless the holder has a good reason for travel.

The country will not reopen until at least after the upcoming Winter Olympics and Paralympics in Beijing, with the government anxiously guarding the capital and tightening restrictions ahead of the Games.

Those who question “zero Covid” have faced a nationalistic backlash.

What will happen if China opens up?

Peking University researchers have warned China could suffer a “colossal outbreak” that would overwhelm its medical system if it relaxed restrictions to a similar level as Europe and the US.

But Ivan Hung, an infectious diseases expert at Hong Kong University, said second generation vaccines targeting the Delta and Omicron variants — as well as close to 100 percent vaccination rates — could ward off a disaster.

In this scenario, “it’s likely that Covid will turn out to be similar to influenza,” Hung said.

But letting the virus in could be risky for President Xi Jinping as he seeks a third term in October after billing himself as a leader that will always keep China safe.