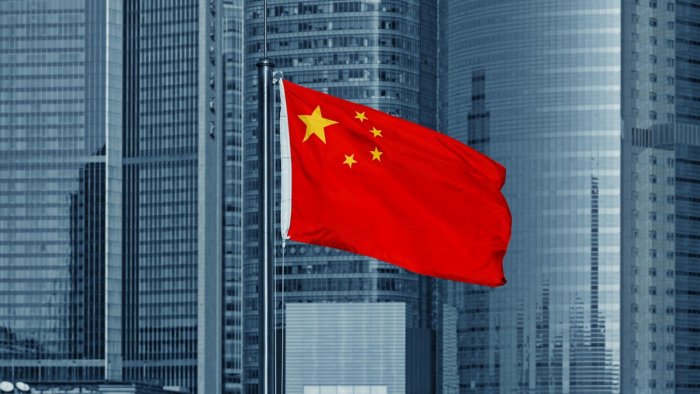 The development of Hambantota International Port (HIP) was espoused by former Sri Lankan president Mahinda Rajapaksa, the elder brother of the incumbent, to spur economic development in his home district in 2009 and against the advice of critics who had flagged concerns about its commercial viability.

After Indian companies refused, he turned to China, which was attracted by the strategic location of this port, situated at the tip of the Indian Ocean (through which bulk of international oil traffic from the Gulf passes) and barely 300 miles from the Indian mainland.

Between 2007 and 2014, China gave five loans amounting to $1.26 billion for the development of this port, in the beginning at 1 percent or 2 percent, but later escalated to 6.3 percent with short repayment periods.

Though the port was opened on November 18, 2010, it failed to attract many ships, which preferred to berth at the nearby Colombo port. As the debt repayment liabilities mounted, the successor Maithripala Sirisena government, in August 2017, handed over an 85 percent stake in the port to China Merchants Port Holdings Company (CMPort) for 99 years for $ 1.12 billion. The remaining 15 percent remained with the Sri Lanka Ports Authority; commercial operations of the port were managed jointly while its ownership remained with the Sri Lankan government.

After CMPort took over the predominant stake, port operations were expanded to include container handling, general cargo, passengers, bunkering, bulk terminal, including for LNG, roll on roll off operations with a doubling of business since 2017. China is trying to set up industrial zones in 15,000 acres of land associated with HIP locating companies, which can export globally.

China is also investing $ 1.4 billion in the Colombo port city project, which will involve the reclamation of land and construction of infrastructure adjacent to the Colombo port, and building of an integrated resort, casinos, conference centre, a marina, residential apartments, financial zone and green space. In addition, China has provided billions of dollars in loans to Sri Lanka for developing a seaport, airport, highways and power stations. While the country’s debt liability to China has increased to about $ 8 billion (2020), these projects have yet to yield adequate revenues for debt servicing.

China’s economy has, meanwhile, plummeted with its GDP increasing by a paltry 2.3 percent in 2019 and contracting in 2020 by (-) 3.6 percent (GDP about $ 78 billion in 2020). It suffers from several structural problems such as falling trade to GDP ratio (which declined from 33 percent in 2000 to 13 percent in 2019), failure to diversify export destinations, low levels of FDI and declining tax revenues. Its debt (government) to GDP ratio has escalated from 71.5 percent in 2010 to 101 percent in 2020. Fitch and other rating agencies have downgraded Sri Lanka’s sovereign debt to “CCC” indicating the risk of meeting its debt repayments, which has adversely affected the country’s ability to raise finance from the capital markets.

Sri Lankan leaders including the current president, however, downplay the Chinese debt liability, as China has become the lender of last resort to provide a periodic balance of payment support to Sri Lanka. In early 2021, China provided a $ 1.4 billion currency swap facility to tackle the foreign currency shortage. This was followed by a $ 500 million foreign currency term financing facility from the China Development Bank and a $ 180 million loan from the Beijing-based Asian Infrastructure Investment Bank in April 2021.

Considering that the development of Chinese projects was not based on independent feasibility studies, there are doubts about their financial viability. The record of China’s several infrastructural projects in Zambia, Kenya, Pakistan, Myanmar and other countries points to a bleak future.

Though India has not provided loans and investments on the scale that China has, India’s investments have facilitated crucial technology transfer, partnerships, trade creation and human capital development. India has improved Sri Lanka’s rail networks, which serve more than 300,000 daily commuters and built 50,000 houses for people displaced by the civil war. Its free trade agreement has enabled Sri Lanka to augment its exports to India. Besides the Gulf region, India is the second-biggest source of worker remittances. Indians make up 20 percent of Sri Lanka’s tourist

While the Sri Lankan leaders have assured that they would not take any steps to harm India’ security, the creeping Chinese influence may put increased pressure on Sri Lanka in the future to allow China to make military use of these facilities to India’s disadvantage. China can disrupt trade and energy flows passing through the Indian Ocean and set up basing facilities to interdict naval operations of India, the US and other countries.

Recently, Sri Lanka decided to cancel a proposal for the development of the East Container Terminal at Colombo port with the assistance of India and Japan amid opposition from some nationalist groups. India will have to take necessary steps together with like-minded countries such as the US, Japan and others to moderate China’s growing influence in Sri Lanka and prevent her from falling into an economic quagmire to ensure that their interests are not adversely affected.