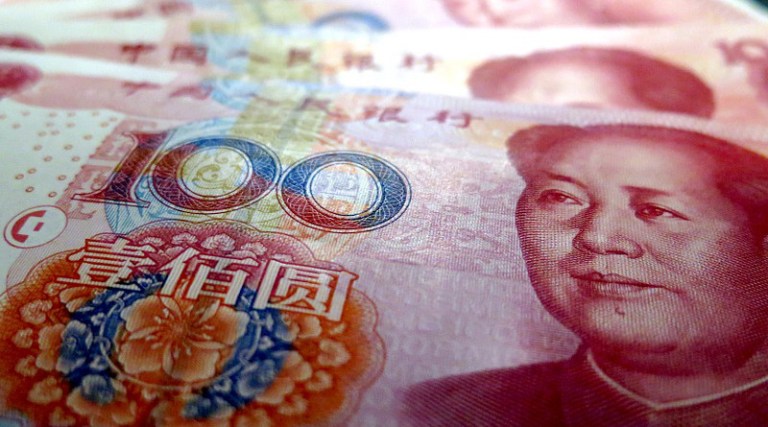 China was one of the first major countries to recover from the coronavirus-induced economic collapse—but at what cost? The country has taken on enormous levels of public and private debt, eased monetary policy, and issued billions of dollars in new bonds. Yet, as the world’s second-largest economy attempts to return to its pre-crisis glory days, Beijing could potentially deal with a new pandemic that could have a sweeping effect on financial markets at home and abroad: A bond default crisis. Once again, when China sneezes, the world catches a cold.

The Chinese bond market is at a pressure point with liquidity levels tightening. Although a massive selloff has yet to transpire in the world’s second-largest bond market, all the indicators point to its inevitability. Authorities are desperate to implement more financial discipline and transparency in the debt arena, but it might be a case of too little, too late.

Chinese corporations are defaulting on local bonds at the fastest rate on record. Year-to-date, businesses, from airlines to property developers, have failed to make payments on approximately $16 billion worth of inland bonds. This is the fourth consecutive year that defaults have surpassed the $15 billion mark, but they have typically crossed this threshold in September, not in April.

On the one hand, these defaults are part of a robust bond market because it spotlights efficiency and transparency. On the other, the sources of these failures are generating a deep concern: The real estate industry represented about one-quarter of all defaults.

Moreover, defaults on offshore bonds are beginning to increase, totaling close to $4 billion in the first quarter. Are foreign investors, who are bailing out China, worried about this trend? So far, overseas investors have been attracted to yield premiums and the strengthening yuan. At the end of April, foreign holdings of government bonds topped $326 billion, following a steep decline in March. Foreigners might inject the bond market with some liquidity, but that reprieve may be short-lived.

The Li Keqiang Index, an alternative economic measurement that looks at electricity consumption, railway cargo volume, and bank lending, is at a decade high. China’s bond market is reportedly lagging behind these indicators, resulting in higher rates in the near term. Producer prices are soaring, and they have pointed to a direct connection to government bonds yields, even more than consumer prices. Moreover, short-dated interest rate markets are noticing the trends, moving incrementally higher and suggesting that tighter liquidity conditions are on the horizon.

Policymakers to the Rescue?

Late last year, Yongcheng Coal & Electricity Holding Group, a state-owned mine operator in the Henan province, failed to issue a principal or interest payment on AAA-rated commercial paper worth nearly $152 million. This triggered panic selling and crashing bond prices. It was a big deal for two reasons: the size of the SOE and that it was yet another high-profile company with direct ties to the central government. In 2020, there were more than 100 corporate bond defaults.

Now that the rate of corporate bond defaults is rising again, will policymakers intervene? For now, the answer may be no because officials might have other headaches to worry about, including elevated asset prices and increasing debt levels. Plus, according to Jean-Charles Sambor, head of emerging-market debt at BNP Paribas Asset Management, officials are attempting to alter the mindset of investors, telling Bloomberg:

But what happens when defaults start hitting municipalities? The Zunyi Bozhu District, a county in southwestern China’s Guizhou province, did not repay a bond with a principal of about $40 million. This was the first municipal bond default in China this year, and experts are warning that a few more could be coming in the $1.65 municipal bond market over the next 12 to 18 months.

Ultimately, the bond market is in disarray, and the only things that could keep it afloat are outsiders and bailouts.

Across the country, gaping holes are threatening to reverse the post-coronavirus recovery. Be it credit risks or hidden debt troubles, China’s titanic of an economy will need to steer the nation in a new direction if it wishes to avoid crashing into multiple icebergs. This will be challenging for officials since they are still trying to cover up the distortions, bailouts, zombies, and crises from before the COVID-19 public health crisis. And President Xi Jinping will need more than a de facto communist five-year plan to accomplish this feat.