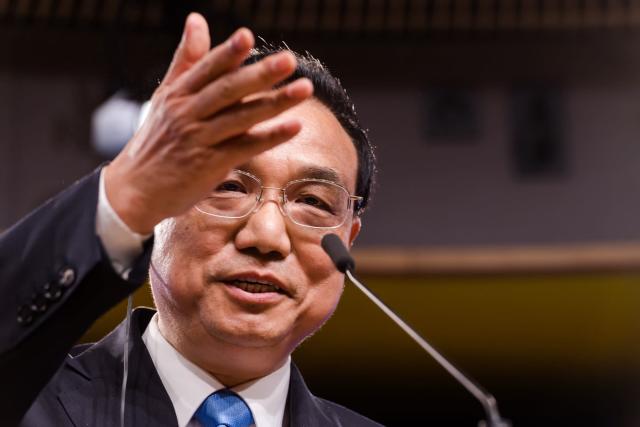 China’s Premier Li Keqiang asked local officials from six key provinces that account for about 40% of the country’s economy to bolster pro-growth measures after data for July showed consumption and output grew slower than expectations due to Covid lockdowns and the ongoing property slump.

Only when the main entities of the market are stable can the economy and employment be stable,” Li was cited as saying at the meeting in a front-page report carried in the People’s Daily, the flagship newspaper of the Communist Party.

The meeting came after Monday’s surprise interest-rate cut did little to allay concern over the property and Covid Zero-led slowdown. Economists have warned of even weaker growth and have called for additional stimulus, such as further cuts in policy rates and bank reserve ratios and more fiscal spending.

Li acknowledged the greater-than-expected downward pressure from Covid lockdowns in the second quarter and asked the local officials to strike a balance between Covid control measures and the need to lift the economy. “Only by development shall we solve all problems,” Li said, according to the broadcaster.

Indicating China may resort to more local debt issuance to pump-prime the economy, Li said “the balance of local special bonds has not reached the debt limit” and the country should “activate the debt limit space according to law,” according to the People’s Daily report.

Based on the government budget, local authorities may be able to issue an estimated 1.5 trillion yuan ($221 billion) of extra debt and bonds this year to support infrastructure spending, after top leaders urged better use of the existing debt ceiling limit in a key July Politburo meeting. The arrangement could be approved in August, according to some analysts.

China’s 10-year government yield rose for the first time this week, up one basis point to 2.64% from the lowest in more than two years.

Li urged local governments to accelerate the construction of projects with sound fundamentals in the third quarter to drive investment, the report said, and also asked officials to expand domestic consumption of big-ticket items such as automobiles and support housing demand.

He also stressed the importance of opening up the domestic market to foreign investors, noting that the six major provinces — Guangdong, Jiangsu, Zhejiang, Henan, Sichuan and Shandong — account for nearly 60% of the country’s total foreign trade and foreign investment.