China’s provocations near Senkaku Islands have become the norm 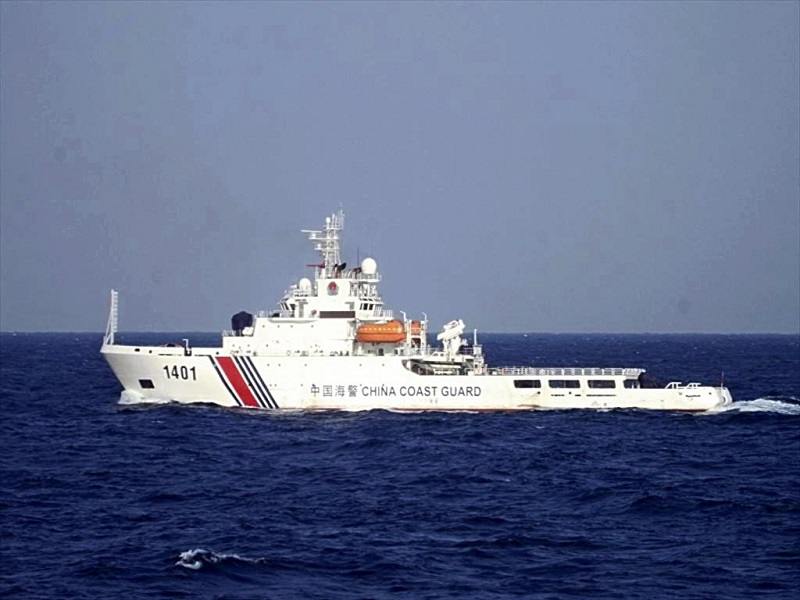 Sunday marked 10 years since the Japanese government nationalized the Senkaku Islands in 2012. Over that time, China has been accelerating its maritime advances, with provocative acts by China Coast Guard vessels becoming common around the islands.

Tensions are not likely to ease anytime soon, casting a shadow over efforts to improve bilateral relations between the two countries, which will soon mark the 50th anniversary of the normalization of their diplomatic ties.

In the early morning hours of July 5, a ship called the Zuiho Maru approached Uotsuri Island — one of the Senkaku Islands — in Ishigaki, Okinawa Prefecture. The vessel has a gross tonnage of 9.7 tons and is operated by a 50-year-old fisherman from Yonaguni in the prefecture.

The shadows of two huge ships, CCG vessels of the several thousand-ton class, emerged in the darkness. The ships had intruded into Japan’s territorial waters and hemmed in the Zuiho Maru, bringing themselves within a few hundred meters of the fishing boat.

Then a Japan Coast Guard patrol ship wedged itself between the vessels, with a “standoff” continuing for some time. The CCG ships stayed in Japan’s territorial waters for 64 hours and 17 minutes, the longest continuous time there by such vessels since the islands were nationalized.

The fisherman was angry, saying in recent years he has been followed by CCG ships more often than ever before. “China has gotten serious about taking over the Senkakus. Why should we have to worry about China when we’re fishing in Japan’s rich waters?” he said.

Chief Cabinet Secretary Hirokazu Matsuno told a press conference on Friday that “the situation remains unpredictable and we are extremely concerned,” referring to the July intrusion.

In April 2012, then Tokyo Gov. Shintaro Ishihara announced his intention to purchase the Senkaku Islands from private landowners. This prompted the Noda administration of the Democratic Party of Japan to nationalize the islands in September that year.

China reacted with fury. According to the JCG, the number of Chinese government vessels trespassing in Japan’s territorial waters went from just one between 2009 and 2011, to 23 in 2012.

The following year, in 2013, the number reached a high of 52 and has remained at around 20-30 per year since then. CCG vessels sailed within the contiguous zone, which extends approximately 22 kilometers outside territorial waters, on more than 300 days a year in both 2020 and 2021.

The Japanese government has been increasing the number of JCG patrol vessels and deploying Self-Defense Force units to the Nansei Islands. However, China has also greatly strengthened its readiness.

The CCG was established in 2013 through the combination of four organizations, including the State Oceanic Administration. It was incorporated in 2018 into China’s Armed Police Force. In 2021, China put into force the Maritime Police Law, which allows the use of weapons on vessels belonging to the CCG when its sovereignty is infringed, thus further heightening tensions at the scene.

The Japanese government has been seeking to ease tensions with China through foreign ministerial and summit-level dialogue before the 50th anniversary of the normalization of diplomatic relations between Japan and China on Sept. 29.

However, the outlook is uncertain.

A Japan-China foreign ministerial meeting scheduled for early August in Cambodia was canceled due to a visit to Taiwan by the U.S. Speaker of the House of Representatives.

China has been ramping up its activities in the skies, too. In March this year, an unmanned surveillance aircraft flew over Japan’s air defense identification zone north of the Senkakus, and Japan responded by scrambling Air Self-Defense Force fighter jets.

The Chinese side has not relaxed its strategy of continuing its activities in the waters surrounding the Senkakus and trying to make its presence an established fact.

A senior Foreign Ministry official said, “We have no choice but to continue our efforts to communicate between the two countries at various levels, including summit meetings while working to ease tensions.”