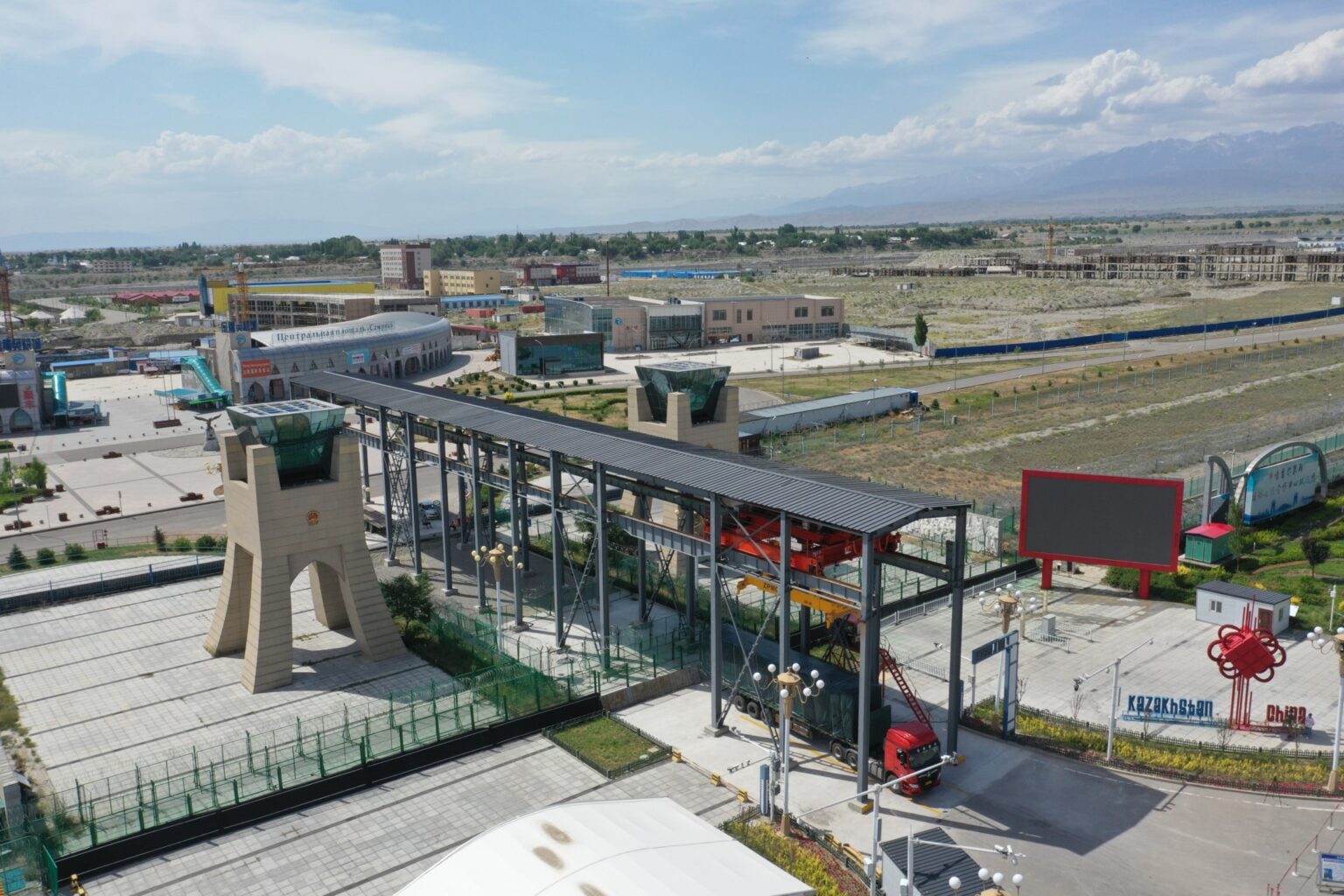 China’s genocidal oppression of Uyghur Muslims in Xinjiang province has largely been viewed through a humanitarian lens. However, understanding Beijing’s actions in terms of its geopolitical imperatives can help the U.S. and its partners identify new routes to pressure China and defend Uyghur human security.

As the world continues to tackle the COVID-19 pandemic and financial crisis, the balance of power in Central and South Asia is beginning to rapidly shift. In Afghanistan, the U.S. and its allies are about to conclude a full-scale military withdrawal and refocusing efforts on great-power competition in the Asia-Pacific region as well as Eastern Europe. Russia has struggled to maintain its economic influence in the former Central Asian Soviet republics and has lost its status as the region’s top direct investor and trading partner. Meanwhile, in Pakistan, Baloch separatism and Talibanization, an increased focus on border security, and heightened debt concerns have slowed down several infrastructural projects planned with China.

The threat of increased instability in and violent spillover from Afghanistan into Pakistan, lagging Belt and Road Initiative (BRI) projects in South Asia, and a new door for cooperation opened in West Asia have forced Beijing to reevaluate the direction and pace of its prized BRI. As China revisits its pre-pandemic plans to promote interconnectivity and project influence from the South China Sea to the Suez Canal, new volatility will force it to concentrate on its Central Asian projects.

However, while China has adjusted its BRI strategy to meet new geopolitical ends, its means remain the same. The “stepping stone” continues to be the province of Xinjiang, where the Chinese Communist Party remains fixed on diluting the Uyghur population and other minority groups in the name of national unity, Han racial supremacy, and the BRI. As China quickens the pace of Central Asian BRI plans, Beijing is showing no signs of slowing down its genocidal campaign against China’s Uyghurs in order to pave the way for its agenda in Central Asia.

The Uyghur’s Nexus with the BRI

China’s ongoing brutalization of the Uyghur population, which the United States has declared as genocide, has often been discussed through a political or humanitarian lens. This has prompted greater discussion about Beijing’s deployment of surveillance, detention, and forced labor and sterilization, and how this speaks to China’s authoritarian state practices and disregard for international legal norms and moral principles. While this approach is correct in its focus on Chinese oppression, viewing China’s actions instead through the lens of its geopolitical imperatives can help the U.S. and its partners identify new routes to pressure China and defend Uyghur human security.

To Beijing, Xinjiang sits upon a geopolitical goldmine. The province borders Kazakhstan, Kyrgyzstan, Tajikistan, Pakistan, Afghanistan, Mongolia, and Russia, making it a lucrative doorstep for China to extend its economic and political influence into the Eurasian landmass without the risk of disruption from its great-power rivals. Xinjiang has been the site of immense commercial, economic, and political interest in Beijing for decades, and this interest has grown as China’s economy expanded, national energy demand ballooned, and a need for new overland corridors with the Middle East, Europe, and the Indian Ocean emerged.

As the logistical hub of the BRI project – hosting three out of the six economic corridors of the BRI – Xinjiang has been the recipient of billions of dollars of investment and commerce, with the province accounting for over 80% of trade with BRI states in 2019. The province’s isolated economy and underdeveloped infrastructure also made it a target of increased governmental interest and investment, with the Chinese government’s belief  that interconnectivity through BRI would adjudicate economic disparities among China’s wealthier coastal provinces and poorer, underdeveloped mainland regions.

Xinjiang’s Uyghur Muslims have always been perceived as an obstacle to economic development and the BRI, incentivizing Beijing to try to pacify separatist resistance, first through an influx of Han migration and investment, then recently with Orwellian surveillance and demographic engineering.

Since the 1950s, China’s policy in Xinjiang has been to diminish Uyghur influence, resistance, and presence by encouraging Han Chinese to settle in the province – a policy that saw the Han population in Xinjiang snowball from 6.7% 1949 to over 40% by 1980 and 60% by 2018. Until the Soviet implosion, Xinjiang also represented a buffer zone for Beijing that insulated China’s Han core and thus needed to be brought under Chinese sovereignty. After 9/11, Beijing perceived resistance from the area in the form of Islamist militancy, Uyghur resistance, and separatist sentiments that it sought to subdue, creating a narrative of counterterrorism in relation to Xinjiang.

In the years since GDP growth rates slowed in the wake of the 2008 recession, Uyghur separatist clashes in 2009, and the formulation of the BRI, China has poured an immense amount of money, personnel, and resources into monitoring Xinjiang and diluting Uyghur influence to consolidate domestic control and party unity, elevate Han racial supremacy, and pave the way for BRI projects. In the midst of this, the genocide in Xinjiang continues, particularly as its BRI corridor in South Asia faces economic and security challenges, requiring China to double down on its more promising projects in Central Asia, the New Eurasia Land Bridge, and China-Central Asia-West Asia corridors.

The largest project of China’s BRI designs – the $62 billion China-Pakistan Economic Corridor (CPEC) – has experienced a series of speedbumps that have created the greatest challenge to the BRI’s broader success. The CPEC corridor, stretching from China’s Kashgar terminus to Pakistan’s Gwadar port, offers China a long-term economic advantage with its potential to create new export markets and access energy markets near the Gulf of Oman without having to traverse the Bay of Bengal’s unfriendly waters.

Because of CPEC’s strategic importance, Beijing has infused billions into the project with the hopes of securing land-based oil and gas pipelines with Iran and bolstering Chinese influence in the Arabian Sea. However, the project has lagged in recent years. The Port of Gwadar has been periodically attacked by Baloch and Sindhi separatists on the Pakistan-Afghanistan border, prompting Pakistan to deploy 15,000 security forces to Gwadar and to fence off the port due to security concerns. Despite designs to modernize the Gwadar Port and designate the area as a free-trade zone, the majority of CPEC funds have been allocated toward coal-fired power plants to address Pakistan’s recurring power shortages. Pakistan has balked at continuing the project on time and has scaled down BRI-related budget allocations due to concerns that Beijing was overcharging.

Regional security concerns, too, have cast doubt on CPEC’s viability. Afghanistan’s widening power vacuum as U.S. and NATO forces withdraw has added a layer of security concerns to BRI designs in South Asia. The withdrawal’s empowerment of the Taliban will introduce increased risk to infrastructural projects planned near the Afghanistan-Pakistan border, where insurgents are expected to ratchet up cross-border attacks. Ultimately, the withdrawal in Afghanistan will demand increased attention and resources from Islamabad to secure the Durand Line and stave off violent spillovers, with the likelihood that Pakistan – already struggling to finance existing BRI projects – will wind down CPEC commitments.

Regionally, insurgents may pose threats to Central Asian and Chinese border security through the Wakhan Corridor in Afghanistan’s Badakhshan province. Already, Taliban attacks in Badakhshan have forced Afghan forces to seek refuge and have prompted China to deploy its own security forces to border posts and strategic chokepoints in Tajikistan. The intensified cross-border flashpoints created from Afghan instability will undoubtedly amplify existing Chinese concern over the safety of CPEC routes and its commitments in South Asia.

Lessons learned from CPEC will compel China to revise the corridor’s most ambitious projects. However, Beijing has not slowed down its broader BRI strategy – particularly in relation to Central Asian corridors. Situated in China’s immediate west, Kazakhstan, Uzbekistan, Kyrgyzstan, Tajikistan, and Turkmenistan have been at the heart of the BRI’s connectivity aims as Beijing seeks to tap into new markets in landlocked, isolated Central Asian economies. There is also a broader geopolitical dimension to China’s emphasis in Central Asia, as China seeks to impose a new balance of power through the BRI by creating Central Asian dependency on Chinese investment, remittance inflows, and commodities. And as the region emerges from the COVID-19 pandemic, Beijing seeks to move in while Central Asian economies are at their most vulnerable as they emerge from their worst recession since the 1990s.

For this reason, China has doubled down on two of the BRI’s Central Asian projects: the China-Central Asia-West Asia Economic Corridor, which retraces the steps of the ancient Silk Road from Xinjiang in China into Kazakhstan, Kyrgyzstan, Tajikistan, Uzbekistan, Turkmenistan, Iran, and Turkey; and the New Eurasian Land Bridge, which runs from China through 30 countries in Central Asia and Europe. China has already demonstrated heightened interest in these projects, particularly with new levels of engagement with Iran, resurged progress with BRI contracts and easing Bottlenecked Chinese-Central Asian border crossings closed during the pandemic that created gridlock and increased transportation costs.

China has pursued greater engagement with its Central Asian neighbors through the China + Central Asia format (C+C5), which held its second meeting between the foreign ministers of Kazakhstan, Uzbekistan, Tajikistan, Kyrgyzstan, Turkmenistan, and China, on May 12, 2021. During that meeting, officials made commitments to strengthen BRI efforts as well as cooperation on counterterrorism, religious extremism, and regional instability in the wake of the U.S. withdrawal from Afghanistan.

While China is reconcentrating its efforts in its BRI grand strategy, its threat perception of the Uyghur community in Xinjiang has not changed. As Beijing continues to invest heavily in BRI projects in Central Asia, a tactic of creating economic dependence and influence, China’s Uyghur community will continue to experience mass arrests, detentions, and strict state surveillance as a part of the Chinese Communist Party’s genocidal campaign. China’s Central Asia strategy will also continue to reinforce its repressive efforts against Xinjiang’s Uyghurs.

Central Asian BRI partners have largely stayed quiet about Chinese demographic engineering, despite domestic discontent over the mistreatment of ethnic Kazakh, Kyrgyz, and other foreign nationals that have been implicated in Xinjiang’s security sweeps. The governments of Kazakhstan and Kyrgyzstan have additionally voiced support for Chinese detention centers, characterizing Beijing’s efforts as a battle against terrorism and separatism. The widening security vacuum in Afghanistan, investment in Central Asian BRI corridors, and strengthened C+C5 security cooperation will contribute to Central Asian solidarity with China in Xinjiang, drawing linkages between Uyghur Muslims, violent spillover from Afghanistan, and regional insecurity to justify Uyghur suppression.

It is in the Biden administration’s interest to defend the Uyghur community, as a pillar of the administration’s human rights policy and promise to uphold human security under the 1948 Genocide Convention. However, the administration has missed how China’s strategy with the Uyghurs plays a role in its larger strategic designs in Central Asia and how strategically important Central Asia is in the larger U.S. strategy to counter Chinese influence. When the White House released its Interim National Security Strategic Guidance Document that outlined how this administration envisioned engaging with the world, Central Asia was nowhere to be found, exposing a significant void in its counter-China strategy.

While the BRI campaign is not the sole imperative behind ongoing genocidal efforts against the Uyghur community, it is important that the U.S. connect the dots between Xinjiang and China’s grander economic designs in Central Asia and become cognizant of intensified Chinese interest and efforts in the region. The Biden administration should interweave its “Blue Dot” network that seeks to counter China’s BRI and improve supply chain resilience, its stance on countering the Uyghur genocide and protecting Uyghur human rights, and its broader designs against China. In doing so, the U.S. can both mount pressure on China and lay the foundations for an overdue, comprehensive, region-specific strategy for Central Asia.