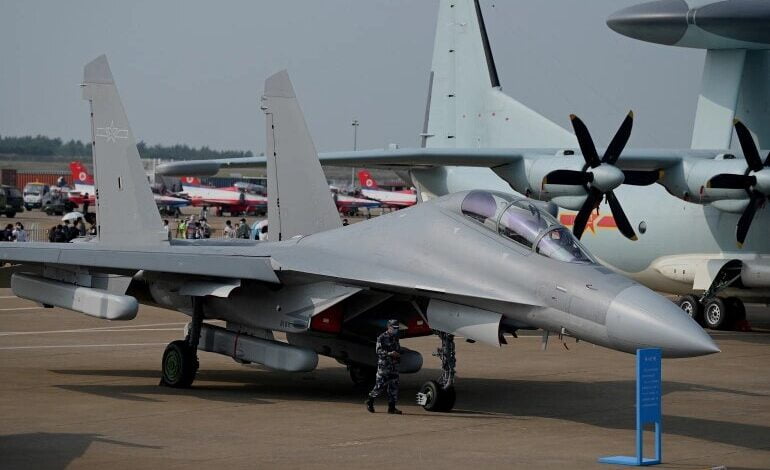 China’s targeting of Australian military planes was “aggressive and irresponsible”, the United States Department of Defense says, and it “represents one of the most significant threats to peace and stability in the region”.

In comments released on Thursday morning, the US defense department’s Ely Ratner said Chinese aggression in the Indo-Pacific was an attempt to challenge the rules-based order and assert greater control in the area.

Ratner, the assistant secretary of defense for Indo-Pacific security affairs, said incidents, including those aimed at Australian aircraft earlier this year, were “not isolated”.

Over the last five years, the number of unsafe PLA [People’s Liberation Army] intercepts … has increased dramatically, with dozens of dangerous events in the first half of this year alone,” he said.

“In my view, this aggressive and irresponsible behaviour represents one of the most significant threats to peace and stability in the region today, including in the South China Sea.”

In May, a Chinese fighter jet forced a RAAF P-8 maritime surveillance aircraft into a “dangerous manoeuvre”. The Australian defence minister, Richard Marles, said the Chinese aircraft flew close to the Australian one, released flares, cut across its nose and settled in front of it.

“At that moment, it then released a bundle of chaff, which contains small pieces of aluminium, some of which were ingested into the engine of the P-8 aircraft,” Marles said.

“Quite obviously, this is very dangerous.”

In February, a People’s Liberation Army navy warship shone a military-grade laser at an Australian surveillance aircraft. The Australian defence force said at the time there had been an increase in the use of lasers, but that specific incident was “more serious”.

Ratner said on Thursday if the Chinese military continued it could cause a “major incident or accident” and that the US had to “demonstrate the will and capability to properly deter [People’s Republic of China] aggression”.

That includes building a “combat-credible forward presence” in the region, and bolstering allies’ capabilities, he said, particularly in intelligence, surveillance and reconnaissance.

While the US will “always stand ready to prevail in conflict”, its priority was deterrence, he said.‘A dangerous act’: how a Chinese fighter jet intercepted an RAAF aircraft and what happens nextRead moreAdvertisement

“We do not seek confrontation or conflict,” he said.

Ratner’s comments echo those from Gen Mark Milley, chair of the US Joint Chiefs of Staff. In Sydney on Thursday, he said China’s behaviour in the Pacific was “much more confrontational” now and “seems to imply that they want to bully or dominate”.

Earlier this week, Milley said China had become “significantly more, and noticeably more, aggressive”. He added to those comments in Sydney at a conference to discuss the rise of China and the stability of the region.

“It’s a big conference to discuss our mutual security interests and discuss national security issues that apply to all of us,” Milley said, according to Associated Press.

Under the new Labor government, there are hopes that relations between China and Australia are thawing. However, Beijing is very critical of the Aukus deal, and the plan for Australia, the UK and the US to share nuclear-powered submarine technology.