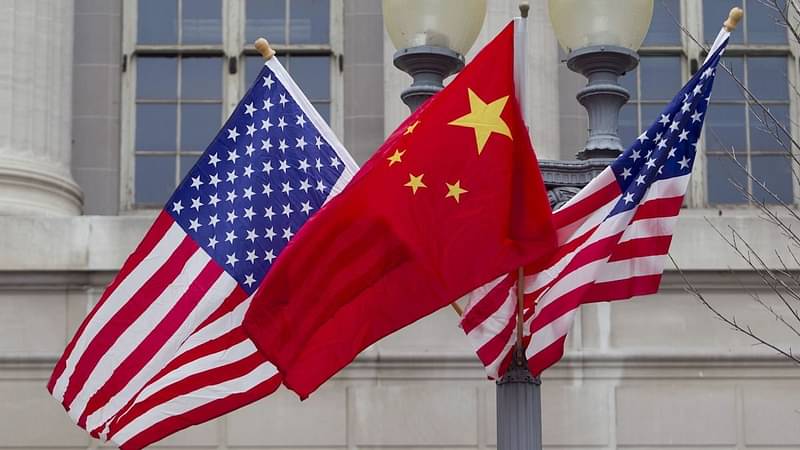 From China’s “new era and new thought” propaganda campaign to Russian President Vladamir Putin’s visit ahead of the Winter Olympics, Chinascope brings you the major stories from and about China last week in the news.

Chinese think tanks have, in the past, surprised the world by publishing bold predictions such as falling birth rate and slowing economic growth. But this month, the Institute of International and Strategic Studies at Peking University has pulled a report that suggested China will suffer if it decouples from the United States. The report had said: “In the future, China can narrow its gap with the US in more technological areas and China can achieve ‘self-sufficiency’ in some core technologies, but it remains a long way off before China comprehensively surpasses the US.”

The 7,600-character-long report was pulled from the WeChat account of the think tank. A copy of the report was later made available by the US-China Perception Monitor.

According to the South China Morning Post, China has been wary of this threat for a long time. The news article mentions previous attempts by organisations to warn China about the consequences of its tech war with the US. It said: “a Chinese state think tank last month listed ‘targeted decoupling of supply chains’ as one of the top 10 global risks for China in 2022, along with mutations of the Covid-19 virus, underlining how serious the issue is viewed by top scholars in the country.”

No matter what the outcome of the US-China tech war is, the Chinese Communist Party (CCP) still has enough resources to be subtly present in its citizens’ lives. It’s a phenomenon with a long history going back to Mao Zedong. Education and training about the Party’s ideology can appear in most bizarre contexts. Most recently, this is being done through ‘centres for political thought’ as revealed by the online magazine ChinaFile. The centres provide education and propaganda training on the party’s theory, history, cultural education, and the overall behaviour expected from every Chinese citizen.

Jessica Batke, a Senior Editor at ChinaFile, wrote about the existence of a campaign in China’s villages and major urban areas called the “new era and new thought”. The ‘New Era Civilization Practice Centre began appearing in 2018 as a pilot project in 50 counties. “And in Guangzhou, the capital of Guangdong province, the local government claimed in October, there were nearly 3,000 centres in its downtown district alone — or one every half-kilometre,” she wrote.

In Guizhou province, the focus of these centres is to “forge mass solidarity, guide the masses, inculcate a correct cultural disposition in individuals, improve social mores, and adjust people’s behaviour”.

The ChinaFile story, however, is not the only investigative report creating a buzz about China. A news story was published by independent Australian journalist Anthony Klan about an alleged report by a group of unnamed “researchers” has been just as widely discussed.

Klan’s news media venture Klaxon published a story about a report claiming that 38 People’s Liberation Army soldiers had perished on the night of the India-China Galwan Valley clash. The story claims that China tried hard to keep the narrative on the death of PLA soldiers under tight control. Wang Zhuoran, among the 38, was the only soldier acknowledged dead by China.

This isn’t the first time Klaxon has cited unnamed sources for making major claims about India-China relations. In 2020, Klaxon cited unnamed “intelligence sources” while claiming in an exclusive report that China and Pakistan had reached a deal to develop an “anthrax-like” pathogen that can be used against India and their Western foes.

Talking about the PLA and Galwan valley clash, the news of Qi Fabao, a Chinese regimental commander, carrying the torch during the relay ceremony at the Beijing Winter Olympic Park also has the world talking. Qi is one of the PLA Xinjiang commanders who were present in Galwan Valley during the June 2020 clash with the Indian Army.

Qi’s presence in the ceremony was quickly criticised not only by India, but also by the United States. In India, the Ministry of External Affairs (MEA) was quick to react to the politicisation of the games. It was announced that India’s top diplomat in Beijing, currently the Chargé d’affaires, Dr Acquino Vimal, will not attend the Winter Olympics events.

Chinese bloggers cited the top reason for selecting Qi Fabao to carry the torch as “patriotism and nationalism.”

The hashtag “The head of frontier heroes Qi Fabao passes the Winter Olympic torch” was viewed over 6.2 million times on the Twitter-like Chinese social media platform Weibo. Qi has also been described on Chinese social media as a “guardian hero”, based on the title of “The hero of defending the country and defending the frontier”, issued by the Central Military Commission in February 2021.

The other military figure, who was also part of the ceremony, is Jing Haipeng, major general of the People’s Liberation Army ground force and an astronaut.

While the war of narrative building between India and China continued, there was another controversy involving the Olympic torch that captured the people’s attention. The selection of Uyghur skier Dinigeer Yilamujiang as the final torchbearer at the opening ceremony came as a surprise to many. Dinigeer’s appearance was compared with Helen Mayer’s half-Jewish fencer appearance at the 1936 Summer Olympics by Rayhan Asat, an Uyghur rights activist. Asat’s brother is among the one million Uyghur Muslims currently imprisoned in Xinjiang.

Although India imposed a diplomatic boycott on the Winter Olympics, Russian President Vladimir Putin did make the highly anticipated visit to Beijing before the games began. Chinese President Xi Jinping and Putin held a bilateral meeting to signal the depth of their strategic partnership.

A lengthy joint statement was issued following the meeting: “The two sides reiterated that they firmly support each other’s core interests, national sovereignty, and territorial integrity, and oppose external interference in the internal affairs of the two countries. The Russian side reiterated that it abides by the one-China principle, recognises that Taiwan is an inalienable part of China’s territory, and opposes any form of ‘Taiwan independence’”.

In the article, Putin wrote: “One of Russia’s strategic objectives is to accelerate Siberia’s social and economic development and the Russian Far East. These territories are in the immediate neighbourhood of China. We also intend to actively develop sub-national cooperation”.