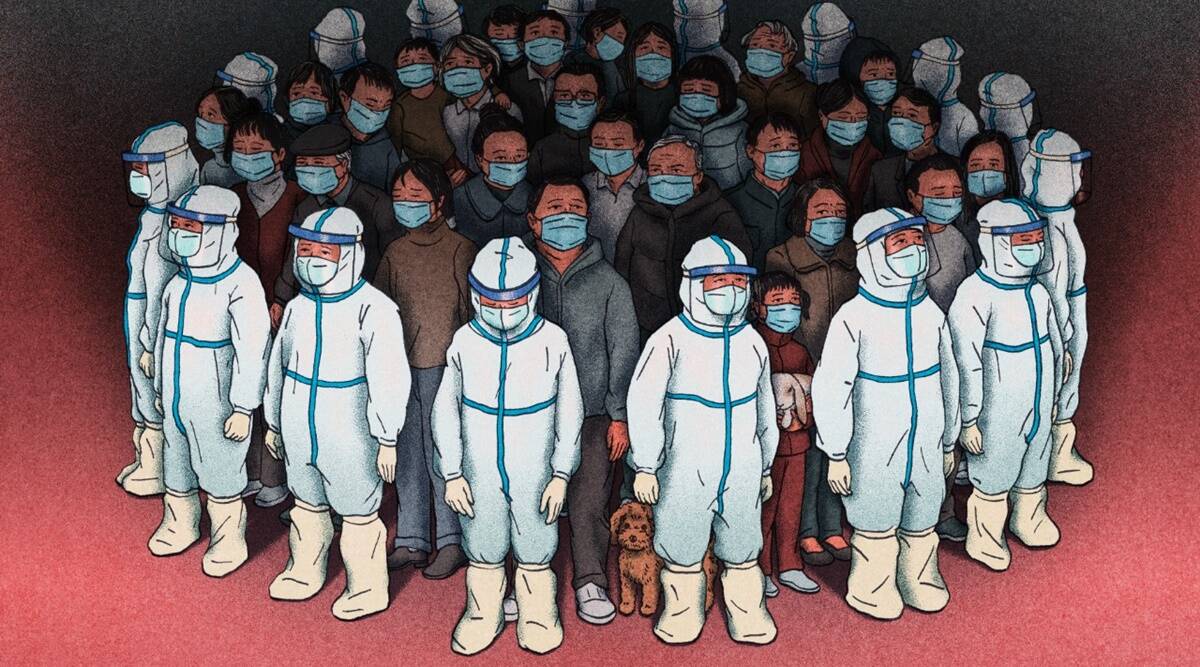 In the spring of 1958, the Chinese government mobilized the entire nation to exterminate sparrows, which Mao declared pests that destroyed crops. All over China, people banged on pots and pans, lit firecrackers and waved flags to prevent the birds from landing so they would fall and die from exhaustion. By one estimation, nearly 2 billion sparrows were killed nationwide within months.

The near extinction of sparrows led to insect infestations, which ruined crops and contributed to the Great Famine that starved tens of millions of Chinese to death in the next three years.

The fear in China now is that the “zero COVID” policy has become another Mao-style political campaign that is based on the will of one person, the country’s top leader, Xi Jinping — and that it could end up hurting everyone.

Just as Mao and his lieutenants ignored the opposition to their anti-sparrow policy from scientists and technocrats, Beijing has ignored experts’ advice that China abandon its costly strategy and learn to coexist with the virus, especially a milder, if more infectious, variant.

Instead, Beijing insists on following the same playbook from 2020 that relies on mass testing, quarantine and lockdowns. The approach has put hundreds of millions of people’s lives on pause, sent tens of thousands to makeshift quarantine camps and deprived many non-COVID patients of medical treatments.

“They’re not countering the pandemic. They’re creating disasters,” Ye Qing, a law scholar who is known by his pen name Xiao Han, wrote in an online article that was swiftly deleted.

Xi is keen to stick to the strategy because he is seeking a third term at an important Communist Party congress later this year. He wants to use China’s success in containing the virus to prove that its top-down governance model is superior to that of liberal democracies.

“This disease has been politicized,” Zhu Weiping, an official in Shanghai’s disease control apparatus, told a person who complained about the city’s response to the ongoing outbreak.

In a recorded phone conversation, the official said she had advised the government to let people with no or mild symptoms quarantine at home and focus on vaccination drives. But no one listened, she said.

“You’re driven crazy by this?” she asked the caller. “Professional institutions like us are going crazy, too.”

The recording was shared widely before it was censored.

As the omicron variant spreads, about 373 million people in 45 Chinese cities are under either full or partial lockdowns as of Monday, according to estimates by economists at the investment bank Nomura. These cities account for 26% of China’s population and 40% of its economic output, they wrote; they warned that the risk of recession was rising as local governments competed to ratchet up virus-containment measures.

Beijing is now urging local governments to strike a balance between pandemic control and economic production. But everyone in the bureaucratic system knows where the priority lies.

In the city of Jixi in China’s northernmost province of Heilongjiang, 18 officials, including township leaders, law enforcement chiefs as well as directors of a hospital and a funeral home, were disciplined or reprimanded recently for neglecting their duties and responsibilities in pandemic control. Some cadres “weren’t stressed out enough,” said the announcement.

In Shanghai, China’s largest and most affluent city, at least eight midlevel officials were removed or suspended from their positions after the city’s poorly executed lockdowns caused chaos, tragedies and severe food shortages.

After the city locked down its 25 million residents and grounded most delivery services in early April, many people encountered problems sourcing food, regardless of their socioeconomic status. Some set multiple alarms for the different restocking times of grocery delivery apps that start as early as 6 a.m.

In the past few days, a hot topic in WeChat groups has been whether sprouted potatoes were safe to eat, a few Shanghai residents told me. Neighbors resorted to a barter system to exchange, say, a cabbage for a bottle of soy sauce. Coca-Cola is hard currency.

After nearly two weeks under lockdown, Dai Xin, a restaurant owner, is running out of food to provide for her household of four. Now she slices ginger paper thin, pickles vegetables so they won’t spoil and eats two meals a day instead of three.

Even the moneyed class is facing food supply shortages. The head of a big retailer told me last week that she got many requests from Shanghai-based chief executives. But there was little she could do under lockdown rules, the executive said, who spoke on the condition of anonymity given the political sensitivities.

Wang Lixiong, the author of the apocalyptic novel “China Tidal Wave,” which ended with a great famine in the aftermath of a nuclear winter, believes that a man-made crisis like the one in Shanghai is inevitable under China’s authoritarian system. In recent years, he said in an interview, the risk increased after Beijing clamped down on nearly every aspect of civil society.

After moving into a friend’s vacant apartment in Shanghai last winter, he stocked up on rice, noodles, canned food and whiskey to sustain him for a few months in case of a crisis.

But many residents in the luxury apartment complex, with units valued at more than $3 million, weren’t as prepared when the lockdown started. He saw his neighbors, who dashed around in designer suits a month ago, venture into the complex’s lush garden to dig up bamboo shoots for a meal.

The worst nightmare for many Shanghai residents is testing positive and being sent to centralized quarantine facilities. The conditions of some facilities are so appalling that they’re called “refugee camps” and “concentration camps” on social media.

Many people shared packing lists and tips for quarantine. Take earplugs and eye masks because it’s usually a giant place like the convention center and the lights are on day and night; pack lots of disposable underwear because there’s no shower facility; and bring large amounts of toilet paper. Some quarantine camps were so poorly prepared that people had to fight for food, water and bedding.

The many despairing posts about Shanghai sent residents in other parts of China into a hoarding craze last weekend. In Beijing, supermarkets were packed, and some grocery apps ran out stock.

A growing number of people are questioning whether the draconian and costly strategy is necessary. On Tuesday, the Shanghai health authority reported more than 200,000 infection cases since March 1, with nine in serious condition and no deaths. Officials haven’t addressed reports of mass infections and deaths at elder-care hospitals.

Even some supporters of the “zero COVID” policy have voiced their doubts. When Shanghai carried out citywide COVID tests April 4, Lang Xianping, an economist, said on his verified Weibo account that it demonstrated “the power of China.” On Monday, he said that his mother had passed away after COVID restrictions delayed treatment for her kidney condition.

“I hope tragedies like this won’t happen again,” he wrote.

The policy still enjoys strong public support. Many people on social media said that Shanghai wasn’t strict enough in its lockdowns and quarantines. A venture capitalist posted on WeChat that he would not invest in startup founders who didn’t back the policy.

This is not surprising. With limited access to information and no tools to hold the authority accountable, the vast majority of Chinese generally support whatever the government decides.