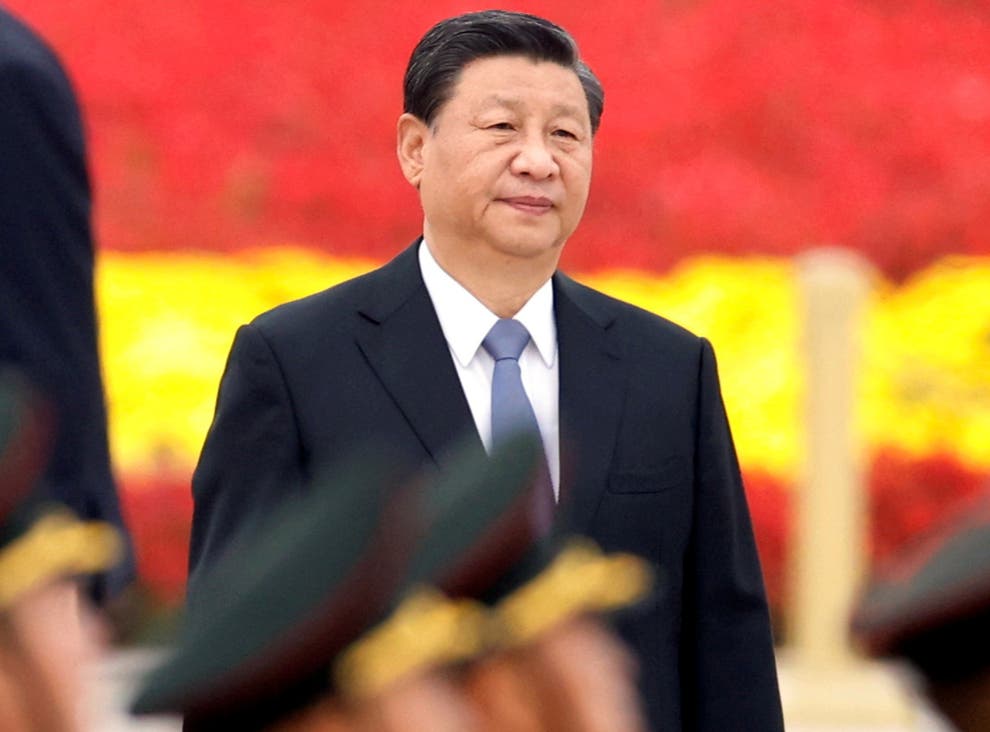 A stash of newly leaked documents purportedly links China’s top Communist leadership with the reeducation and relocation of the Uyghur population and other minorities in the Xinjiang province, according to reports.

The papers revealed how the Beijing administration cracked down on the community in line with speeches made by President Xi Jinping. Titled “Xinjiang papers,” the documents say that a set of digital files was leaked to the London’s Uyghur Tribunal in September this year.

The documents were first reported in 2019 by The New York Times, but the fresh cache carries new information.

Covered in 51 pages, the documents show how China’s administration planned security, control of population explosion and punishment of the Uyghur population and includes three speeches by Mr Xi.

The document states that nearly all the information is classified as confidential and contains highly sensitive and pertinent material on Beijing’s policy in Xinjiang.

They show how the top rank of Chinese Communist party (CCP) leadership sought re-education and relocation of the Uyghur population in an attempt to correct the imbalance in the Uyghur and Han population in the Chinese province.

Nearly three million rural labourers running in surplus were transferred into full-time employment in a bid to stop Uyghurs from “having nothing to do” and then being “easily exploited by evildoers,” according to the document.

The document says that the Chinese president had indicated that unemployed people are liable to start trouble and with employment, companies can give way to ethnic mixing and let workers “resist religious extremism”.

Mr Xi is also reported to have pushed for Xinjiang Construction and Production Corps’s role  in optimising population resources and then be a staging area for the same in the Uyghur heartlands. The goal of doing this has been given a deadline of 2030, another 21 leaked classified central government document show, according to the papers.

German academic Adrian Zenz, who authenticated the documents, said they showed the Chinese leadership’s intent in the long run to commit cultural genocide and safeguard the rule of the CCP,”The Guardian reported.

One of the speeches cited in the documents showed how the Chinese president batted for “population proportion and population security” as “important foundations for long-term peace and stability”. This was subsequently quoted verbatim by an official in Xinjian who said that the Han population share in the region was “too low”.

The documents also showed how Mr Xi called religious extremism a “powerful psychedelic drug” in a warning and called for reforms through education, pitting it against the practice of arresting and releasing the people. This is a likely reference to re-education and detention camps.

“Religious extremism is a powerful psychedelic drug. Under its toxic influence, some people are obsessed with ‘martyrdom,’” the document stated.