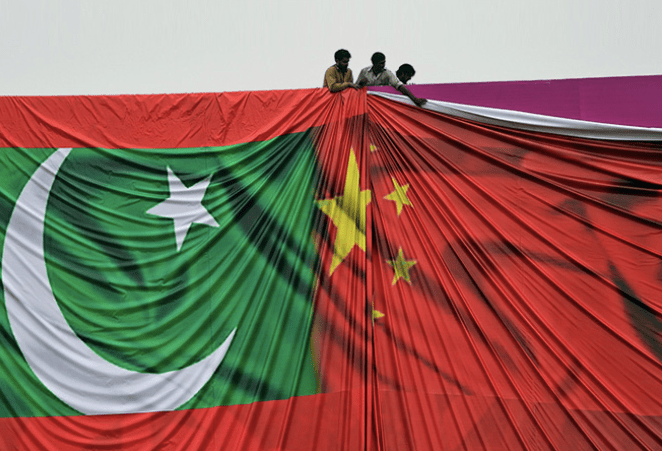 PESHAWAR – Pakistan is the latest nation struggling to repay Chinese loans extended under the Belt and Road Initiative, with indications emerging that Islamabad will soon seek to reschedule as much as $22 billion in outstanding power sector credits.

In recent years Chinese loans have fueled a massive buildout of Pakistan’s power generation, financing that has turned a perennial electricity shortfall into a now-massive capacity surplus that the highly indebted nation can increasingly ill-afford.

The wind, coal, solar and thermal power plant loans have consumed almost half of the outlays of the Beijing-backed US$60 billion China-Pakistan Economic Corridor (CPEC) scheme, which seeks to improve the latter’s infrastructure and facilitate more bilateral trade, among other geostrategic objectives.

The two sides are now engaged in top-level talks on power-sector debt payment rescheduling, according to a well-placed source familiar with the situation who spoke with Asia Times.

In those debt-rescheduling talks, Pakistani officials are also reportedly asking their Chinese counterparts to decelerate agreed plans to build even more power plants that would add to the overcapacity problem.

“Yes, we have accelerated efforts to get some sort of relaxation from Beijing either in the power purchase mechanism or on the mode of payment of capacity cost,” a high-level government source involved in CPEC policy-making told Asia Times, requesting anonymity.

The source said that a high-level delegation led by Pakistani President Arif Alvi visited Beijing last March to discuss the possibility of a 2.5% cut in the present interest rate on power sector-related loans at Libor plus 4.5%.

“[Alvi] also discussed with his Chinese counterpart a 10-year extension in the debt repayment period. These two rebates, if approved, would save [Pakistan] about $600 million annually,” the same CPEC policymaking source said.

The source said that Chinese state-owned banks and other financial institutions were presently evaluating Islambad’s debt reduction proposals and that a response was anticipated before the end of March.

The Chinese side has so far not budged on a possible debt reduction deal, with the CPEC official saying the relevant Chinese authorities have not communicated with him on the issue in the last ten months.

The Pakistani government has recently reapproached Chinese officials on the issue but no information has leaked out in the public domain on their exchanges.

Dr Farrukh Saleem, an Islamabad-based political economist, analyst and columnist, told Asia Times that the Chinese do not discuss such issues in the public domain and prefer to decide such sensitive matters behind the scenes.

“This may be a reason why they swept Islamabad’s proposal under the carpet,” Saleem opined.

Last year, President Alvi, Foreign Minister Shah Mehmood Qureshi and Minister for Planning Asad Umar visited Beijing during the early phases of the Covid-19 pandemic to convey that their country was facing difficulties in meeting its CPEC-related debt obligations.

The delegation, which met with high-ranking Chinese counterparts, underscored Pakistan’s financial constraints in upholding the terms of its power plant loans, the single, biggest component of the BRI in Pakistan.

In those discussions, the Pakistani delegation noted that the previous government entered into guaranteed power purchase agreements with Chinese companies on what is now perceived as onerous terms, including fixed and high power purchase rates.

This year, the Pakistani government is obliged to make 600 billion rupees ($3.75 billion) worth of capacity payments to Chinese-financed power producers, which means the state pays for full-capacity output even if it does not actually take the power.

Chinese investment has recently fueled the development of over a dozen power plants in Pakistan, a new modern capacity that has provided an additional 12,000 MW of electricity under the CPEC’s umbrella. Those plants have helped to resolve the country’s long-time energy shortage crisis.

But those investments are now widely viewed as too much of a good thing, however, with the nation now stuck with a massive idle capacity problem and more power plants with guaranteed power purchase agreements scheduled to come online in the years ahead.

Moreover, Pakistan’s transmission and distribution capacity is not sufficient to keep pace with the bulk of power supply and currently stalls out at approximately 22,000 MW. That, reports say, has leftover 15,000 MW of power unused in the summer and 22,000 MW in the winter.

As such, the government is paying billions of dollars annually to independent power producers based on their installed capacity rather than on how much power is actually consumed.

“There are three main grounds of all this mess created in the energy sector,” said Saleem.

“First, the power purchase agreements made with Beijing provide for a highly overrated power supply, which eats up roughly $1.6 billion annually. Another $1.8 billion goes into power pilferage and line losses, and yet another $9 million is consumed in recovery losses of power dues from consumers,” he said, citing official statistics on power sector losses incurred by the state.

Saleem said that the recent Covid-influenced downturn in gross domestic product growth from 5.8% in 2018 to -0.4% in 2020, the first time Pakistan’s economy dipped into negative growth in over seven decades, has curtailed electricity demand across the country.

“This rendered thousands of megawatt electricity surplus, on which the government pays capacity charges in line with the agreements,” Saleem added.

Experts say that if the current overcapacity problem and debt repayment terms persist, the government’s overall power sector liability may balloon beyond 1.5 trillion rupees ($9.4 billion) by the end of 2023.

At the same time, despite the massive excess capacity, the cost of electricity is fast-rising for Pakistanis. Power tariffs have been revised up 22 separate times since 2019, with rates already raised twice this year by the National Electric Power Regulatory Authority (NEPRA).

Rather than supply and demand, Pakistan’s electricity rates are now being determined by the state’s need to pay IPPs for their excess capacity as contractually agreed in their loan agreements.

Power sector-related debts climbed to 2.1 trillion rupees ($13.4 billion) from 2015 to 2020, a period over which CPEC-related IPPs start churning out power well-beyond the country’s total demand.

Official estimates indicate that Pakistan’s energy-related debts will rise to 2.8 trillion ($17.5 billion) rupees by the end of June under current Belt and Road terms and conditions. The figures show that power sector liabilities surged by 538 billion rupees ($3.4 billion) in just one year from July 2019 to June 2020.

Those debt obligations are exerting growing pressure on Pakistan’s national debt profile. During the first half of the 2020-21 fiscal year, Pakistan paid over $7 billion in external debt servicing, a figure that equates to nearly half of the foreign exchange reserves held at the State Bank of Pakistan (SBP).

Official figures indicate that Pakistan’s total debt servicing liability could surpass $14 billion by the end of the year, at a time foreign exchange reserves are hovering around $13 billion.

That’s leading some analysts to the conclusion that China’s Belt and Road lending to Pakistan is becoming a “debt trap”, as total external debts and liabilities hit $115.76 billion at the end of 2020 and more owed in 2021 for what are now seen as unproductive Chinese power sector investments.