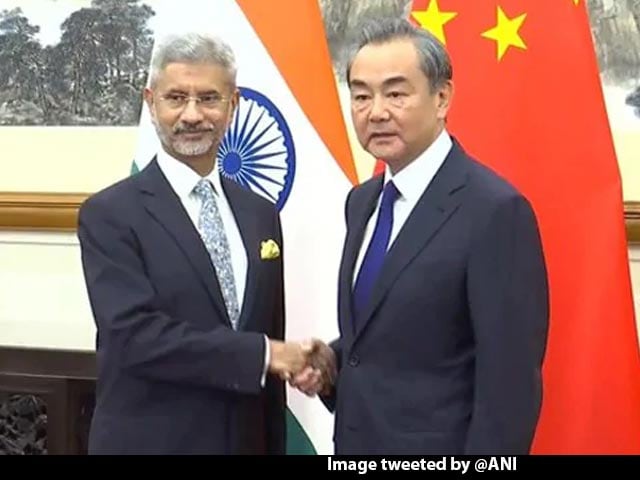 China’s Foreign Minister Wang Yi is expected to arrive in Delhi today. According to reports, he will meet Foreign Minister S Jaishankar and National Security Advisor Ajit Doval tomorrow. This will be the first high-level Chinese visit to India in over two years. The Delhi visit is part of Mr Yi’s South Asia tour.

The Chinese Minister’s visit comes just a day after India rejected the “uncalled reference” to Kashmir during his speech at a function in Pakistan. “Matters related to the Union Territory of Jammu and Kashmir are entirely the internal affairs of India. Other countries including China have no locus standi to comment. They should note that India refrains from public judgement of their internal issues,” ministry spokesperson Arindam Bagchi told reporters yesterday in response to queries on the Chinese Foreign Minister’s speech.

Minister Wang Yi had made a reference to Kashmir in his opening speech at the Organisation of Islamic Cooperation in Pakistan. “On Kashmir, we have heard again today the calls of many of our Islamic friends. And China shares the same hope,” he had said.

Mr Wang reached Afghanistan this morning and held talks with Islamic Emirate leaders, a top Taliban government official said. He arrived in Kabul from Islamabad where he attended a two-day meeting of the Organisation of Islamic Cooperation (OIC).

Ties between New Delhi and Beijing have been cold since the spring of 2020 when the incursion by PLA soldiers at various points in Ladakh also led to an unprecedented confrontation in the Galwan Valley leading to the deaths of 20 Indian and several Chinese soldiers.

The militaries of both countries have held several rounds of talks with little success so far.