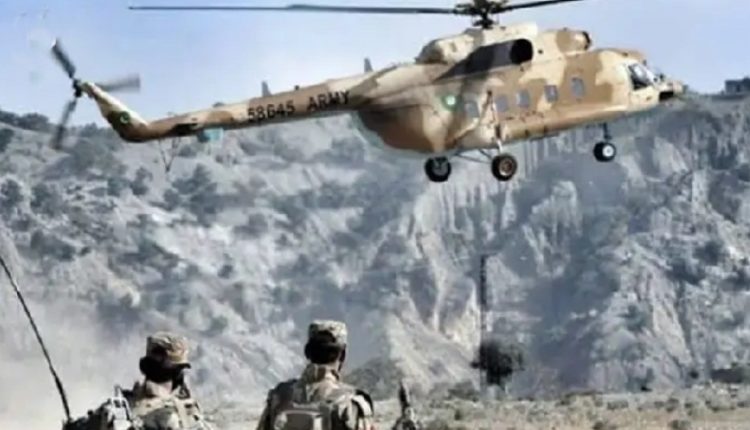 Contrary to the Pakistani military’s narration, Baloch Raaji Aajoi Sangar (BRAS) – an umbrella organisation of Baloch armed groups, claimed the responsibility for targeting and downing the military helicopter in the mountainous areas of Windar and Noorani in Balochistan.

Earlier on Tuesday, the wreckage of military helicopter that went missing on Monday night carrying senior military officers was found, and the Pakistan military media wing confirmed the death of at least six officers and crew members in the accident, which it claimed had occured due to bad weather.

Freedom fighters of BRAS targeted a low-flying helicopter of Pakistan military. The targeted helicopter crashed near Moosa Goth in Dareji,” spokesperson of BRAS Baloch Khan claimed in a statement.

The claim comes at a time when Pakistan’s Inter-Services Public Relations (ISPR), the media wing of Pakistan armed forces stated that the Mi-17 helicopter of the Army Aviation crashed while supervising the flood relief operations in Balochistan.

“As per initial investigation, the accident occurred due to bad weather,” the ISPR added.

However, BRAS spokesperson claims that the helicopter was targeted by its fighters, adding that Lieutenant General Sarfaraz Ali, who had remained Director General of Military Intelligence and Inspector General of Frontier Corps South of Balochistan, was directly involved in enforced disappearances and the Baloch genocide.

“Baloch Raaji Aajoi Sangar (BRAS) will continue to carry lethal attacks against the enemy (Pakistan army) until the full withdrawal of the enemy forces and the liberation of Baloch motherland,” the BRAS statement asserted.

It is pertinent to mention that BRAS aka Baloch Nation Liberation Coalition is the umbrella organisation of at least four ethnic separatist groups in Balochistan and the Sindh province of Pakistan.

One of the focus of BRAS and SRA alliance was to target Chinese presence and interests in Balochistan and the Sindh province.