Conviction Of Terrorists In Pakistan 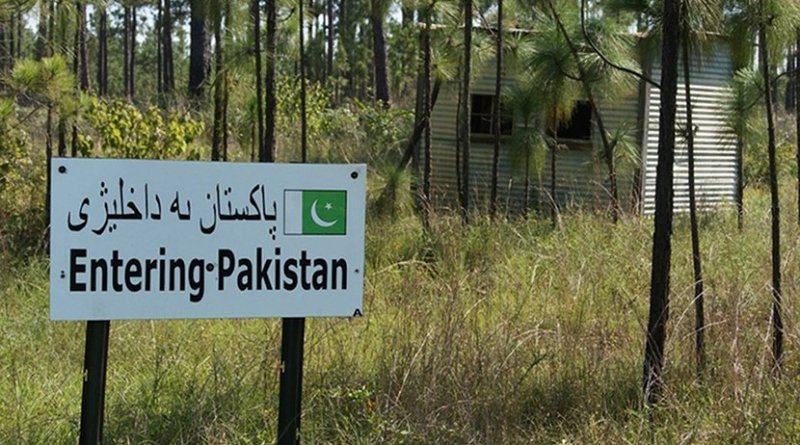 The fact that justice would ultimately elude US journalist Daniel Pearl who had been abducted and murdered in 2002 had become evident much before Pakistan Supreme Court’s acquittal of prime accused Ahmed Omar Saeed Sheikh. The very fact that such a ‘high profile’ case concerning a foreign national languished in courts for nearly two decades was a clear signal of the shape of things to come. Whereas miscarriage of justice in this case is appalling, the international community’s apathy towards Pakistan’s brazen support to terrorists is both disquieting as well as offending since its stoic silence on this issue tantamount to endorsement of terrorism.

By clarifying that “in this case, regarding each and every piece of evidence, the doubts are emerging from the mouth of the witnesses,” the judges have rightly given Sheikh “benefit of doubt” as the evidence furnished during the trial against him was fraught with “factual and legal defects.” This acquittal marks the end of Pakistan’s 19-year-old elaborate sham of running with hares and hunting with hounds as is evident from the chain of related events:

Since Islamabad meticulously follows a three-phased ‘blow hot-blow cold’ strategy in dealing with terrorism cases the way things unfolded in this case aren’t very different from those in other terror related incidents. In the first stage, Islamabad assuages international criticism by quickly rounding-up suspects after each terrorist act- for example, it arrested seven conspirators after the 2008 Mumbai attacks and rounded up 44 suspects after the 2019 Pulwama attack. In the next stage, these suspects are produced before courts only to be acquitted due to lack of evidence. In stage three, the government reaffirms its ‘determination’ to book the culprits by moving higher courts, but the culprits once again manage get away as the prosecution invariably fails to present a watertight case against them. One is reminded of noted Pakistani political scientist and commentator Ms Ayesha Siddiqa’s seminal observation that “Historically, cases against certain terror suspects are deliberately kept weak to provide them relief later on. It is not necessarily the court’s fault but that of the prosecution.”

While the world is rightly concerned about the humungous loss of human lives caused by acts of terrorism being orchestrated by terrorist groups operating from Pakistani soil, it’s an unrepentant Islamabad that’s having the last laugh. Washington may have expressed “outrage” and White House Press Secretary Jen Psaki sermonised on how “This decision to exonerate and release Sheikh and the other suspects is an affront to terrorism victims everywhere, including in Pakistan.” However, it’s Washington’s failure to bring the likes of Lashkar e Taiba [LeT] founder and 2008 Mumbai attack mastermind Hafiz Saeed [on whom it has placed a USD 10 million bounty] to book that has emboldened Islamabad into manipulating Sheikh’s prosecution in such a feeble way as to ensure his honourable acquittal!

However, there’s a much larger issue which the international community is unfortunately choosing to ignore at its own peril. It mustn’t be forgotten that before Pearl’s abduction, Sheikh had been jailed in India for having kidnapped foreign terrorists in order to secure release of jailed terrorists and he was one amongst the three terrorists released in exchange of a hijacked Air India aircraft. So, by providing him safe sanctuary on its soil, Pakistan has openly abetted terrorism by taking no cognisance of Sheikh’s involvement in kidnappings and a plane hijack that facilitated his release. Shouldn’t Islamabad’s willingness in providing a safe haven to a fugitive jailed for terrorism related offences and who gains freedom through another terrorist act of hijacking become cause of grave concern for the international community?

The argument that since Sheikh hadn’t committed any illegal act in Pakistan prior to Pearl’s abduction and as there was no extradition treaty between India and Pakistan, his presence in Pakistan was ‘legal’ may be technically sound. But for a country that claims to be a ‘victim of terrorism’ to offer such a puerile justification displays irresponsible behaviour and exposes Islamabd’s duplicity as far as its much hyped ‘war on terror’ is concerned. However, what else can one expect from a country whose former President and ex-army chief Gen Pervez Musharraf unabashedly goes about proclaiming as to how “One man’s terrorist is another man’s freedom fighter” and proudly boasting that Pakistan army had created “armed groups” to fight in Afghanistan and Kashmir!

Tailpiece: As long as world leaders and countries share Gen Musharraf’s skewed mindset that classifies terrorist as being both ‘good’ and ‘bad’, the global war against terror shall remain inconclusive. Therefore, there’s a dire need for the international community to be much more assertive on this issue and ruthlessly ostracise [and if necessary, even discipline] countries that create false narratives in order to justify, eulogise or support terrorism for their self-serving interests.