Crime against women in Pakistan: Horrific violence against 257 women in Sindh  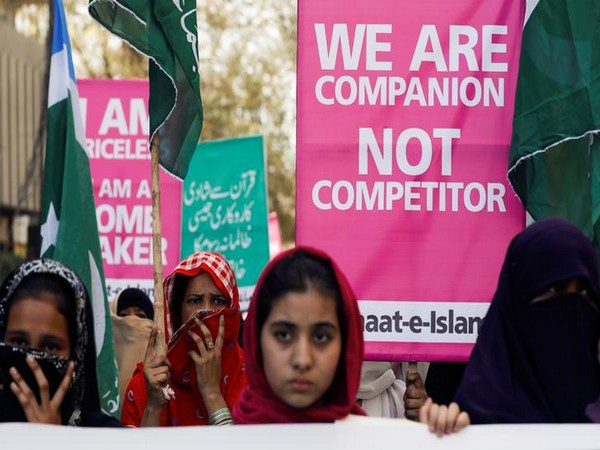 The typical Pakistani woman’s life is defined by her economic, cultural, social, and political subordination from birth. In Pakistan, there is a sizable gap in the status of men and women.

The disparities remain unchanged because of a lack of political will and the absence of meaningful or effective affirmative action.

There are many different types of violence against women in Pakistan. Domestic abuse can take the form of physical, mental, or emotional abuse and is fairly common.

Rape continues to be the most prevalent form of violence against women, but due to the stigma surrounding the victim, only a small percentage of cases are reported or pursued in court.

According to recent data gathered from various NGOs, 257 women in Sindh over the last three months were victims of various types of violent acts, including physical assault, rape, kidnapping, domestic violence, and honour killings, revealing the appalling state of women’s rights in Pakistan.

The miserable condition of women in Sindh is being exposed by various NGOs working for women’s rights. According to the data, 257 women were victims of violent crimes in Sindh that were reported to local police stations.

According to Pakistan’s local media outlet, Daily Times, out of these 257 cases, 70 women were physically assaulted, 46 were raped, 29 were kidnapped, 38 experienced domestic violence, 29 were kidnapped, 41 were killed, and four women lost their lives in honour killings (also known as Karo-Kari) across Sindh during the past three months.

Even though there are many laws in Pakistan, all of this is still happening. In Sindh, the government has completely failed to protect and defend the rights of women.

The Sindh Child Marriage Restraint Act 2013, the Domestic Violence (Prevention and Protection Act), the Protection Against Harassment of Women at Workplace Act 2010, the Criminal Procedure Code (and PPC) (Third Amendment) Act 2011, and the Anti-Women Practices (Criminal Law Amendment) Act, 2008 are among the laws.

Assaults on women committed in the name of honour continue to be a sign of Pakistani society’s narrow-minded attitude toward women. Even women of Pakistani descent who are living abroad face discrimination.

According to a study by the Sustainable Social Development Organisation (SSDO) and the Centre for Research, Development, and Communication, Pakistan had the highest number of cases of rape, violence against women, and kidnapping of women in May of this year (CRDC).

According to the report’s data, Punjab province reported the most instances of women and children being abused, followed by Sindh and Khyber Pakhtunkhwa.