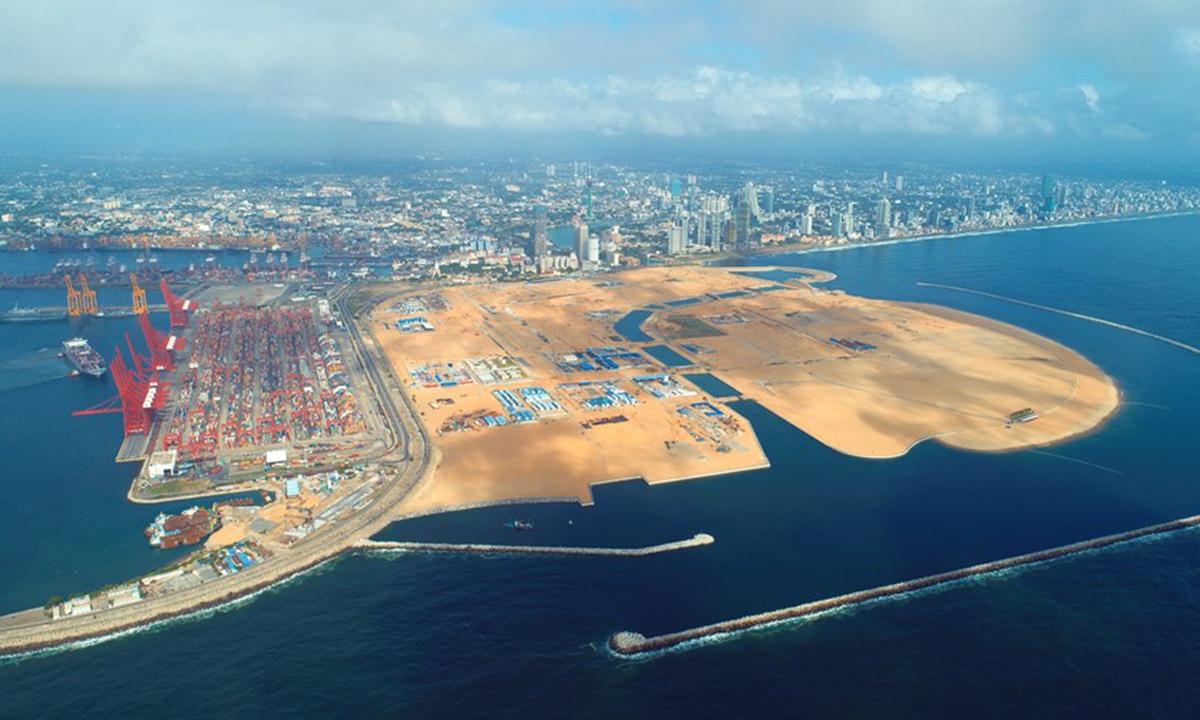 Sri Lanka is struggling to cope with a debilitating economic crisis with inflation soaring, food and fuel shortages and fears of a sovereign default looming on the horizon.

But unmindful of the crisis, in a not-so-quiet sea-front corner of capital Colombo, construction is afoot to pursue an ambitious dream of the Rajapaksa government: The tiny Indian Ocean island nation is building the Port City of Colombo (PCC), hoping to make it a financial hub like Dubai and Singapore.

The belief is that the project will transform Sri Lanka’s tourism-and-tea economy into a thriving, multi-services one. And it is an expensive dream, especially so for a country in the grip of unprecedented economic turmoil.

The project is estimated to cost $14 billion, largely funded by potential investors who will buy into the idea of the financial hub and set up shop there. For starters though, China has invested $1.4 billion to help PCC reclaim 269 hectares of land on the Indian Ocean. In exchange, China has got about 116 hectares of the land there on a 99-year lease.

That still doesn’t explain the extent of the government’s belief in the project.

Even as China’s shadow looms large over the project, the Sri Lankan government is keen to see northern neighbour India investing in the city in a substantial way. This is despite awareness within the Rajapaksa government of the current border tensions between India and China.

On its part, India is apprehensive of the project. New Delhi believes the city is part of President Xi’s BRI, and has thus chosen not to make any public statement on the project expressing its “discontent and displeasure”, a top-level source told ThePrint on the condition of anonymity.

Port City Colombo is expected to be fully operational in the next 25 years, though Phase 1 of the mega project will be completed by 2027, according to the Sri Lankan authorities.

Speaking about India’s apprehensions, a source said New Delhi has already suffered a “setback” when it was suddenly pushed out — along with Japan — of a $500 million deal to develop the strategically-located East Container Terminal (ECT) in February 2021 due to the Rajapaksa government’s decision to scrap the project.

Instead, Colombo signed a deal with the Adani Group to develop the West Container Terminal (WCT). According to the agreement, the WCT is to be operated over a period of 35 years as a public-private partnership.

On this issue, Wickramasuriya said: “The result is not that the Chinese got the terminal, the result is that SL Ports Development Authority is developing the terminal from where others were booted out of. That should draw the line to who actually wanted it… The Port Authority Unions wanted to develop the terminal (ECT) as their own asset and that was really what was behind the political pressure.”

According to Wickramasuriya, the US and German Embassies in Colombo have already approached the commission to enquire about the port city project.

However, New Delhi believes Indian investors will look for “predictability and stability” and may not invest in the project as desired. “For the idea (of PCC) to become a reality, Sri Lanka will need investments from India and without that it will be difficult for them to market it in a big way,” a second source said.

India also sees the project as a “serious threat” to its maritime security with growing Chinese presence in the Indian Ocean, the source highlighted.

Its concern over the Colombo Port project stems from what had happened at Hambantota Port. Sri Lanka had taken massive loans from China, which it could not repay, leading to Beijing taking control over the port under a 99-year lease for debt relief in 2018.