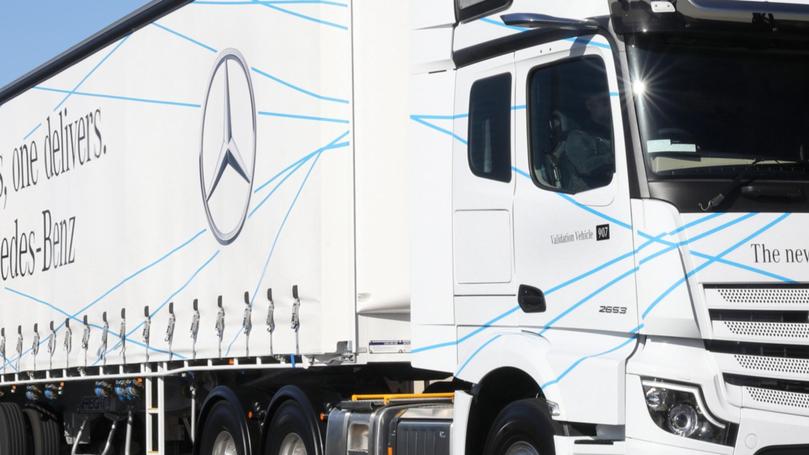 The head of Australia’s peak trucking association has taken aim at China for leaving truckies “swinging” as the industry anxiously awaits government intervention.

Australia’s trucking industry is at risk of being ground to a halt if it cannot source enough urea. The anti-pollution additive, in the form of a diesel exhaust fluid called AdBlue, is required to make diesel vehicles run.

Urea, a naturally occurring chemical component, is also a key component in fertiliser.

While the trucking industry is confident it has enough to last through Christmas, if more urea cannot be sourced by early February there is a major risk that the supply chain will be adversely affected and consumer prices impacted.

Until earlier this year, about 80 per cent of Australia’s urea had been imported from China.

Without enough urea to produce AdBlue, Australian trucks will not be able to commercially operate.

They wanted to retain their urea themselves to hold the price of urea in China … to make it cheaper for their farmers,” Mr Smith told RN Breakfast.

“(But they) left Australia swinging, basically.”

As a result, the price of urea has gone up more than 400 per cent since January, and the price of AdBlue has more than doubled in the last two months.

Trade Minister Dan Tehan said on Monday that China’s ban on urea exports had shown that Australia needed to “firm up supply chains ourselves”.

“What it clearly shows is that the pandemic has demonstrated that some supply chains are fragile,” he said.

Queensland cattle farmer Matt Ferguson-Tait took to TikTok earlier this week to plead for help and explain the damage that would happen without urea.

“It’s more terrifying than any Covid headline, I can tell you.”