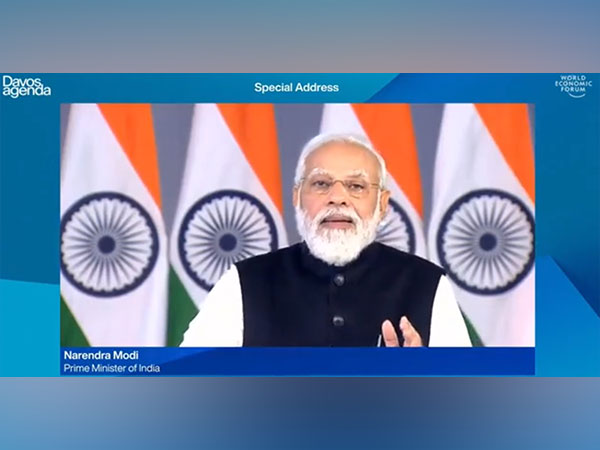 India has given the world a bouquet of democracy and multiculturalism, Prime Minister Narendra Modi said in his Special Address to the World Economic Forum’s Davos Agenda on Monday. In the virtual address, PM Modi zeroed on to the consumerist tendency of “use and dispose” and argued for changing this trend by launching a global peoples movement.

“We must accept that our lifestyles too are a big challenge for the climate. The throw away culture and consumerism have made climate challenge even more serious. It is very essential that we move from today’s take, make, use and dispose economy and move towards a circular economy,” said PM Modi referring to the principles of Mission Life that he had presented at the COP26 summit in Glasgow last year. Mr. Modi urged that ‘Lifestyle for Environment’ is useful for fighting climate challenges and said the world should launch a peoples movement with “3 Ps” — “Pro Planet People”.

He also spoke about the values that the Indian democracy has brought to the world which is fighting a pandemic for more than two years.

“India has gifted a beautiful bouquet to the world. This bouquet contains the unbreakable trust of the Indians in democracy. This also contains the temperament and talent of Indians. The multilingual and multicultural environment of India is a great strength of the world. This strength teaches India to work for the world whenever it’s facing a crisis,” the Prime Minister said in his virtual speech.Mr Modi pitched India as a country that is supporting the world to deal with the pandemic. He said, the doctors and health professionals of India are winning the confidence of the world with their professional excellence.

“Today, India is the third largest pharma producer in the world. In COVID times, we have seen how India following the vision of ‘One Earth, One Health’ is saving crores of lives by giving essential medicines and vaccines to many countries,” he said, adding that India has utilised the period of the pandemic for introducing “reforms”. He said India’s actions have placed a major example before the world.

Mr Modi said, India is trying to conclude Free Trade Agreements with many countries in the world and claimed that the spirit of entrepreneurship is at a high among the youth.

“This is the best time to invest in India as big reforms are happening in IT and BPO sectors,” Mr Modi said, adding that more than 50 lakh software developers are working in the country and 10,000 startups have registered in the last six months.

“The digital infrastructure that India developed and adopted in the last few years has turned out to be a major strength for India. The Arogya Setu app used for the tracking of corona infection and the Co-Win portal which is used for vaccination are technological solutions that India is proud of. Bigger countries have taken note of these developments,” the Prime Minister said.

India, he said is committed to reducing interference by the government in business and new areas are emerging for investment. “India has deregulated several sectors like drones, space, geospatial mapping. India has carried out big reforms in the outdated telecom sector,” Mr. Modi said.

Mr Modi claimed that India had about 100 registered startups in 2014 but their numbers have been boosted with the participation of the young entrepreneurs and added, “Today there are more than 60,000 startups in India.”