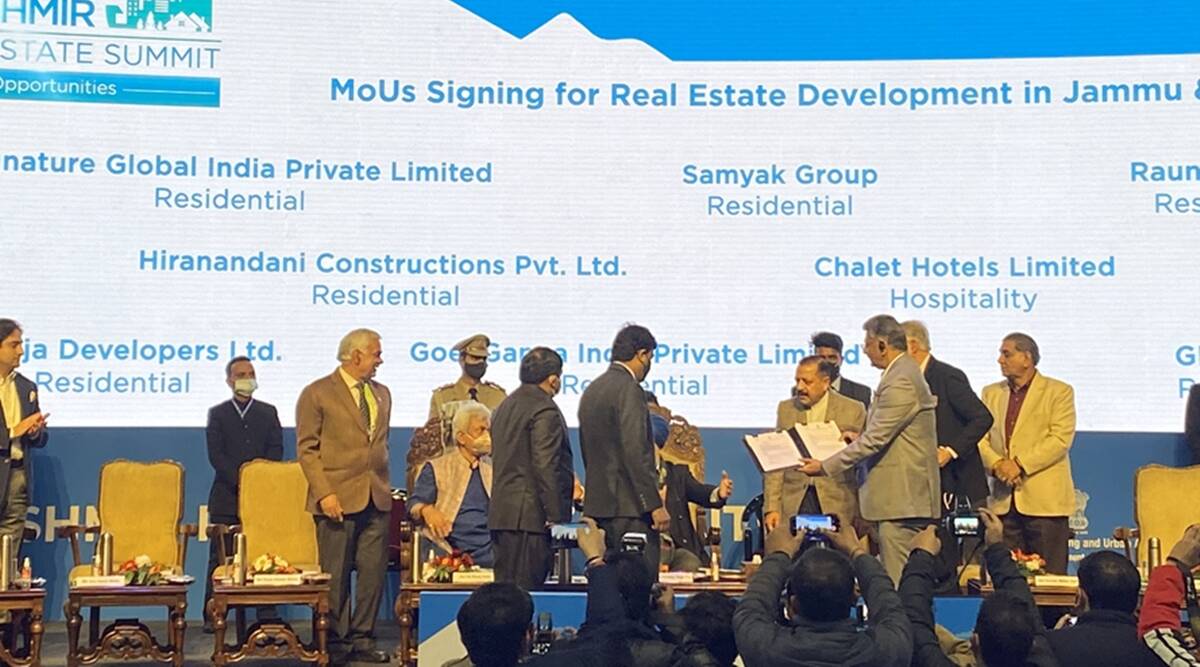 While the Jammu and Kashmir administration has termed the signing of real estate MoUs worth Rs 18,900 crore a “historical transformation”, political parties across the mainstream-separatist spectrum in the Kashmir Valley are viewing it as an attempt to alter the region’s demographic identity.

The separatist Hurriyat Conference has called the summit a step towards “demographic change”. The Peoples Democratic Party (PDP) said it was “brazen loot”. The National Conference, meanwhile, said Jammu and Kashmir is being “put up for sale”.

The 39 MoUs were signed Monday at the Jammu and Kashmir Real Estate Summit 2021, the first of its kind in the region. Nineteen of these MoUs were related to the residential sector, eight were for commercial projects and four were for hospitality. There were three MoUs for infrastructure, two for finance and three for the film and entertainment sector.

The Jammu and Kashmir administration termed it a “historical transformation” and encouraged people from different parts of the country to buy land or second homes in the Union Territory.

PDP spokesperson Suhail Bukahri said: “What happened on August 5, 2019 was not the end in itself. In fact, that was beginning of a process to disempower and disenfranchise the people of Muslim majority state. Their (BJP and RSS) eyes are set on the land of Jammu and Kashmir, on our resources, on our minerals. These orders that come one after the other are an attempt towards completion of their agenda.”

“J&Ks special status was illegally revoked to dehumanise, dispossess & disempower the only Muslim majority state in India. GOIs brazen loot and sale of our resources shows that the sole motive is to annihilate our identity and change the demography,” Mufti tweeted.