Debt-ridden Pakistan To Get $3bn From Saudi Arabia; In Central Bank’s Deposit For 1 Year 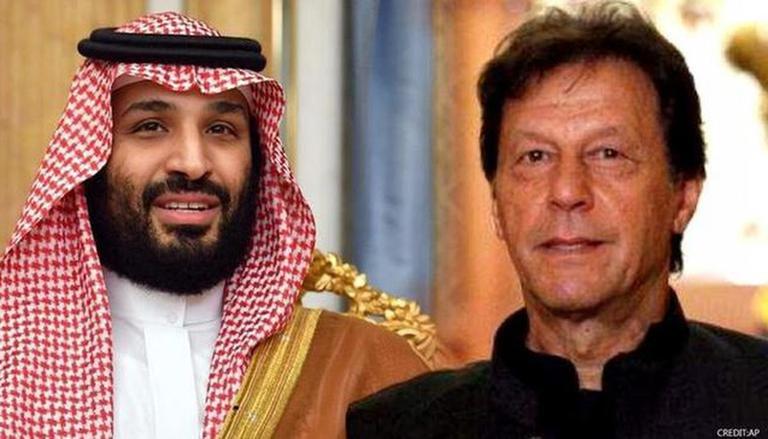 Cash-strapped Pakistan breathed a sigh of relief on Saturday after the Imran Khan-led cabinet approved an agreement that would pave the way for a USD 3 billion loan from Saudi Arabia. The Saudi government had previously promised to maintain a reserve of USD 3 billion at the State Bank of Pakistan (SBP), Geo Newsreported. With the federal Cabinet approving the agreement, the aid will be sent by Saudi in the coming days and remain in the SBP’s deposit account for a year.
“The SBP has finalised all arrangements and now everything is in place and the amount of the agreed deposit will be received within the next couple of days,” official sources told The News.
Saudi Arabia’s USD 3 billion loan is not all. According to Muzammil Aslam, Spokesperson for Adviser to the Prime Minister on Finance, Pakistan is expecting USD 7 billion over the next 60 days. These include USD 3 billion in deposits from Saudi Arabia, a USD 1.2 billion Saudi Oil Facility with deferred payments, a USD 800 million Islamic Development Bank oil facility, USD 1 billion raised through the issuance of Sukuk bonds, and USD 1 billion from the International Monetary Fund (IMF).

Pakistan’s economy has become crippled under its mounting debts and loans from international organisations and friendly nations. In March 2021, the World Bank signed agreements with Islamabad to provide a loan of USD 1.336 billion, just days after the International Monetary Fund (IMF) agreed to release a tranche of USD 500 million loan.

Apart from world organisations, Pakistan has also been regularly borrowing from United Arab Emirates (UAE) which earlier this year demanded its USD 1 billion back from the debt-ridden economy. Last year, Pakistan had managed to pay back part of a loan secured from Saudi Arabia after its all-weather friend – China – came to Imran Khan’s rescue. A report by Pakistan’s Ministry of Finance information revealed that Saudi Arabia provided the neighbouring country a $6.2 billion financial package for three years in 2018 which Saudi claimed back “ahead” of its schedule. Pakistan had repaid the loan to Saudi after taking a loan of the same amount from China.

Its regular borrowings from China have, in turn, mounted its account. According to the annual financial statement that was released by the State Bank of Pakistan (SBP), Pakistan has had to pay over Rs 26 billion in interest cost to China to repay a maturing debt in the fiscal year 2020-21. Reportedly, the cash-strapped nation is also facing scores of “hidden debts” totalling $385 billion due to China’s Belt and Road Initiative (BRI) project.