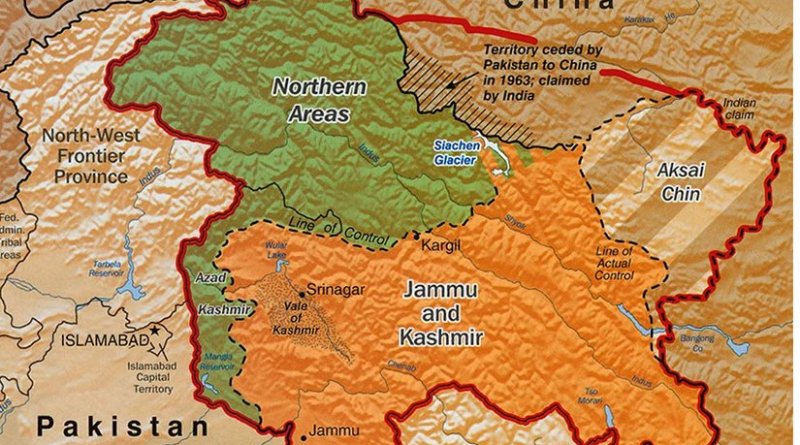 While the Pakistan backed Taliban was rapidly gaining ground in Afghanistan, there was widespread apprehension that once it came to power, Rawalpindi would demand its pound of flesh by directing Kabul to divert its fighters into J&K. Since this had already happened in the 1990s, after the then Soviet army had left Afghanistan, it was but natural to expect a replay after US forces left and the Taliban seized Kabul. Accordingly, there are some who are linking the recent attacks on minority communities in Kashmir Valley with the Taliban takeover of Kabul.

With Pakistan army chief Gen Qamar Bajwa reiterating that “Pakistan Army firmly stands by the Kashmiris in their just struggle to the very end,” and qualifying that “We are prepared and shall go to any extent to fulfil our obligations…,” there’s a distinct possibility that Taliban fighters could their way into J&K. However, nothing could be more dangerous than jumping the gun by ascribing the recent killings of minority community members in Kashmir Valley to Taliban ideology, since this is exactly what Inter Services Intelligence [ISI] of the Pakistan army ,which is overseeing proxy war in J&K, wants.

Revocation of Article 370 on August 5, 2019 and TRF coming into existence soon thereafter provides a vital clue regarding the emergence of this terror group. It needs to be understood that by abrogating Article 370, New Delhi virtually pulled the carpet from under Rawalpindi’s feet. Why I say Rawalpindi, and not Islamabad, is because it’s no secret that Pakistan’s Kashmir policy has always been the sole preserve of the army.

Immediately after Article 370 abrogation, the Government of Pakistan had announced its unconditional support to the separatist movement in J&K. Therefore, if the Pakistan army [like all militaries in democracies the world over] was subservient to the legislature and only implementing Islamabad’s decisions, then isn’t it’s support for what it refers to as “just struggle” in Kashmir axiomatic?

So, where was the need for Gen Bajwa to make a pledge that Pakistan Army firmly stands by the Kashmiris in their just struggle to the very end”?  Furthermore, doesn’t the next part of Gen Bajwa’s statement about the Pakistan army being prepared and determined to go to “any extent to fulfil our obligations,” clearly indicate a paradigm shift in Rawalpindi’s proxy war strategy in J&K.

Even though it never had any legal grounds to stake a claim on J&K, Pakistan has nevertheless been fooling its own people and proxies by contending that J&K is under “illegal occupation” of India by selectively referring to UN resolutions and quoting them out of context. However, after New Delhi abrogated Article 370, Islamabad in a knee jerk reaction, took this issue to the United Nations Security Council [UNSC] and even announced that it would also approach the International Court of Justice [IJC] regarding the same.

With UNSC refusing to entertain Islamabad’s request for debate on legality of Article 370 abrogation and instead holding a closed-door informal general meeting on J&K, in which neither were the proceedings recorded, nor any statement issued, Islamabad ended up vindicating India’s stand on J&K. As far as approaching ICJ was concerned, with its IJC counsel Barrister Khawar Qureshi admitting that “…in the absence of these pieces of evidence [of alleged atrocities in J&K], it is extremely difficult for Pakistan to take this case to the ICJ,” Islamabad wisely chose not to exercise this option.

Subsequently, by admitting that “… anybody looking at India and Pakistan and what is going on in Kashmir sitting elsewhere may have a different view and they may see Jammu and Kashmir as an inalienable part of India,” the erudite barrister Qureshi hammered-in the last nail on the coffin of Pakistan’s already tottering Kashmir narrative. Stung by Pakistan Peoples Party [PPP] leader Bilawal Bhutto Zardari’s caustic remark of how “Earlier, Pakistan’s policy on Kashmir was on how we will take Srinagar. Now, under Imran Khan’s government, we have been forced to think on how we will save Muzaffarabad,” a miffed Gen Bajwa decided to confront the desperate situation that had arisen due to Article 370 abrogation by adopting desperate measures.

This is how and why TRF came into being.

Shape of Things to Come

While Gen Bajwa may refer to the ongoing terrorism in J&K as a “just struggle,” his claim doesn’t have any takers, and with TRF running amok and targeting minorities, he’s made things even more embarrassing for Islamabad. However, while the international community may condemn killing of innocent people belonging to religious minorities in Kashmir, ultimately, it’s New Delhi that has to take appropriate actions to thwart Rawalpindi’s nefarious designs by revisiting its Pakistan policy and taking tough decisions, even if it upsets others.

Today, Pakistan is indeed in a fix on the J&K issue. Its diplomatic offensive has drawn a blank and its army lacks the capability to wrest control and settle the ‘K’ issue in its favour. Accordingly, its “Kashmir Banega Pakistan” [Kashmir will become part of Kashmir] dream is destined to remain unfulfilled. So, even though it’s become abundantly clear to Rawalpindi that its ambitious plan to avenge ‘East Pakistan’ has failed miserably, the military’s super-inflated ego will never accept the reality.

In any case, since those being killed in its proxy war are Kashmiris, Pakistan army has nothing to lose, because right from the beginning, its real aim wasn’t “liberation” of Kashmir but bleeding India through a “thousand cuts,” which it’s achieving.

In 1944, when the German army was unable to contain the allied forces’ advance, Adolf Hitler ordered Field Marshal Dietrich von Choltitz to ensure that “Paris must not fall into enemy hands except as a field of ruins.” Since destroying Paris would have given Germans no military advantage, it’s evident that Hitler gave this outrageous order only to soothe his chaffed ego and take perverse delight in the fact that if he couldn’t have the beautiful city of Paris, then no one else would!

Kashmir today seems to be facing a similar situation because after seeing the mayhem being orchestrated by ISI in Kashmir Valley, two things are evident. One, Rawalpindi is convinced that just like in 1947 and 1965, Kashmiris have yet once again let the Pakistan army down by not toeing its line and hence deserve no sympathy. Two, if Pakistan can’t have what Mughal Emperor Jahangir had referred to as ‘paradise on earth’, then it will ensure that the Kashmir is turned into a veritable hell!

So, it’s high time Kashmiris see through Pakistan’s motivated agenda and how Rawalpindi is using them as cannon fodder in its proxy war with India. Instead of being mere pawns of Pakistan and suffering, don’t Kashmiris deserve to become masters of their own destiny?