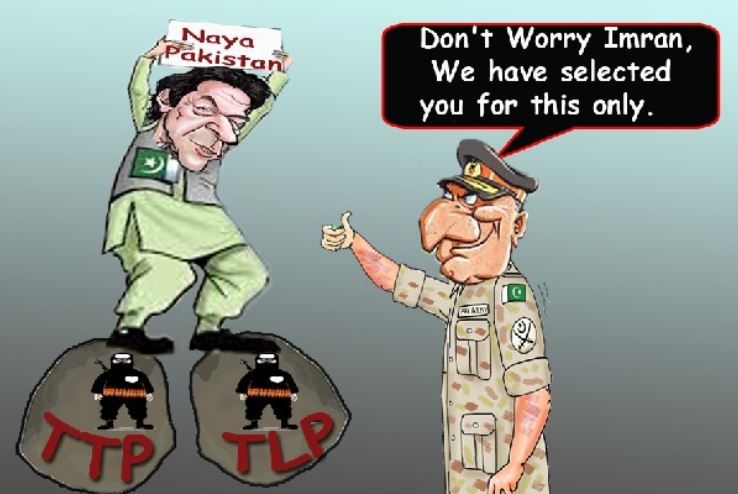 Imran Khan has been in the politics of Pakistan for last two decades, however, failed to make an impact. Till 2017, his charming contributions to Pakistani political space have been abusing any and every government in place, Civilian and Military alike.

2018 Deal with Pakistan Army changed his fortunes, albeit immortalized the phrase “PM Select” (metaphor indicating that he was selected by Pakistan Army rather than being elected).

Pakistan Army, in a bid to ouster both Bhutto-led PPP and Nawaz-led PML(N), found a willing mule, whom the Army and its ISI can easily steer: Imran Khan. With little success except in 2013-14 in Khyber Pakhtunkhwa(KPK), Imran Khan had been a prodigal bafoon, an embarrassment to the establishment. Right from asking Pakistan Army to apologize for 1971 Bangladesh genocide, to opposing the siege of Lal Masjid and opposing US Drone strikes against the Taliban(earning the nickname Taliban Khan).

With Maulana Fazlur Rehman’s Azadi march breathing down his political neck, Imran Khan is said to have paid in billions to the Political Parties supporting it; including the PPP and PML(N), in exchange for an equal number of seats in upcoming elections.

Hence in the elections in Gilgit Baltistan, seats were distributed and elections were rigged by Pakistan Army in a mathematical fashion.