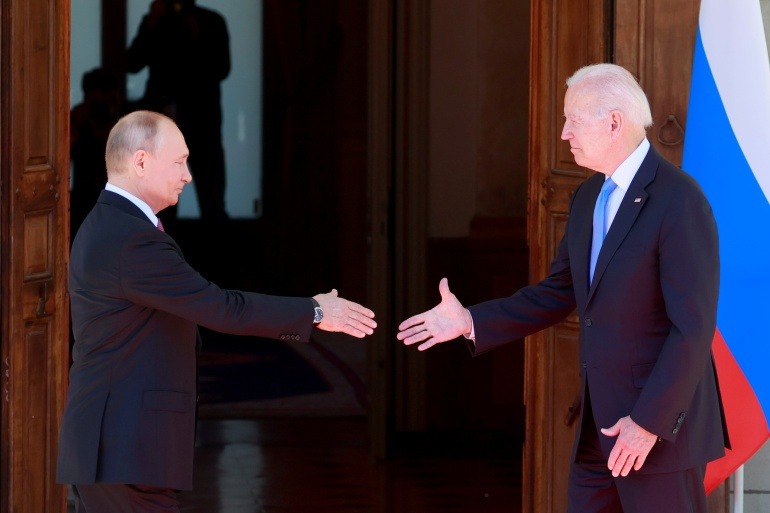 The deployment of thousands of Russian troops on Ukraine’s borders has stoked fears among the international circle for long-term peace and stability in the region and beyond, as USA and EU have warned Russia against such actions, saying stringent sanctions could be imposed in case of a possible invasion.

Amidst the prevailing tensions, Ukraine’s Foreign Minister believes that India’s stand in the ongoing crisis will make a strong impact on Russia to pacify the situation.

Addressing a press briefing on Wednesday, Ukrainian Foreign Minister Dmytro Kuleba in response to a question by Indian media said, “Ukraine is a friend and a partner of India and that India will find it unacceptable if Russia attempts to deal with the current crisis via military means or continues to destabilize Ukraine from within. If Russia hears this from the Indian government, it will be a very strong message of support and will make an impact.”

The statement by the Ukrainian Foreign Minister came in line after India called for an immediate de-escalation of tensions taking into account the legitimate security interests of all countries.

Speaking at a UNSC briefing, Indian Ambassador to UN, T.S. Tirumurti said, “We have been closely following the evolving developments relating to Ukraine, including through ongoing high-level security talks between Russia and the United States, as well as under the Normandy format in Paris.”

“India’s interest is in finding a solution that can provide for immediate de-escalation of tensions taking into account the legitimate security interests of all countries and aimed towards securing long term peace and stability in the region and beyond,” Ambassador Tirumurti added.

The intensification of Russia’s military buildup (deployment of more than 100,000 troops and heavy weapons) at the Ukrainian border, stoked fear of the possible invasion by Moscow. The possibility (of invasion) though denounced by Russia already saying it can deploy its forces on its territory however chooses.

Following the heightened tensions, two rounds of talks were held to pacify the situation through diplomatic channels. The first round of talks was held between US and Russia in and later the NATO-Russia Council Meeting was held in Brussels.

During the Russia-US talks, Moscow demands that the US-headed NATO military alliance end activity in Eastern Europe and Ukraine and demanded a guarantee that NATO never admits Ukraine and other ex-Soviet nations as members.
Tensions between Ukraine and Russia have been mounting since 2014, following Russia annexing Ukraine’s Southern Crimea peninsula. It is being believed that Russia is also backing rebels who seized large swathes of the eastern Donbas region.

Any further incursion into Ukrainian territory would be a tragic miscalculation, says UK PM Boris Johnson

In light to tensions on the Ukraine border, which stoked a possible fear of the Russian invasion of Ukraine, UK Prime Minister Boris Johnson expressed his deep concern against Russia’s hostile activity.

Earlier during a phone conversation with Russian President Vladimir Putin, PM Boris Johnson said, “I spoke to President Putin this afternoon to express my deep concern about Russia’s hostile activity on the Ukrainian border. Any further incursion into Ukrainian territory would be a tragic miscalculation. Dialogue and diplomacy is the only way forward.”

The UK government also announced new legislation in Parliament to toughen and expand the UK’s sanction regime in response to Russia’s aggression against Ukraine. Till now the UK was able to sanction those linked to the destabilization ok Ukraine but under the new legislation, individuals and businesses can be sanctioned due to their significance to the Kremlin.

On the other hand, in response to Russia’s continuing build-up of forces on its western border with Ukraine and in Belarus, the United States will move approximately 3,000 service members to Romania, Poland, and Germany.

Announcing the decision during a press briefing, Pentagon Press Secretary John F. Kirby said, “The United States is not the only nation beefing up troop presence in the front-line states. French President Emmanuel Macron also announced sending units to Romania and that Spain, Denmark, the United Kingdom, and the Netherlands are also consulting with allies to deploy forces to reinforce NATO’s eastern flank.”