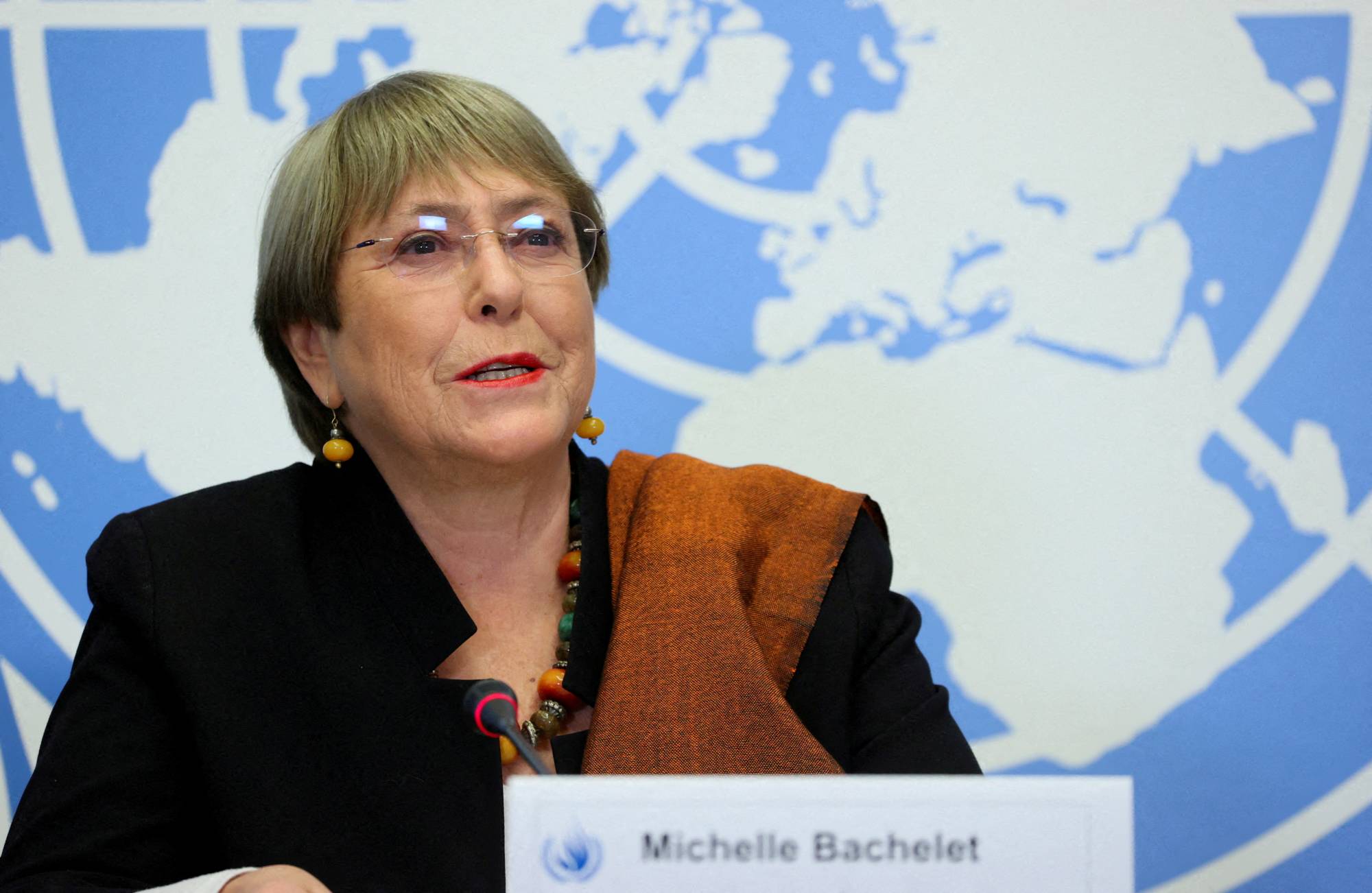 The UN rights chief came under fire Friday for announcing a visit next week to China’s Xinjiang, with the United States saying she was failing to stand up for the region’s Uyghur community.

After years of requesting “meaningful and unfettered” access to far-western Xinjiang, Michelle Bachelet will finally lead a six-day mission to China starting Monday, her office said.

The visit, at the invitation of Beijing, marks the first trip to China by a UN rights chief since Louise Arbour went there in 2005.

The United States, in forceful criticism, said it was “deeply concerned” that Bachelet, a former president of Chile, was going ahead without guarantees on what she can see.

“We have no expectation that the PRC will grant the necessary access required to conduct a complete, unmanipulated assessment of the human rights environment in Xinjiang,” State Department spokesman Ned Price told reporters, using the acronym for the People’s Republic of China.

Price also voiced alarm that Bachelet has not released a long-anticipated report on Xinjiang, where the United States and several other Western nations say Beijing is carrying out “genocide” against the Uyghurs and other mostly Muslim, Turkic-speaking people.

“Despite frequent assurances by her office that the report would be released in short order, it remains unavailable to us and we call on the high commissioner to release the report without delay and not to wait for the visit,” Price said.

Her “continued silence in the face of indisputable evidence of atrocities in Xinjiang and other human rights violations and abuses throughout the PRC is deeply concerning,” he said, saying Bachelet should be a leading voice on human rights.

Bachelet herself has been demanding access to all regions of China since she took office in 2018.

She has repeatedly voiced concern about allegations of widespread abuses in Xinjiang but has been criticised for not taking a strong enough stance.

Rights campaigners accuse the ruling Communist Party of widespread abuses in the name of security, saying at least one million mostly Muslim people have been incarcerated in “re-education camps” in a bid to forcibly integrate them into China’s Han majority.

Beijing has vociferously denied genocide allegations, calling them the “lie of the century” and arguing that its policies have countered extremism and improved livelihoods.

In March, the UN rights office announced an agreement had finally been reached on arranging a visit.

Bachelet will meet “a number of high-level officials at the national and local levels”, her office said Friday, adding that she would “also meet with civil society organisations, business representatives, academics, and deliver a lecture to students at Guangzhou University.”

An advance team was sent to China several weeks ago to prepare the visit, and has completed a lengthy quarantine in the country, currently in the grip of fresh Covid outbreaks.

Bachelet, who will not need to quarantine, is not travelling to Beijing due to Covid restrictions but will go to Kashgar and Urumqi in Xinjiang.

Despite Bachelet’s demands for unfettered access, rights groups noted that the terms of the visit have not been disclosed.

They have voiced concern that Chinese authorities, who have always insisted they were only interested in a “friendly visit”, could manipulate the trip.

“It defies credibility that the Chinese government will allow the high commissioner to see anything they don’t want her to see, or allow human rights defenders, victims and their families to speak to her safely, unsupervised and without fear of reprisal,” Sophie Richardson, the China director of Human Rights Watch, said in a statement.

The trip is not without risk for Bachelet, who is nearing the end of her four-year term and has not indicated whether she will seek a second mandate.

A spokeswoman for Bachelet said Tuesday that the long-delayed report on Xinjiang would not be released before her trip and that there was no clear timing for making it public.