Delimitation panel seeks 6 more seats in Jammu, one in Kashmir 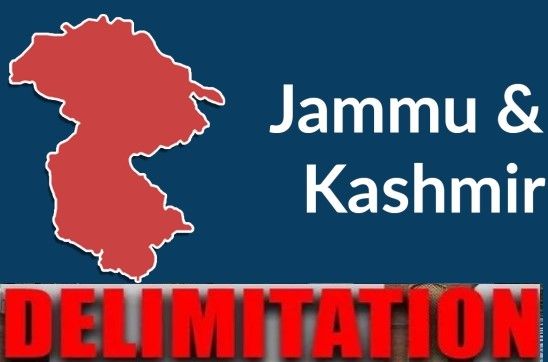 A commission redrawing poll constituencies in Jammu and Kashmir on Monday proposed adding six assembly seats in the Jammu region and one in Kashmir, sparking sharp responses from parties in the Valley that condemned the proposal and distanced themselves from the process.

The three-member delimitation commission also proposed reserving nine seats for scheduled tribes and seven for scheduled castes, a first in the Union Territory. The panel presented the draft to five associate members, who belong to the Bharatiya Janata Party and the National Conference, and asked for their responses by December 31.

“Six additional constituencies have been proposed in Jammu and one in the Valley,” said a person with knowledge of developments. “The commission has circulated a draft paper containing the details of how the proposal was formulated and circulated among the associate members.”

If the proposal is cleared, the total number of poll constituencies will rise from 83 to 90, with 43 in the Jammu region and 47 in Kashmir. In the current state House, Jammu has 37 members and Kashmir has 46.

The draft sparked furious responses from mainstream parties in the Valley, which accused the panel of disenfranchising Kashmir. The NC, which had agreed to participate in the process, said it won’t sign the draft proposal and the Peoples Democratic Party (PDP), which had boycotted the panel’s work, said the commission was serving the BJP’s political interests. The BJP said the commission did a tremendous job and any reaction before the official report was premature.

“The draft recommendation of the J&K delimitation commission is unacceptable. The distribution of newly created assembly constituencies with 6 going to Jammu & only 1 to Kashmir is not justified by the data of the 2011 census,” tweeted former chief minister Omar Abdullah.

The delimitation commission, which aims to carve out new poll constituencies in the region, was set up in March 2020 with five parliament members from the UT as associate members. The delimitation process is important because it is the first step towards holding fresh elections in the region that has been under central rule for three years.

Jammu and Kashmir lost its special status and statehood on August 5, 2019, when the central government moved to void Article 370 of the Constitution. At a landmark all-party meeting in June, Prime Minister Narendra Modi told leaders of political parties that statehood will be restored after fresh elections are held in the region, on the basis of the delimitation process.

But parties from the region, which remains bitterly opposed to the scrapping of its special status, want statehood to be restored before delimitation and elections – a demand rejected by the Centre.

Senior deputy election commissioner Chandra Bhushan Kumar explained that the delimitation commission categorised all 20 districts in three broad categories A, B and C giving margin of +/- 10% of average population per assembly constituency while proposing allocation of the constituencies to the districts. “The commission has also, for some districts, proposed carving out of an additional Constituency to balance the representation for geographical areas having inadequate communication and lack of public conveniences due to their inhospitable conditions on the international border. For the first time, in Jammu and Kashmir, 9 (Nine) seats are proposed to be allocated for scheduled tribes out of 90 seats on the basis of population. Seven seats are proposed for scheduled castes,” the statement added.